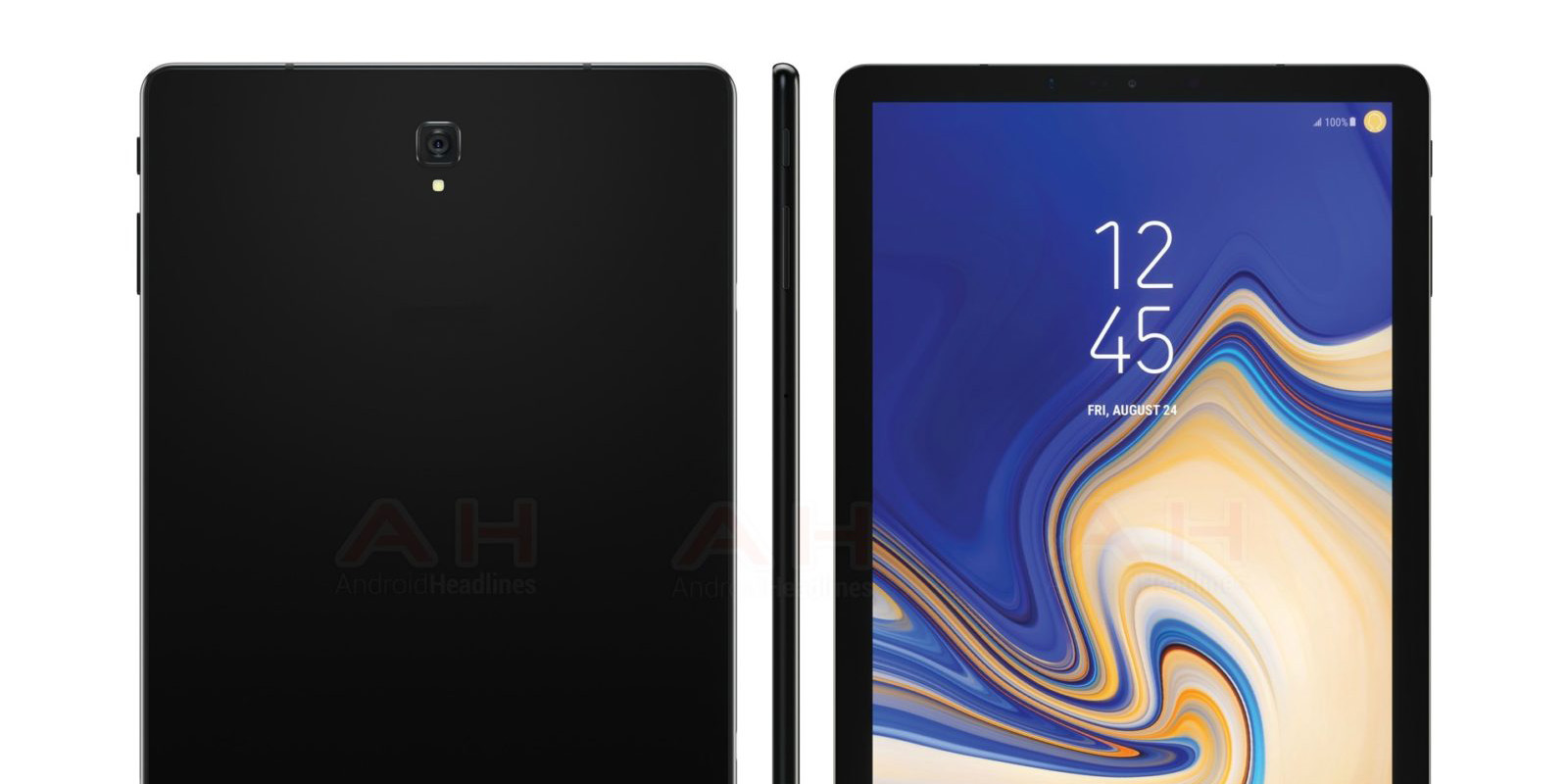 While Android tablets might be dead, Samsung has been rumored for quite some time to launch a new Galaxy Tab this year. Today, the first alleged images of the device have hit the web.

Samsung has been rumored for quite some time to refresh last year’s Galaxy Tab S3, but it’s been unclear exactly what the company has had in mind for the device. Now, these new renders (via Android Headlines) are revealing a few new details.

For one, it shows off a device with slimmer bezels, a bigger display, and most notably, a lack of physical home button. Removing this part of the device makes sense, as Samsung has been removing the physical buttons from its Android smartphones, but last year’s tablet kept the button. Rumor has it that Samsung is implementing an iris scanner to retain biometric login, but it’s unclear if that’s the case in these images.

The display here is expected to measure in at 10.5-inches, and it’s quite obvious that Samsung has ditched the 4:3 aspect ratio. It’s unclear exactly what we’re dealing with here, but it certainly looks closer to a more standard 16:9. Like the Tab S3, the S4 appears to use speakers as a selling point with the “Tuned by AKG” branding on the back alongside the Samsung logo. 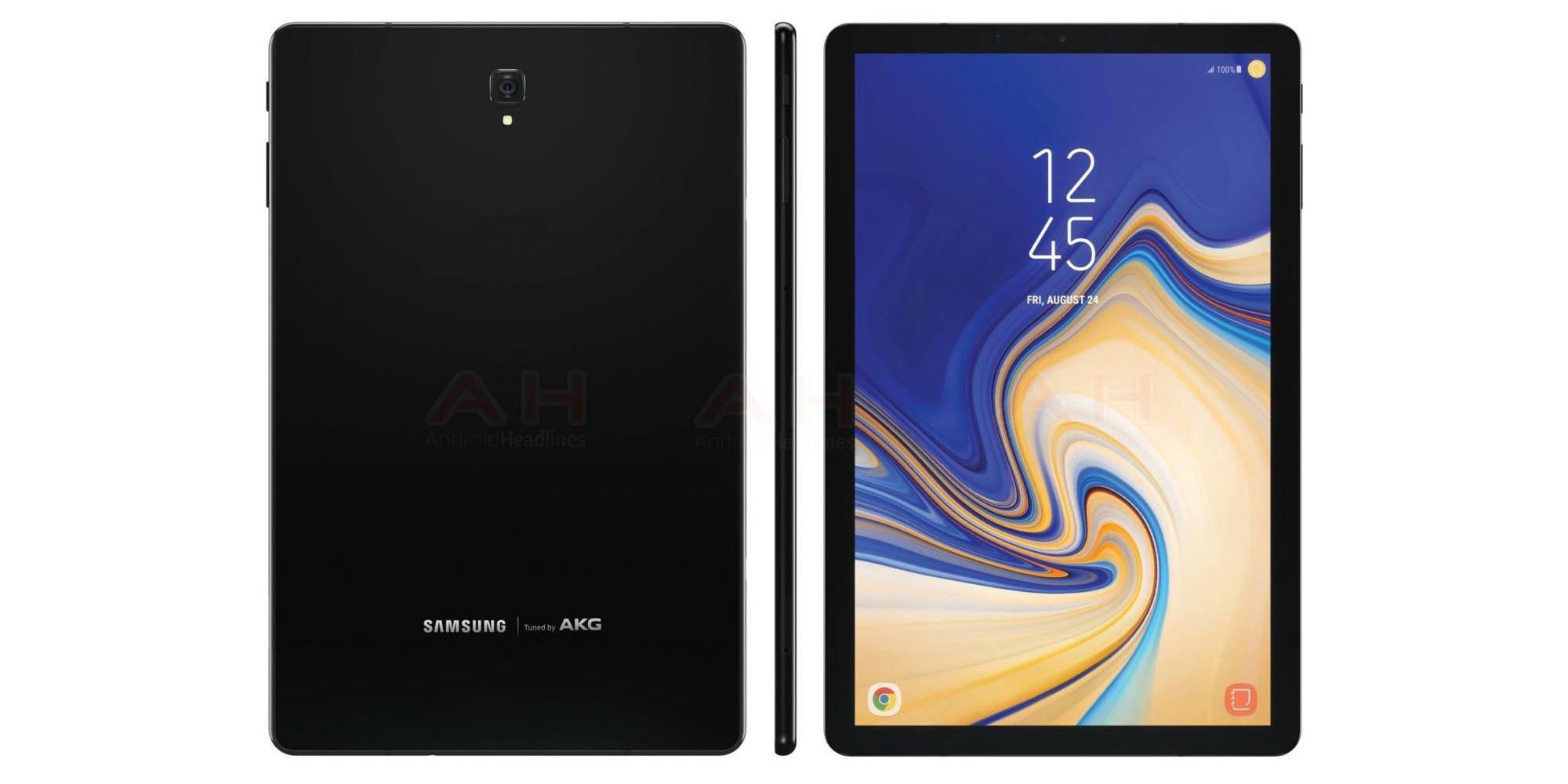 Other rumors surrounding the Galaxy Tab S4 point toward a pretty impressive device overall, offering specs such as Android 8.1 Oreo, a Snapdragon 835, 4GB of RAM, a 7,300mAh battery, and more. It’s not completely clear when the company plans on launching this device, but it’s very possible that next month’s Galaxy Note 9 launch will see its debut.