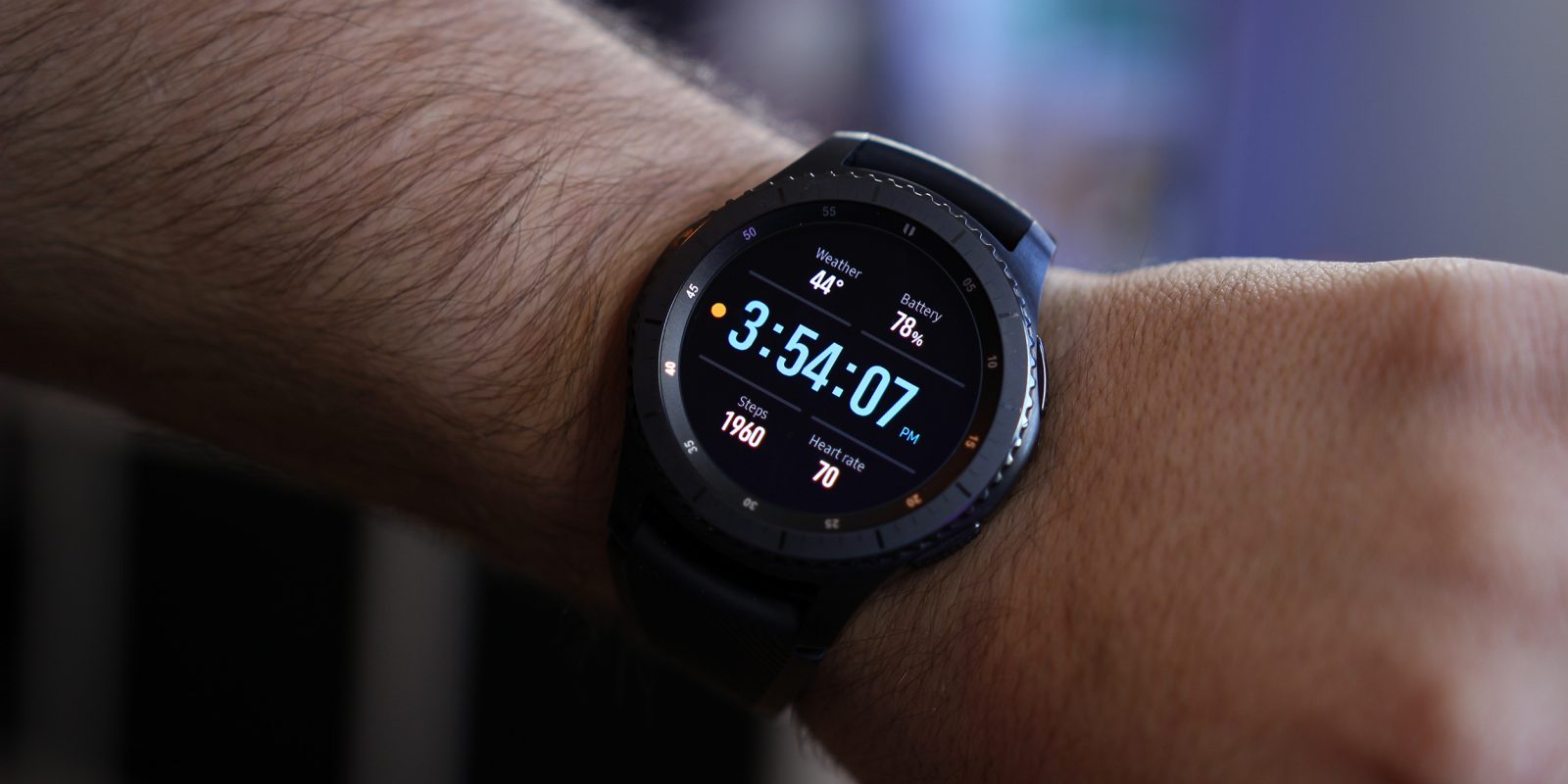 While Samsung’s Galaxy Watch is right around the corner, the company isn’t one to give up on older smartwatches. This week, a new update is starting to roll out to Gear S3 owners to fix a couple of charging issues.

Noted by Reddit users and SamMobile, a new update is rolling out to some Gear S3 owners which focuses on fixing an issue with charging.

Following an update to Tizen 3.0, many Gear S3 owners noticed a problem with charging where the watch simply wouldn’t charge up to 100%. The device would get to around 90% before overheating on the charger. Users would then need to take the watch off of the charger to give it time to cool down, at which point it could be placed back on the charger to reach 100%. While previous updates did fix a lot of battery concerns, they didn’t address this specific issue.

Now, a 16MB update with the build number R760XXU2CRG3 (Gear S3 Frontier) and R770XXU2CRG3 (Gear S3 Classic) is rolling out to fix this. The update’s brief changelog mentions adjusting battery charging algorithms to address the problem. It’s unclear if this update is rolling out worldwide, but you can check on your own device by opening the Gear app and going to Settings > About Gear > Update Gear Software. 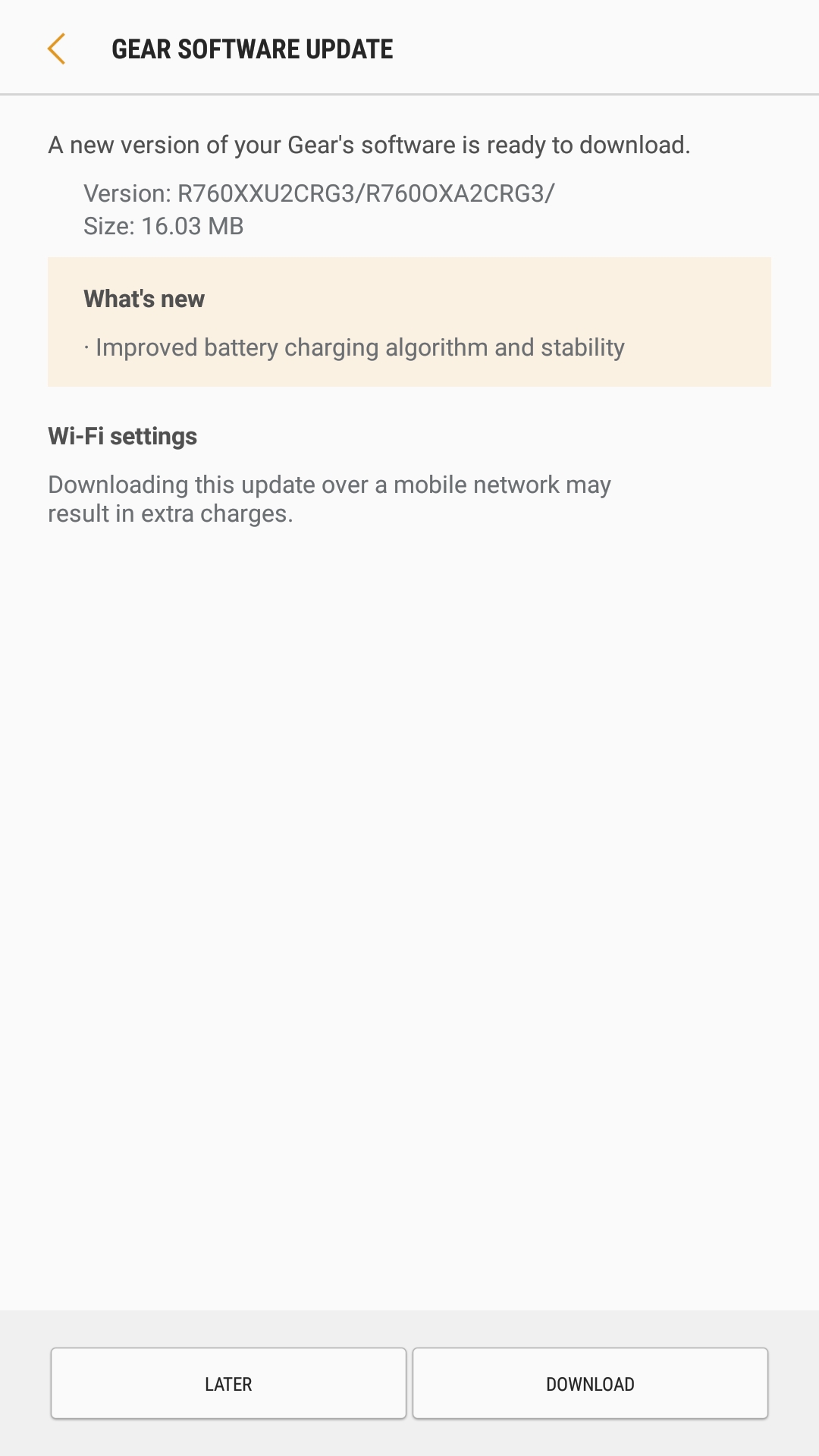