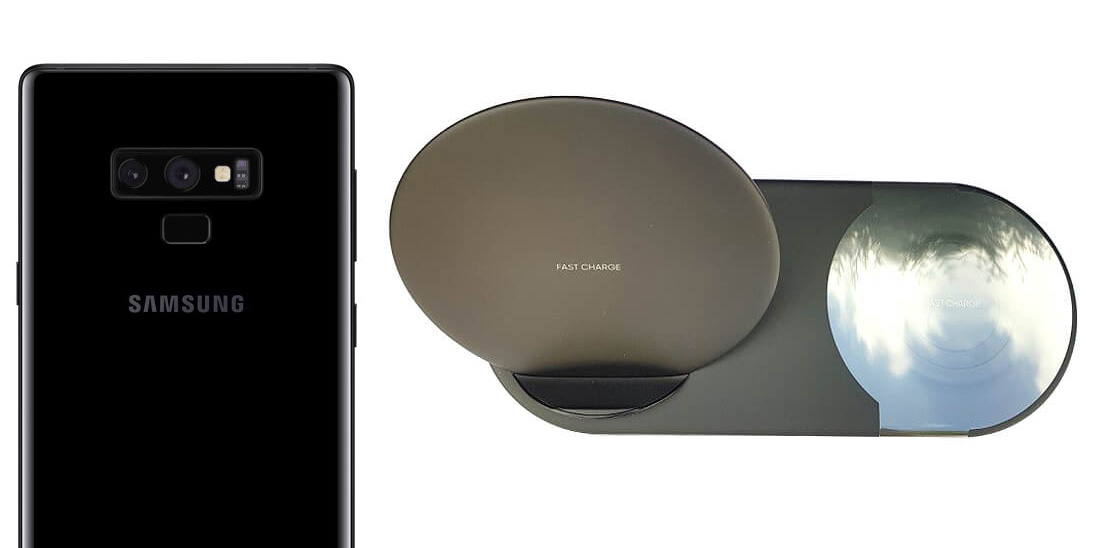 Things are speeding up when it comes to leaks ahead of Samsung’s upcoming Note 9 launch. Today, we’ve got two new sets of leaked images showing off the company’s new smartphone, as well as the Wireless Charger Duo in more detail…

We first caught word of Samsung’s Wireless Charger Duo over the weekend, but the initial leak only showed us the accessory’s packaging. Now, LetsGoDigital has released a couple of images of the product out of the box, giving us a few more details on it.

As noted in the first leak, this product is designed to let you charge two devices at once, whether that be two smartphones or a phone and the upcoming Galaxy Watch. The design here has a stand for one phone, and as noted in the previous leak, a pad for the second phone or watch. Notably, there’s a USB-C port on the back for powering the charging pad, and the charging brick and cable are both included with the pad.

Apparently, this new product will also cost a fair bit. LetsGoDigital says that the retail price is €75, which means we’ll likely see a price around $75 in the US. 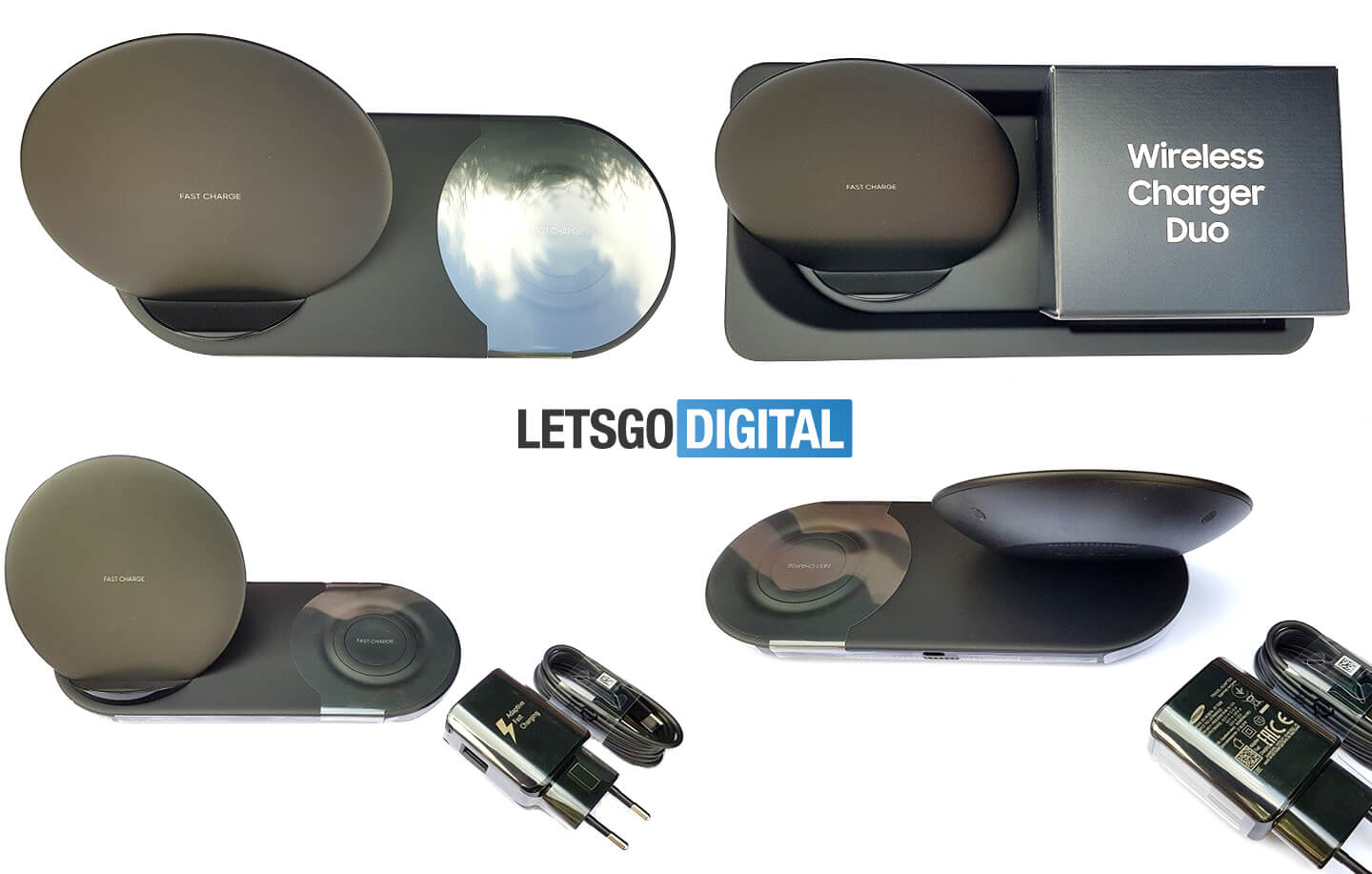 Along with that, WinFuture has also released a few new images of the Galaxy Note 9. These new images don’t give us any new details regarding the hardware itself, but they do give us our highest resolution look to date of the device in black and blue.

Samsung is set to unveil the Galaxy Note 9, and likely the Wireless Charger Duo, on August 9th at an NYC-based event.