Android Auto is easily the most convenient way to interact with media in your car, whether that’s on a head unit or just on your phone’s own display. Oddly, Google’s recently-launched Podcasts app hasn’t properly supported Auto, but it seems that may be changing soon.

Podcasts has been popping up with Android Auto here and there for some users. For some, it’s showed up when starting an Auto session while the phone is already streaming a podcast. When it does that, though, it doesn’t do anything further with no interface showing up within the Auto experience.

According to an Android Police reader, though, Google Podcasts is starting to show up in the media carousel on Android Auto. However, this functionality clearly isn’t fully finished. The option to select from Podcasts still shows the Google app icon, which makes sense seeing as Podcasts is technically part of the Google app.

Along with that, the media screen itself doesn’t properly show all the information either. Clearly, Google isn’t finished adding this functionality, but it’s definitely coming together. Hopefully, a proper launch is coming soon. 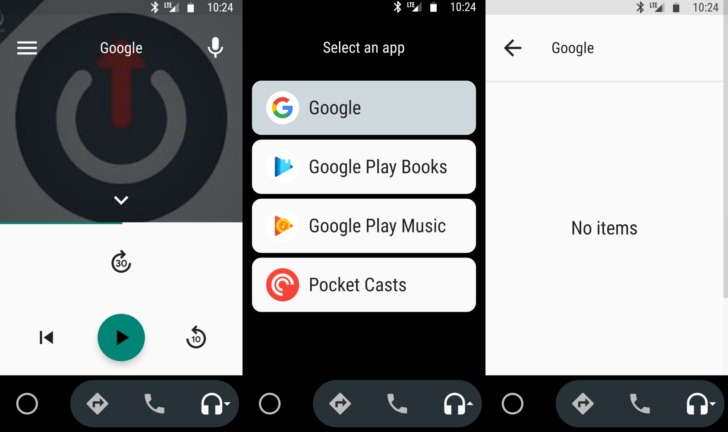