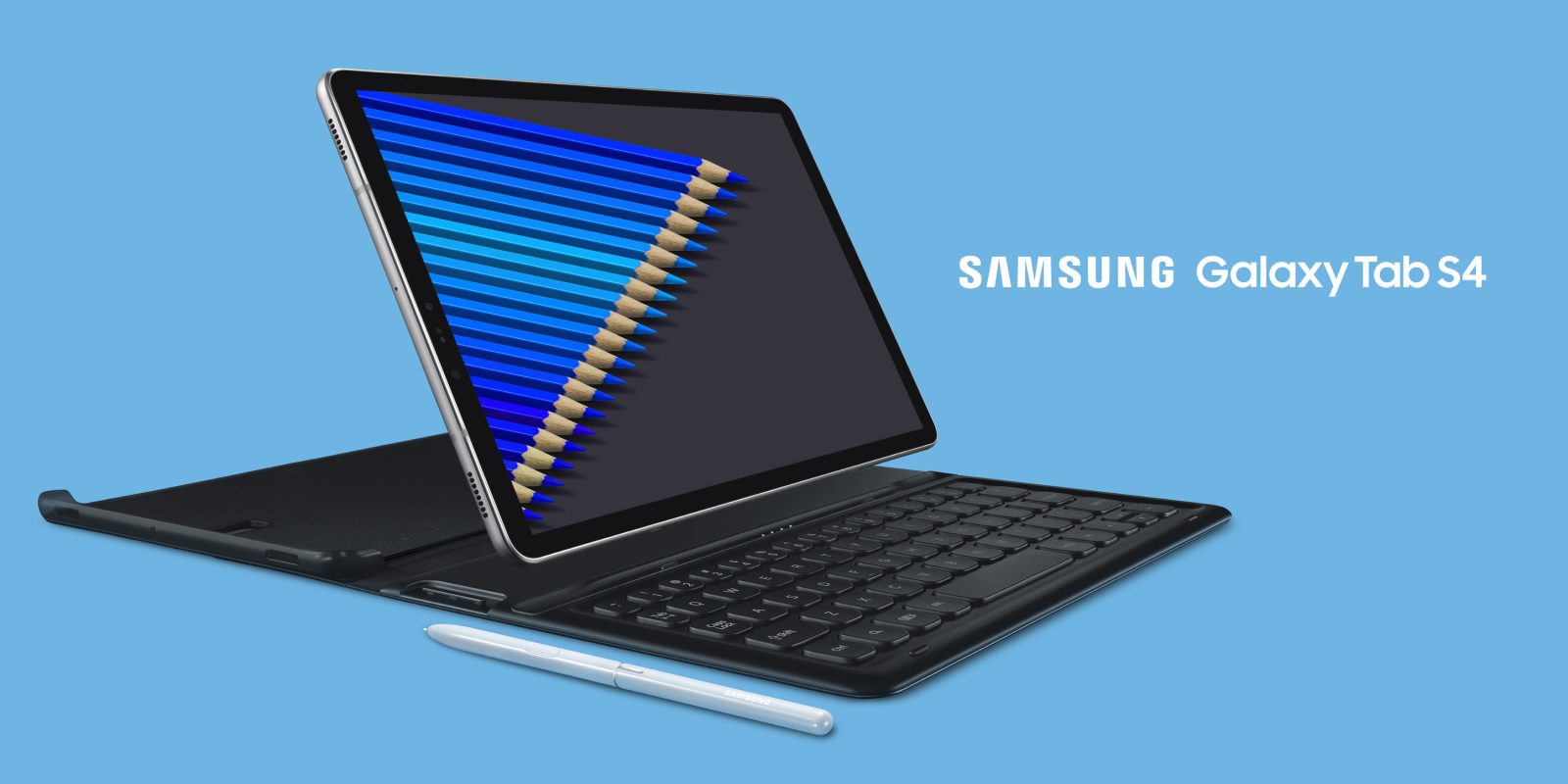 Over the past few weeks we’ve been hearing a lot about Samsung’s Galaxy Tab S4, and today the company has made its latest flagship tablet offering official.

Announced ahead of its Galaxy Note 9 launch next week, the Galaxy Tab S4 has been revealed in a post on Samsung’s Newsroom. The new premium tablet shares a lot in common with the Tab S3 from last year, and it’s more notable new addition is a desktop interface courtesy of DeX.

Starting off with the DeX integration, Samsung has brought the same desktop-like interface that its smartphones can show on a monitor via a dock, but it works natively on the Tab S4’s 10.5-inch display. The DeX interface works with apps like Microsoft’s Office suite and lets users resize apps with multiple windows open at once. This interface only opens, though, when the device is attached to Samsung’s keyboard cover.

With the Galaxy Tab S4, Samsung is bringing Samsung DeX to the tablet for the first time. When connected to the optional Book Cover Keyboard (sold separately) or launched from the Quick Panel, the Galaxy Tab S4 powers on Samsung DeX, giving users the option to switch from the Android interface to a desktop experience. With Samsung DeX, you can open multiple desktop-style windows for your Android apps, including the Microsoft Office suite, directly on the Galaxy Tab S4, and re-size them when needed. Drag and drop content between apps and use keyboard shortcuts and commands for efficiency. 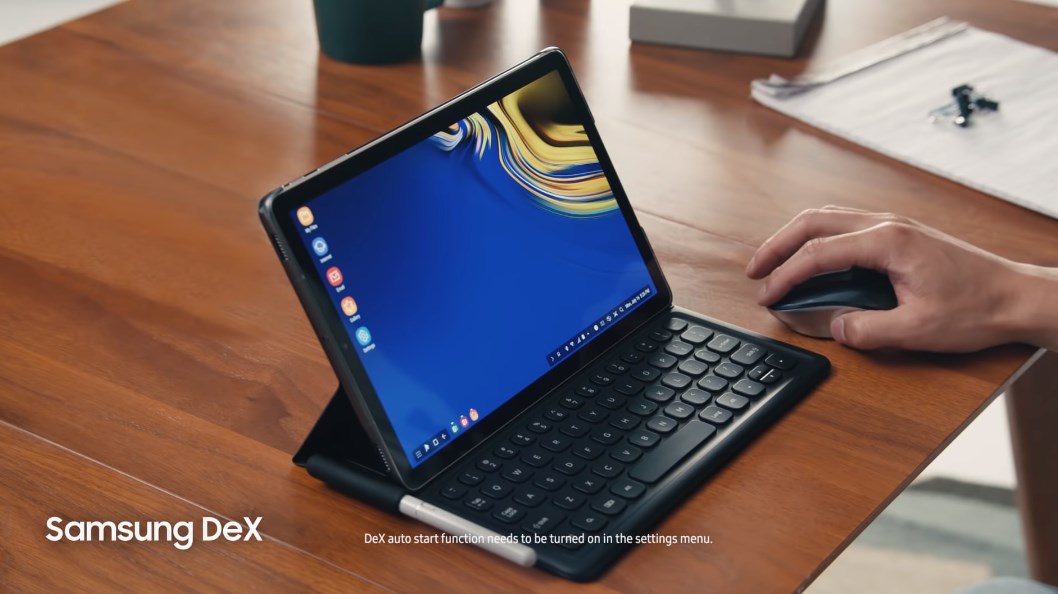 DeX can also be displayed on a larger monitor with the use of a USB-C to HDMI cable, and the tablet itself can even still be used with a standard Android interface while in this mode.

Another point Samsung advertises on the Galaxy Tab S4 is productivity with the S-Pen. Like with the Tab S3, this is included in the box and gives users the ability to use Screen-Off Memo, take notes in Samsung Notes, and use the Live Message feature which debuted on the Note 8.

As expected, the Galaxy Tab S4 has a larger 10.5-inch, 2560×1600 AMOLED display with a 16:10 aspect ratio and narrower bezels. This also eliminates the physical home button, replaced with on-screen navigation, and the fingerprint reader, replaced with an iris scanner. Samsung is also once again touting AKG audio on the Tab S4 with Dolby Atmos in tow. 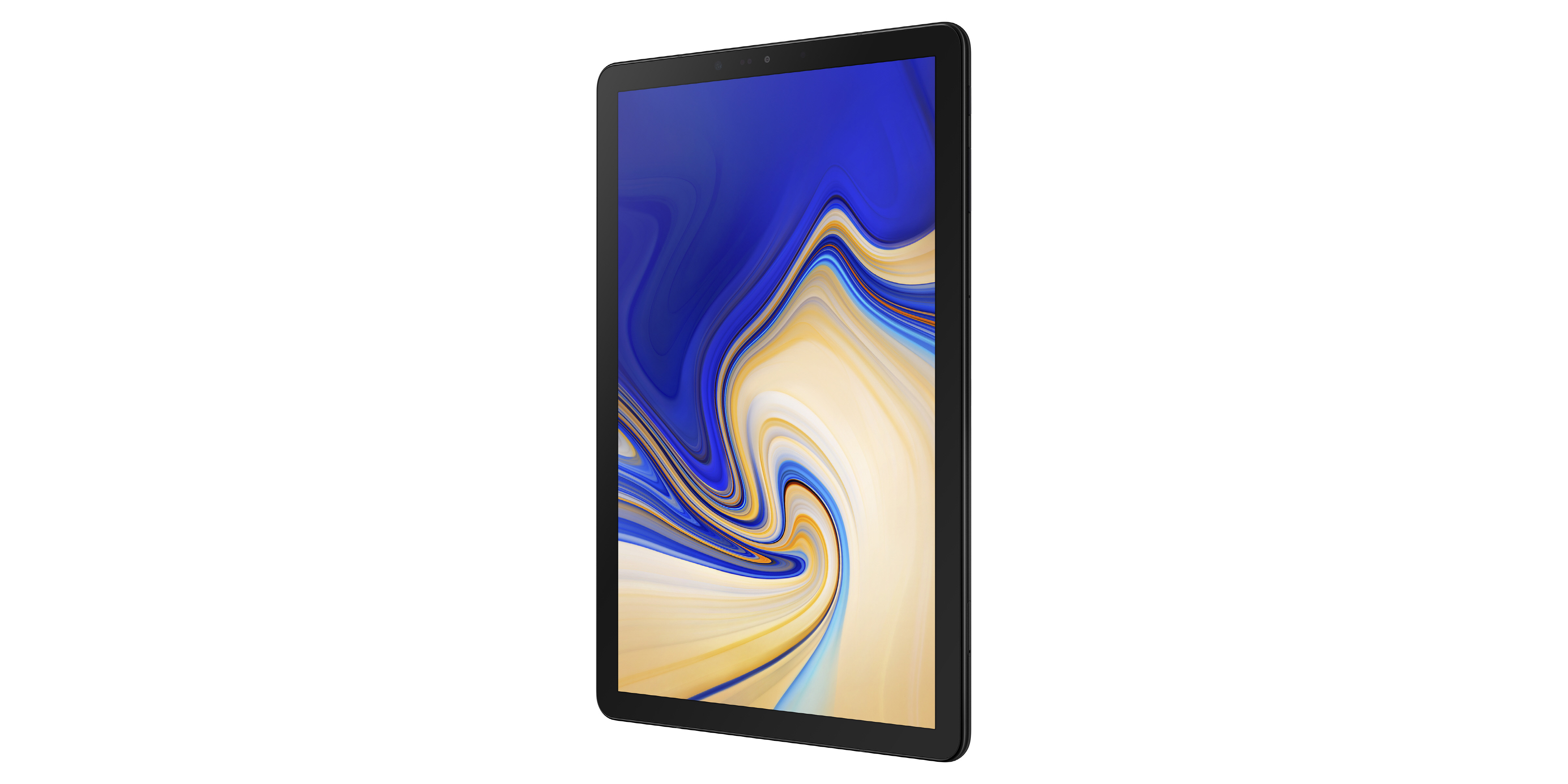 Powering the experience, the Tab S4 has a Snapdragon 835 chipset, 4GB of RAM, 64GB or 256GB of storage, and Android 8.1 Oreo. There’s also a 7,300 mAh battery with USB-C and fast charging, as well as a 13MP/8MP camera array and optional LTE. Pricing starts at $649 and the tablet will be available next week through Best Buy, Amazon, and other select retailers.