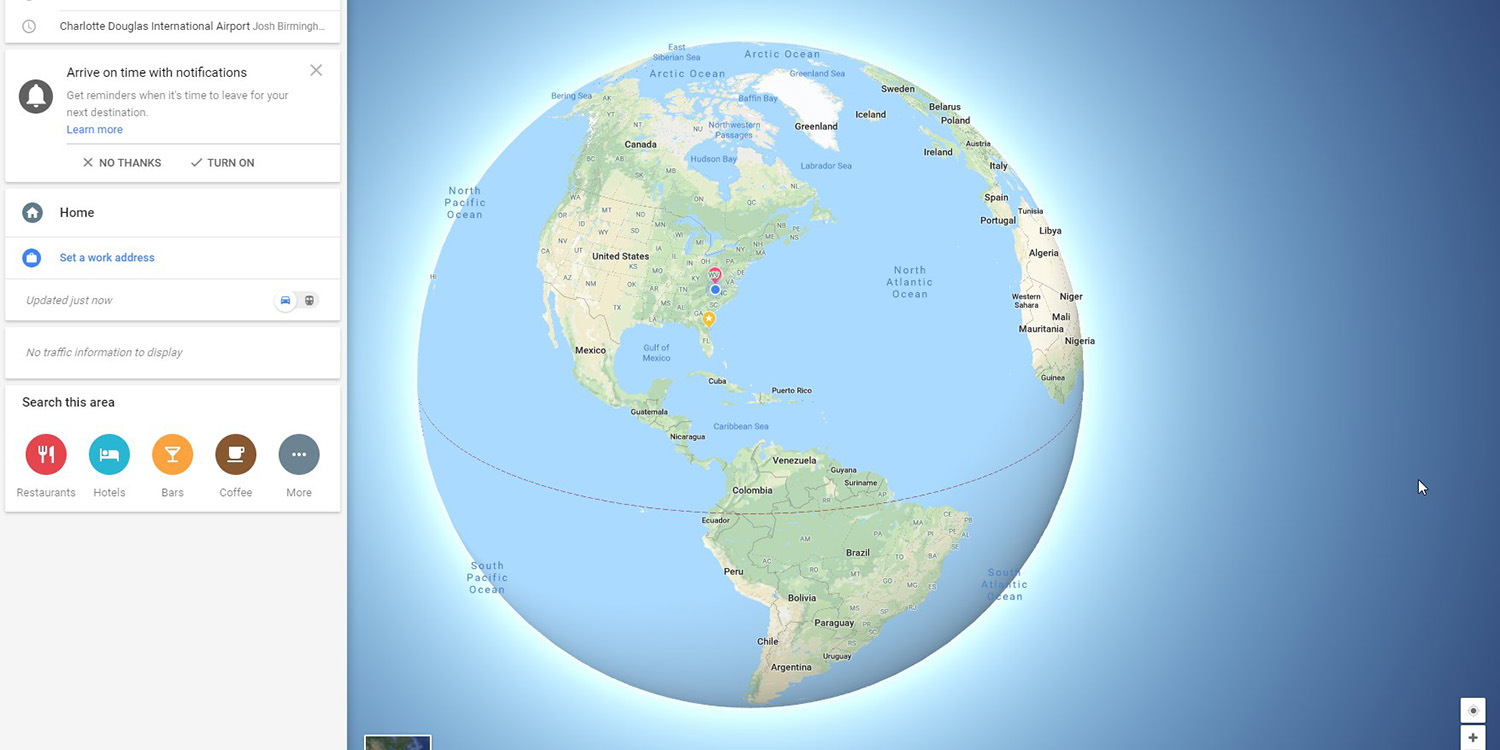 Google Maps is the most popular online navigation tool on the planet, but until recently, it only showed a flat depiction of the Earth when you zoomed out. Now, Maps finally shows a globe.

While many might chalk up this move to something against the “Flat Earther” movement, it’s also a move that gives users a more accurate representation of size on the planet. One big example of this is that of Greenland. On a flat map, the large island looks about the same size as the continent of Africa. Thanks to the new globe depiction, there’s a far more accurate representation here.

For now, this change only applies on the desktop, as mobile apps don’t offer this just yet. On the desktop, though, this new change works on modern browsers including Chrome, Firefox, and Edge, and it’s all powered by WebGL as VentureBeat points out.

This change should be rolled out to all Google Maps users now.

With 3D Globe Mode on Google Maps desktop, Greenland's projection is no longer the size of Africa.