For the most part, the redesigned Gmail that launched in April maintained feature parity with the previous iteration. However, one minor grievance did emerge over the lack of a Google Contacts shortcut. This was an intentional change with Google now removing the Contacts shortcut and experience from legacy Gmail.

For several years, Gmail featured a dropdown in the top-left corner underneath the Google logo. This menu provided quick access to related productivity services like Contacts and Tasks.

While the latter app opened as a pop-up window in the bottom-right corner, Contacts launched an “embedded contacts feature” that’s reminiscent of the classic, non-Material Contacts Manager.

Google is now removing access to this iteration of Contacts from legacy Gmail to “create a more consistent, streamlined Google Contacts experience.” However, it will still remain accessible via other methods.

User are advised to visit Contacts — either the new Contacts preview from 2017 or classic Contacts Manager — by visiting the URL directly or through the app launcher in the top-right corner of every Google site.

This change comes as the legacy Gmail will still be available until October 16th. The new Gmail rolled out to regular users in July, while G Suite accounts will begin transitioning on August 21st. On September 18th, enterprise users will automatically be migrated, but can continue using the legacy version until October. 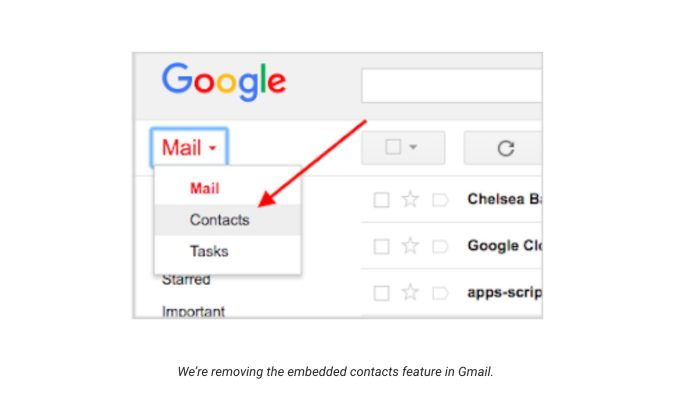 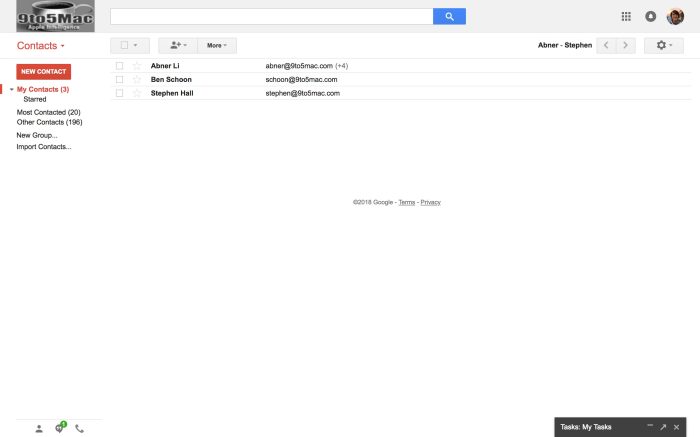