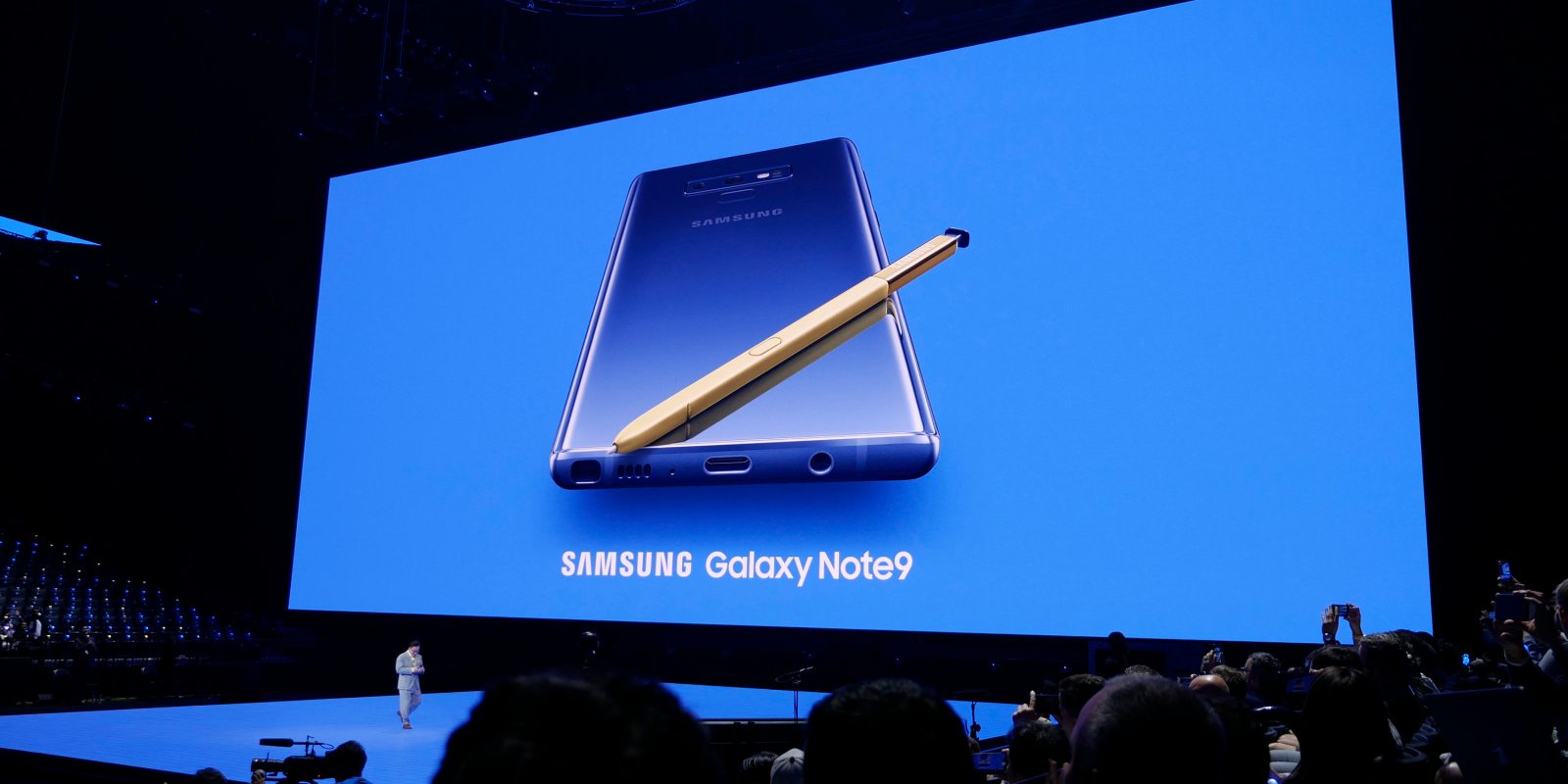 After several months of rumors and leaks, Samsung has finally “unpacked” the Galaxy Note 9 today at an event in New York City. Here’s everything you need to know.

As everyone was expecting, Samsung’s Galaxy Note 9 isn’t a huge overhaul of the Note 8 that came before it. We’re still looking at Samsung’s “Infinity Display” design, this time with a 6.4-inch 2960×1440 SuperAMOLED display. Samsung has slightly slimmed down the bottom bezel on the Note 9 as well, but the dimensions are pretty much unchanged from the Note 8.

Powering the experience, Samsung has a Snapdragon 845 chipset at the core with either 6GB or 8GB of RAM depending on the variant you pick up. There’s also 128GB of storage on the base model, with a 512GB option coming in as the upgraded model with a full 8GB of RAM on board.

Samsung has also revamped the Note’s standout feature, the S-Pen, for the first time with the Galaxy Note 9. The S-Pen not only comes in new colors, but it is Bluetooth connected to your phone. This enables handy features such as being able to use it as a remote shutter button for the camera, as well as a remote for presentations.

The Note 9 also comes out of the box with Android 8.1 Oreo, but Android 9 Pie should arrive at some point in the not-too-distant future.

DeX has also gotten a big upgrade on the Note 9. No longer is the DeX dock add-on required, with a simple USB-C to HDMI adapter giving users the ability to project the interface up on a TV or monitor. There are some limitations in this mode, most notably that you’ll be restricted to running off of the Note’s internal battery for power.

As for the cameras, Samsung is packing another dual-camera setup on the Note 9, this time including a dual-aperture primary sensor just like the Galaxy S9 family. Both sensors land at 12MP, with the primary sensor able to switch between f/1.5 and f/2.4 depending on the available light. Samsung has also built an AI camera mode into the software which, just like on some competing smartphones, adjusts the camera settings to help users get the best possible shot. It can also detect things like a person blinking and recommend taking another shot.

Another area that has seen a huge improvement on the Note 9 is the battery life. Packed inside of this device is a 4,000 mAh battery pack, a boost of over 20% from last year’s device. Samsung says that means the phone will last all day on a charge. To go along with that, there’s still fast charging over USB-C, and faster wireless charging is also available with new charging pads.

Of course, Samsung still includes a pretty standard array of radios and sensors as well. There’s Bluetooth 5.0, NFC/MST, and iris scanning. There’s also a fingerprint sensor on the rear which is in a more convenient location.

Samsung has also partnered with Epic Games to launch the hit game Fortnite on its own devices during a beta program. The game will open up to other devices at a later date, but for now, it’s Samsung only. Galaxy Note 9 and Tab S4 owners will also get access to an exclusive “Galaxy” skin.

There’s a lot to love on the Galaxy Note 9, and you’ll be able to get it just about anywhere. As usual, this device will be sold through all major carriers in the US, as well as unlocked through outlets such as Amazon. The device is available in an assortment of colors as well, including the headlining Blue shade which has a yellow S-Pen.

Of course, there’s a heavy price to swallow here, though. Pricing for the 128GB model starts at a whopping $999, with the 512GB option landing at $1249. Pre-orders open later today, and the device will ship to customers later this month.