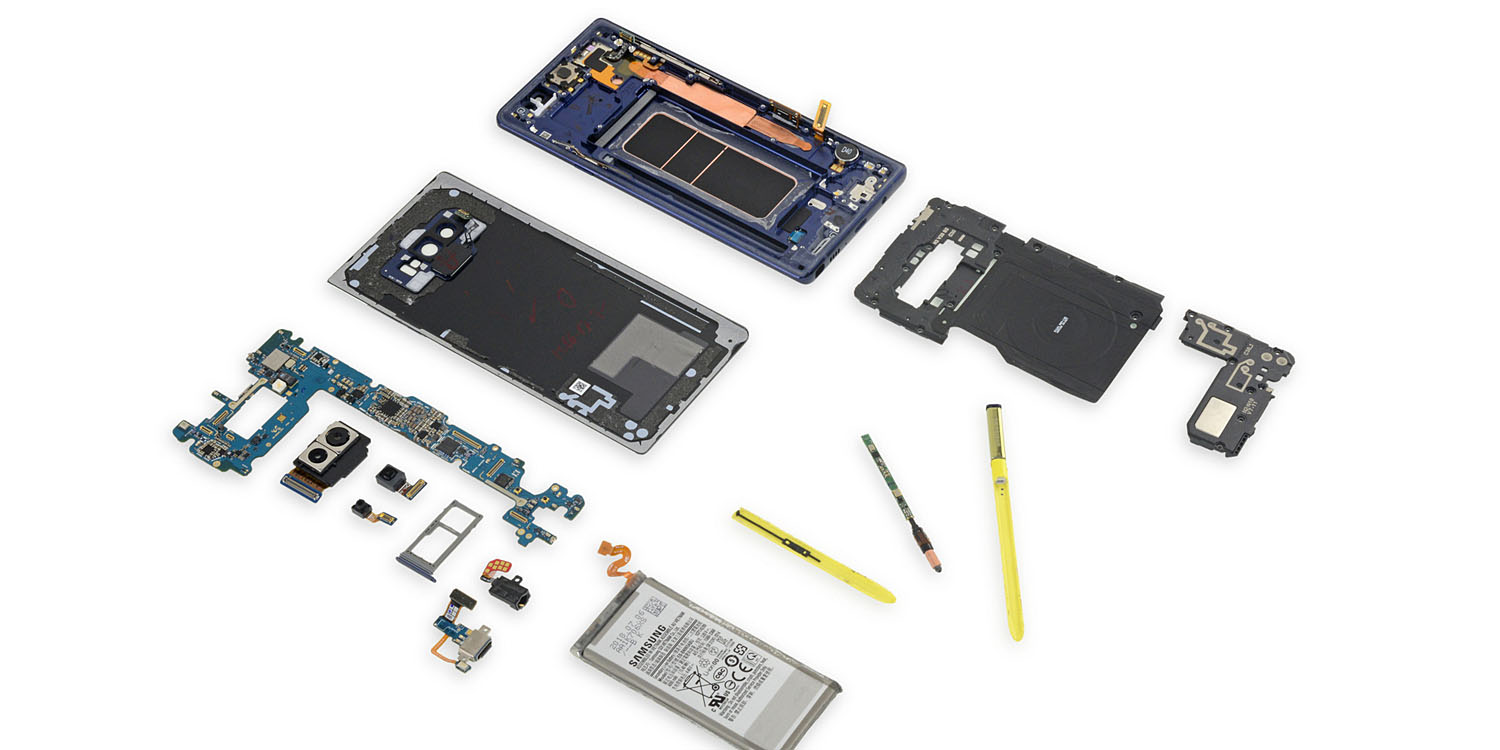 iFixit has completed its teardown of the Samsung Galaxy Note 9. While it said that the innards were mostly very similar to the Note 8, it did find a few things of note …

The Note9 looks very (very) similar to the Note8—and in principle at least, we’re fine with that. Smartphone evolution has slowed, and even we don’t think you should try to fix what isn’t broken.

So what is new? Well, it’s very slightly wider and shorter than the Note8, with an extra 0.1 inch of display—and it’s a hair thicker at 8.8 mm versus 8.6 mm.

Another subtle (but good) change: the fingerprint sensor has packed its things and moved to a happier location, south of the rear camera. Result: less time spent smearing the camera lens with wayward finger pokes.

The good news on the fingerprint sensor continues inside the device.

The newly relocated fingerprint sensor is a welcome change here—that flex cable location is much less vulnerable to accidental slicing and dicing.

Though the very short cable does make reassembly tricky.

One of the headline new features of the Note 9 is that 15.4Wh battery, which we found in our initial review was a big improvement. iFixit found this measured 87.7×41.5x6mm.

The heat pipe has significantly more surface area than prior generations. Perhaps those pipes proved the concept, or proved they needed to be that much beefier (because Fortnite).

The firm struggled to get inside the S Pen, but did make it in the end.

[We found] a DA14580 Dialog Semiconductor Bluetooth Smart SoC and a K8373 Seiko Instruments supercapacitor. We’d guess that the supercapacitor powers the Bluetooth radio, which is only used for the single button. Other stylus functions operate without built-in power.

We’d also conjecture that the S Pen charges via the sensing coils near the tip. We found a grey pad near where the coils reside when the stylus is stowed—possibly an inductive charging pad.

Overall, then, the inside is just like the outside: a small evolution over the Note 8 with a big improvement in battery capacity.