Despite not having much of a presence in the States, Xiaomi is one of the biggest brands for Android in the world. Recently, the company launched the sub-brand Pocophone, and its first smartphone is making waves in the industry thanks to an incredibly low price point…

The Pocophone F1 is a spec monster on paper, but it’s really the price that has everyone’s attention. Looking through the specs, it’s a flagship-worthy package headlined by the Qualcomm Snapdragon 845. On top of that, there’s 6GB or 8GB of RAM, between 64GB and 256GB(!) of storage, a 4,000 mAh battery, headphone jack, Android 8.1 Oreo, and USB-C. Up front is also a 6.18-inch FHD notched display and a 20MP selfie camera, as well as a 12MP/5MP rear camera setup.

That’s a pretty spectacular package, but what’s really mind-blowing is that it all costs around $300 when converted to US Dollars. More or less, this is like a OnePlus 6, but even cheaper than the OnePlus 6.

Of course, being a Xiaomi phone at the end of the day, there’s MIUI 9.6 on top of Oreo (Pie is promised in Q4 2018) which would already be a deal-breaker for a good subset of users. One area that Xiaomi also clearly cut costs was in the build, as this phone is made from plastic. That’s something we don’t often see anymore, but it’s not necessarily a bad thing. The Pocophone F1 also has a handful of official skins available. NFC was also cut in the name of cost. 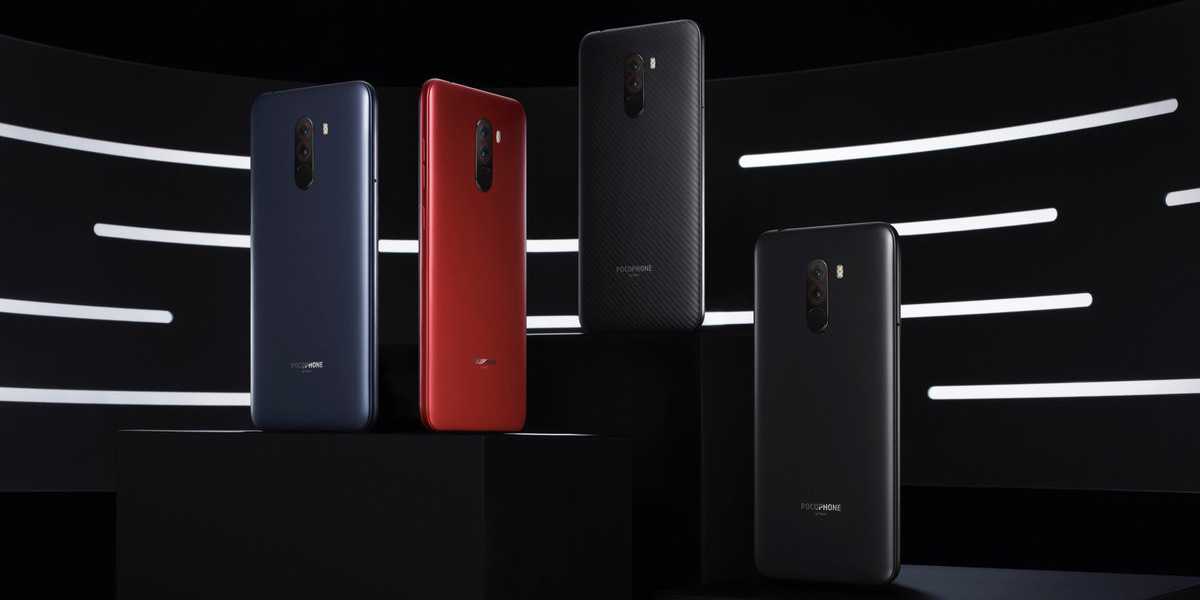 The Pocophone F1 won’t be launching in the United States anytime soon, but its global availability has been confirmed in a tweet, and it will be available in quite a few regions (via Android Police). As far as pricing is concerned, it varies from region to region, but more or less falls around $300 USD for the 6GB/64GB variant. No matter how you slice it, that’s pretty tremendous value. You can view the official unveiling event on YouTube below.