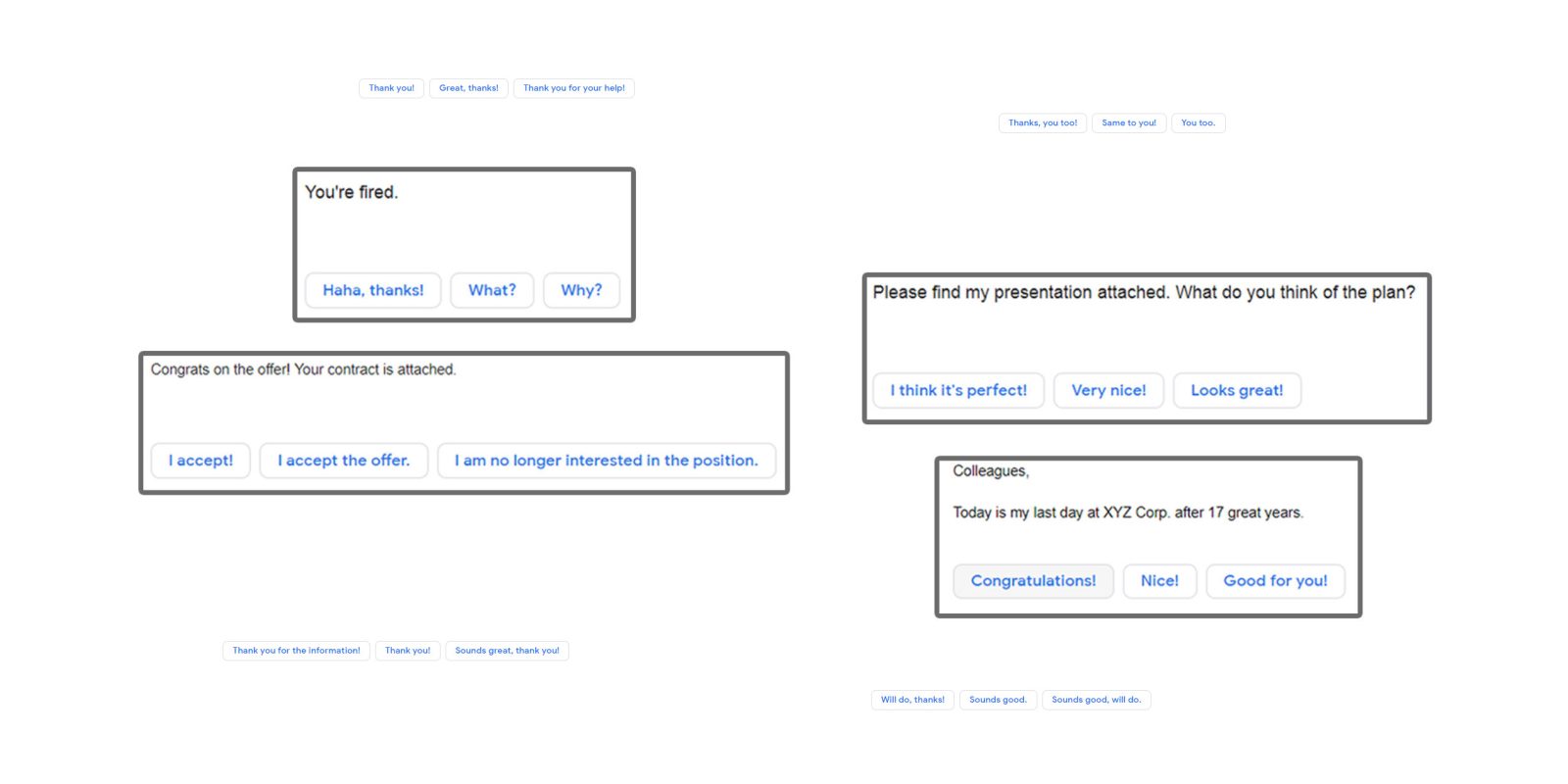 The Wall Street Journal is out today with a quick story on the rollout and reception of Gmail’s new Smart Reply feature, and it comes with a few interesting bits of information and anecdotes from random users and Google alike — one of which is particularly humorous…

The piece notes the variety of responses that people have had to the feature. One notes the feeling of dehumanizing the experience, and an actor noted that the replies felt a bit too casual for his liking:

However, when she realizes she’s on the receiving end of a canned response, she can’t help but feel a little sad. “I feel they didn’t take the time to write a real response,” she said. “Like, we’re at that level now?”

Shane O’Regan, an Irish actor currently in an off-Broadway show, said his suggested replies often include “Sweet!” and “Awesome!”—answers he wouldn’t want to send his agent. “I’m not a surfer dude.”

Perhaps one of the funniest anecdotes from the piece is this one, about the infamous “Sent from my iPhone” phrase that appears at the bottom of emails sent on iPhones by default.

During testing, Mr. Varma said, engineers working on the prototype noticed one gaffe: The algorithm was identifying the phrase “Sent from my iPhone” as a popular response to emails. They fixed the issue before the phrase became a suggested reply, he said.

Another humorous tidbit: Apparently, Smart Reply was fond of recommending “I love you,” which is obviously not an ideal response for most cases in a business setting.

Another one: Google said an early prototype of the feature had “a propensity to respond with ‘I love you’ to seemingly anything,” forcing it to tweak the algorithm. “You don’t want to respond that to your boss,” Mr. Varma said.

Obviously, Google is constantly working and tweaking the algorithm to best fit the context of the emails it’s hoping to help you reply to, but it seems as if Google caught the most glaring of issues early.