Yesterday, Google confirmed that it was sunsetting Allo, while focusing on Hangouts Chat and Meet for the enterprise rather than the “classic” iteration. To reaffirm that commitment, the Slack competitor today is adding Smart Reply.

The Wall Street Journal is out today with a quick story on the rollout and reception of Gmail’s new Smart Reply feature, and it comes with a few interesting bits of information and anecdotes from random users and Google alike — one of which is particularly humorous…

Found in Allo, Gmail, and Inbox, Smart Reply is a convenient time saver that suggests responses based on the context of a conversation. Today, the feature is rolling out to Project Fi subscribers who use Android Messages. 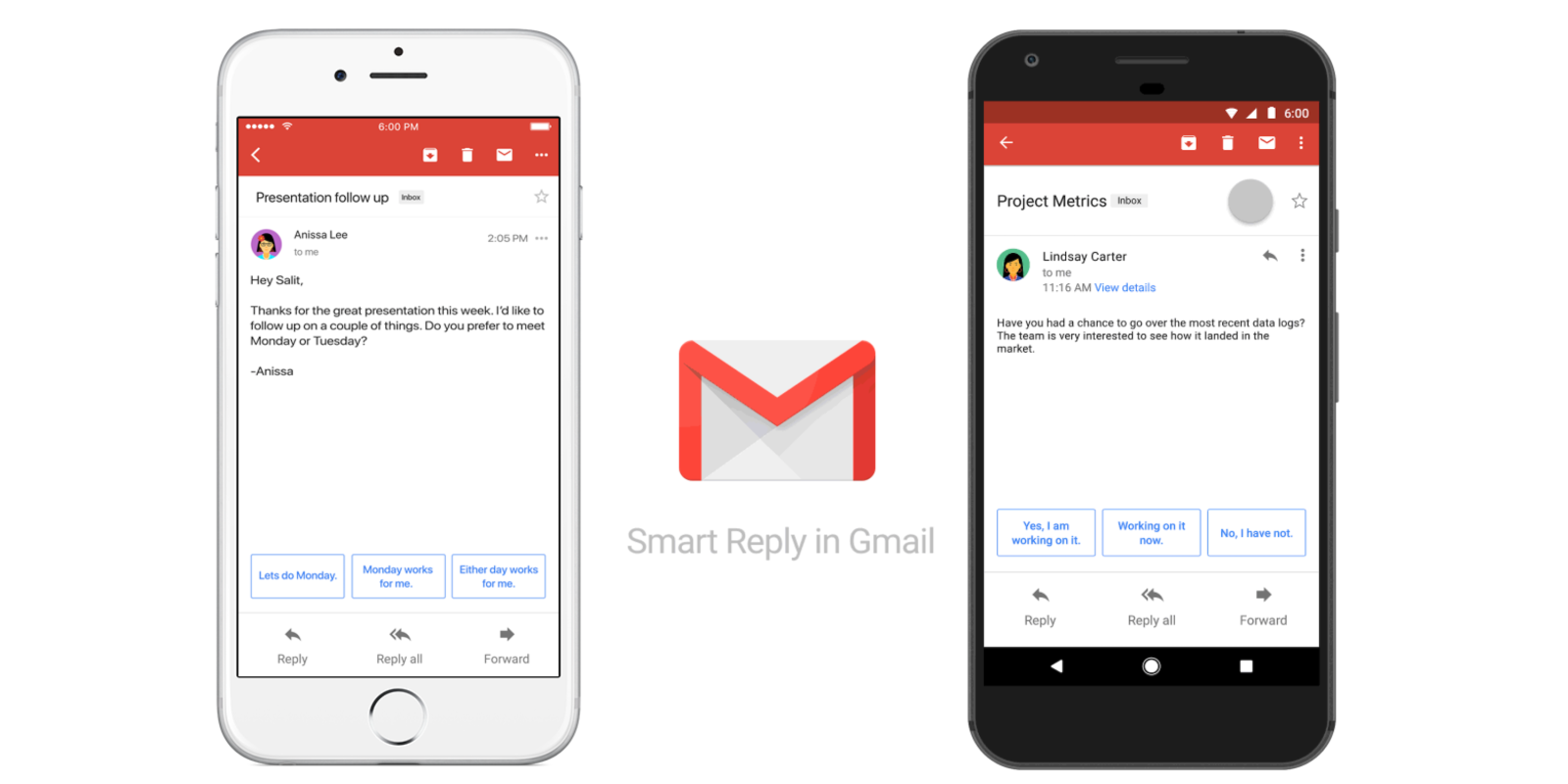 Google is today releasing an update for its Gmail mobile apps that introduces a new Smart Reply feature with suggested quick reply buttons within emails.

The feature is something Google is bringing over from its Inbox by Gmail and Allo apps where similar functionality was already available. Google says that the feature accounts for around 12% of replies sent in Inbox, for instance.

END_OF_DOCUMENT_TOKEN_TO_BE_REPLACED

Google announced today that it’s bringing the “Smart Reply” feature previously only available to mobile users to Inbox by Gmail on the web.