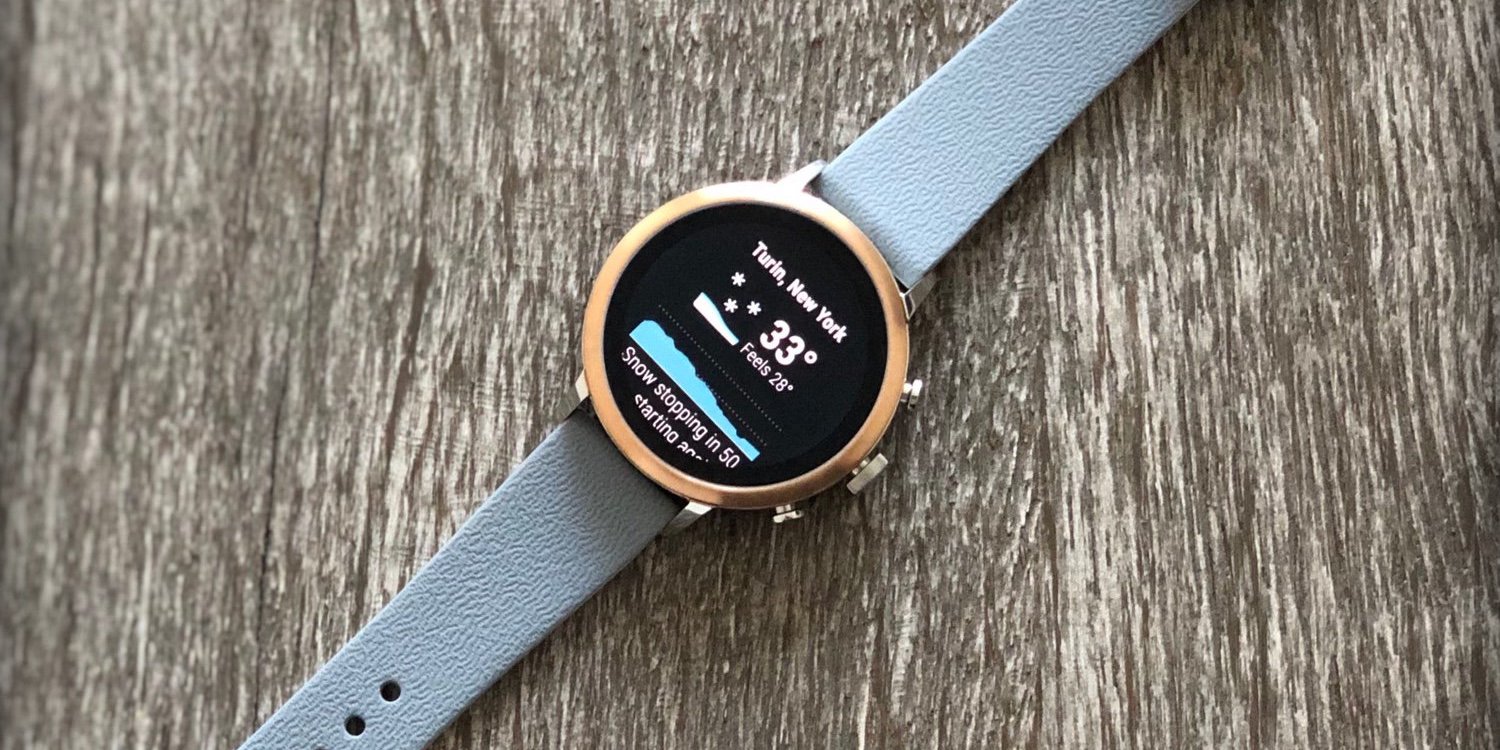 Besides other performance issues, Wear OS lacks a good third-party app ecosystem. The most notable launch in recent months was the company’s own revamped Fit app, which just added breathing exercises. Today, the wearable platform is getting a big addition with Dark Sky for Wear OS.

Earlier this year, Dark Sky revamped its mobile app for Android and iOS. The latter client included a new Apple Watch app that is now coming to Wear OS. Design-wise, the Google counterpart is very similar with one continuously scrolling feed.

Your currently location is noted above, with the current temperature and weather condition underneath. If it’s raining, it will include Dark Sky’s usual down-to-the-minute precipitation forecasts.

This is followed by a written “Next 24 Hours” forecast summary as well as a bi-hourly timeline that notes temperature, condition and precipitation chance, when applicable. The “Next 7 Days” section shows similar data, but for the coming week.

Dark Sky notes that the Apple Watch app is the “primary way that many of our users consume our data (whether it’s the watch app itself, or watch-face complications, or notifications).”

There is also support for several complication types on Wear OS, including current temperature, condition, and next-hour precipitation. The Wear OS app allows users to search for locations via voice or text input with the scribble keyboard, while saved locations are synced from the phone app.

Dark Sky for Wear OS is rolling out over the next few days via the Play Store. The wearable app is part of the Android subscription, and a free upgrade to existing users.