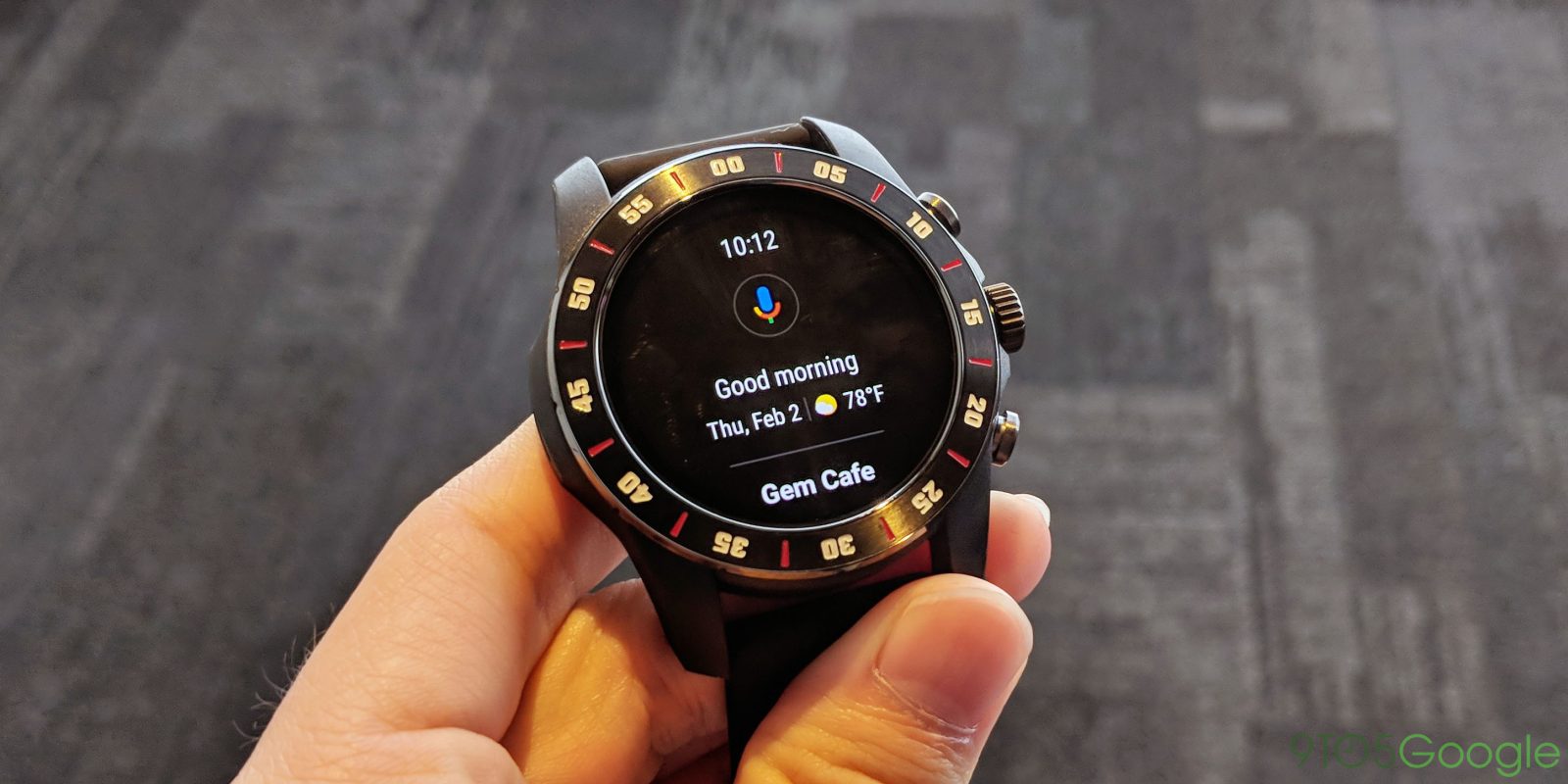 At IFA 2018 last month, Google announced a big redesign for Wear OS. And moving forward, watches launching with Qualcomm’s just-announced Snapdragon Wear 3100 will feature the new look. At the chipmaker’s event today, we had our first chance to use a reference device running the new chip and the redesigned Wear OS to see Google’s new smartwatch OS up close. Together, they give us a good glimpse at the next generation of Wear OS devices.

With the original Android Wear 2.0, Google focused on customization, messaging, and fitness. Two years later, Google is pursuing three new tentpoles with Assistant, Fit, and notifications. Compared to that first approach, the new Wear OS better reflects those ambitions and what users should focus on. You no longer have to sift through a list of apps to gain access to your frequently-used actions.

Navigating around the new Wear OS

As you likely already know, the core paradigm behind the new Wear OS is swiping to access the core functionality of a smartwatch. To the left of the watch face is a Google Assistant feed that is highly reminiscent of the visual snapshot found on phones.

The current time is conveniently at the top of the screen, followed by a shortcut to launch voice search and immediately underneath are a greeting, the day/date, and temperature. Following that are upcoming events, commute details, flight status, hotel reservation details, and more. Tapping opens the full Calendar listing, directions, and other Wear OS apps.

To the right of the watch face is Google Fit. The two metrics Google just announced as part of that redesign are listed front and center, with corresponding rings for Heart Points and Move Minutes. There is also a button to quickly launch an exercise. For users who set the default Fit watch face, the quick access to the Google Fit experience cannot be removed, with a near duplicate experience as a result.

Meanwhile, with the new swipe interface on Wear OS, holding down on a watch face allows users to open the picker to switch between several. 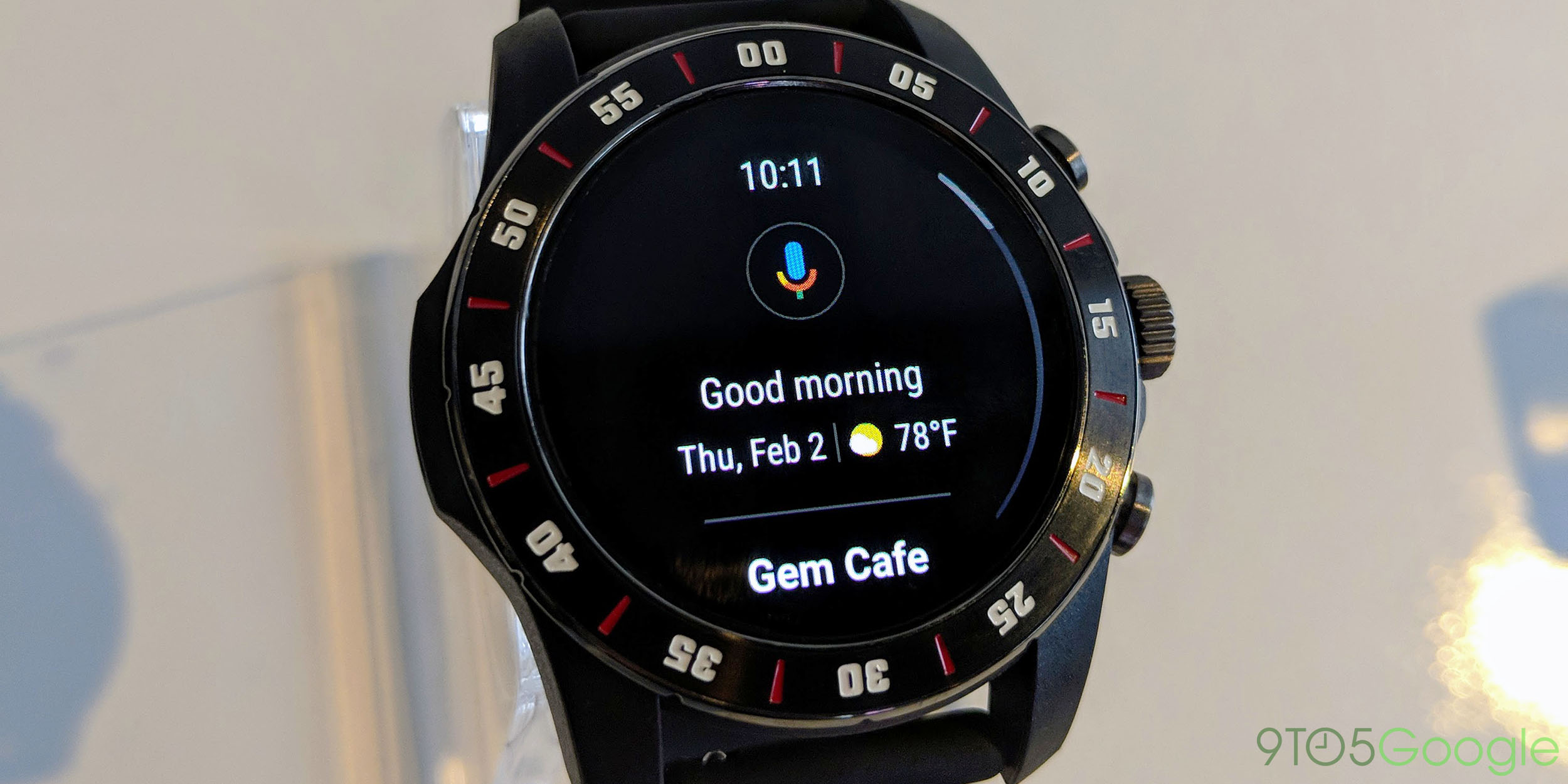 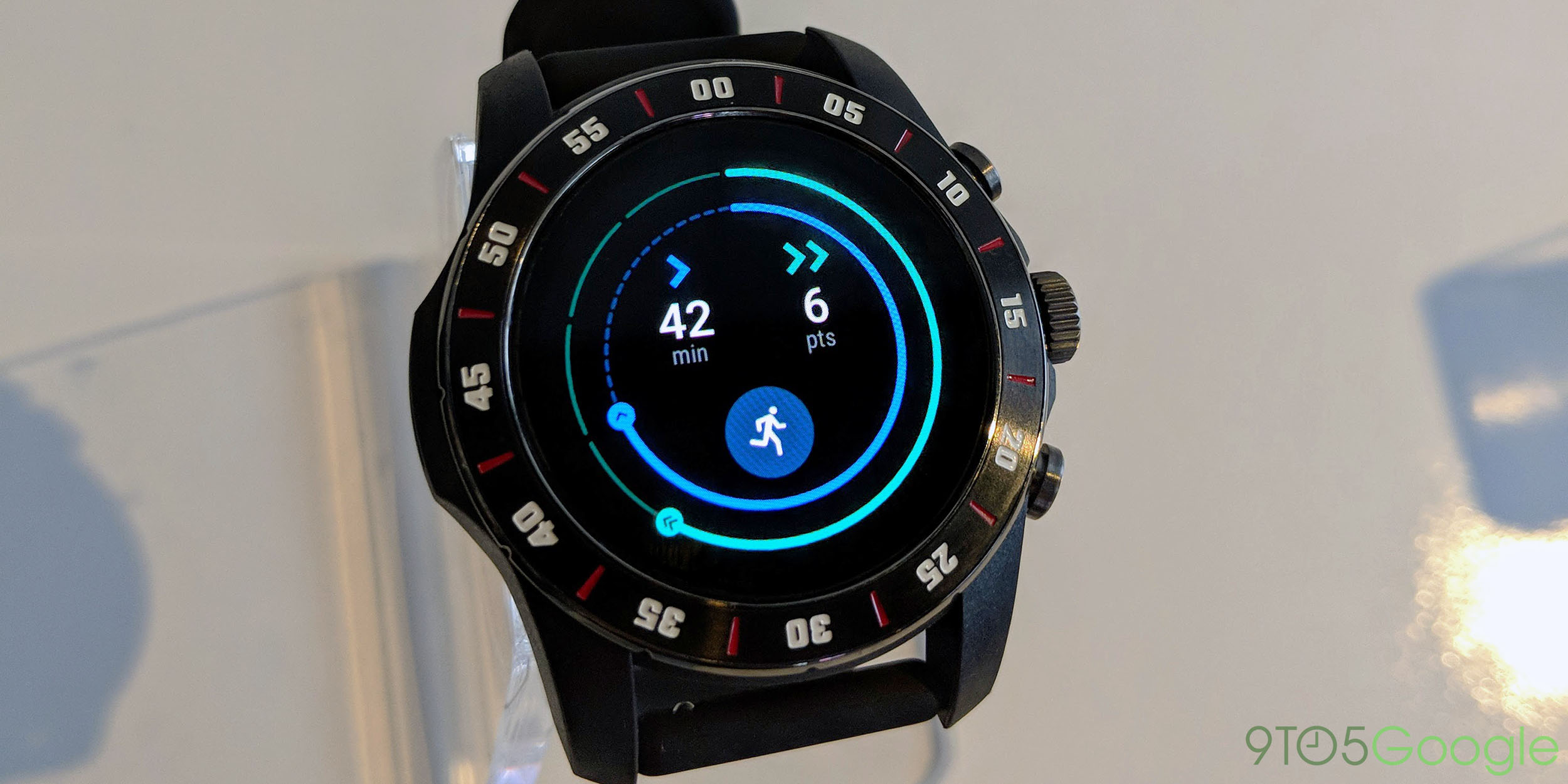 Quick Settings — accessible by swiping down — also got a a redesign. On the Snapdragon Wear 3100 reference device, a rotating crown can be used to pull open the grid of 3 x 2 quick toggles: airplane mode, ringing your phone, battery saver, Google Pay (on supported devices), Do-not-disturb, and theatre mode. Spinning the crown can also return users to the watch face.

Google has also placed audio controls here. Shaped in a pill, there is a play/pause button and scrolling song name, with tapping open the music app.

Despite the lack of cards, a swipe to the left or right still clears away notifications, with scrolling to the very bottom revealing a clear all button.

Even in brief usage, I found it quite interesting how I was quick to conflate Assistant cards and notifications. Both were colorful, and essentially provided the same info. Ironically, if the two feeds were to be merged, Google would end up at the first iteration of Android Wear where Google Now cards appeared alongside with other notifications.

Honestly, I think Google might benefit from reconsidering this approach for Wear OS. After all, Google’s AI has made great gains from the days of Google Now and is only going to get more assistive and useful. The company has already demonstrated that personalized smarts deserve central billing with Assistant now being a swipe way. To simplify the experience even further, Google should contemplate only having a single feed in the future.

Aside from the intricacies of new OS, however, today’s Qualcomm event was primarily about the Snapdragon Wear 3100. Improved battery life is a big focus of the new processor, with devices running 4-12 hours longer compared to the previous chip. An ultra-low power co-processor allows for features like an enhanced ambient mode that can display live complications, while traditional watch mode can show the time and other data for up to a week with just a 20% charge.

Montblanc is launching the first Wear 3100 device in October with more Wear OS watches launching in time for the 2018 holiday season. Be sure to head over and read our coverage of the new chip, as well as some details about it you might have missed.