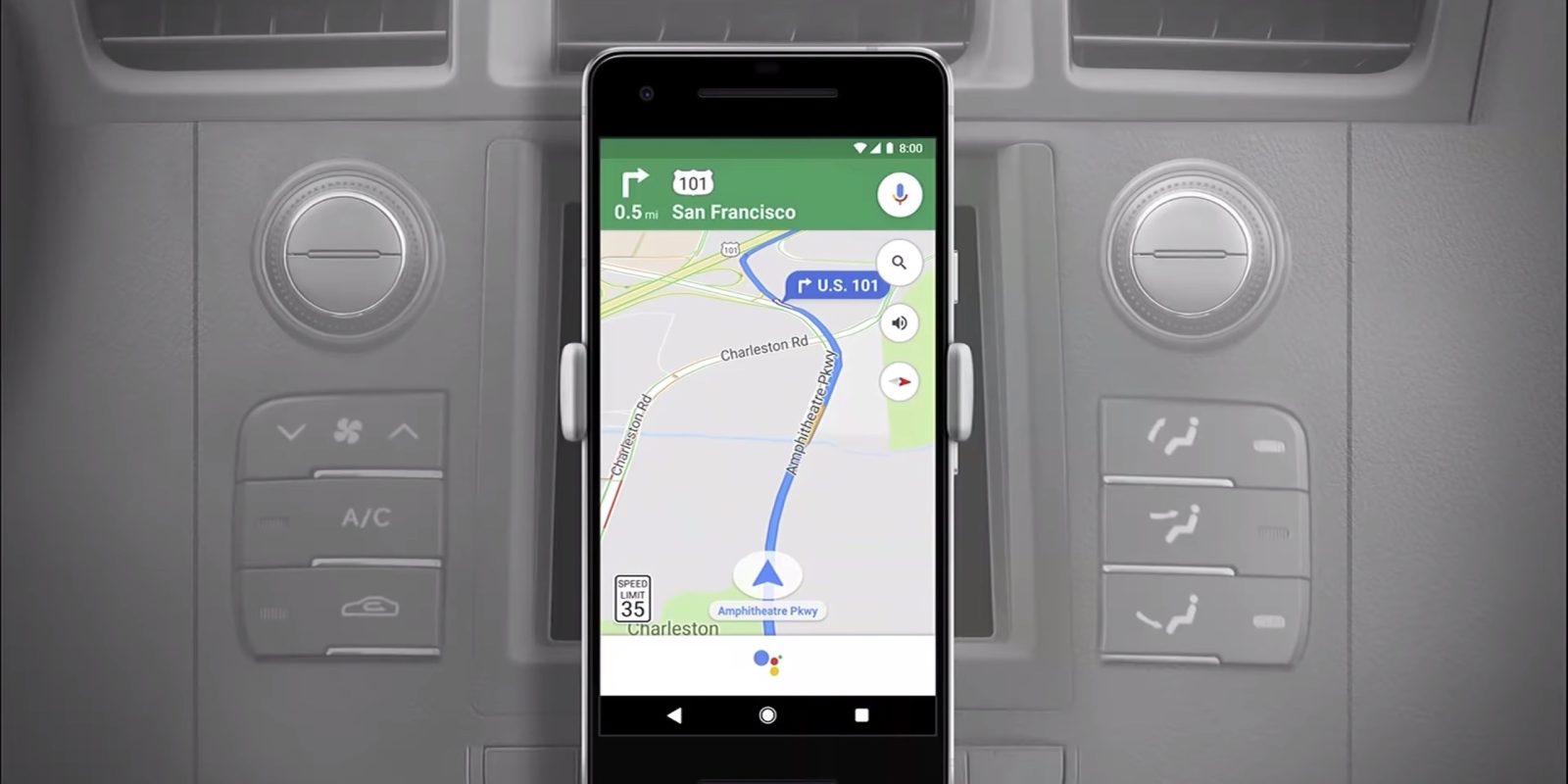 Back at I/O 2018, Google announced a navigation-optimized Assistant for Google Maps. It began rolling out in December, and is now officially available on both Android and iOS at CES 2019. Voice commands let users safety interact with their phone while driving and adds new features like auto-punctuation for replies.

Google Assistant in Google Maps has a “lower visual profile” to keep drivers focussed on the road. A multi-colored microphone is available in the top-right corner to activate, while the “Ok Google” hotword also works.

This slides up a compact bar that happens to cover the panel noting your arrival time, distance estimate, and other navigation controls. During the day, the Google Assistant icon and animation is displayed against a white background, while the panel conforms to navigation’s night mode with a dark backdrop.

Navigation-related commands include searching for places along your route, adding new stops, and sharing your ETA with contacts. Other useful features include playing music and podcasts, as well as replies. Compared to the previous voice commands, users will stay inside Google Maps and not get kicked out to the phone dialer or other app to complete a requested action.

On Android, the Assistant works with SMS, Hangouts, Messages, WhatsApp, Messenger, Viber, Telegram, and other services. One new feature is the ability to auto-punctuate your replies so that users do not have to manually enter the comma or period.

This feature is widely rolling out today for both Android and iOS, though functionality will differ on the latter platform. A “Hey Google, take me home” shortcut will open Maps and begin your journey home. Meanwhile, Assistant at CES just expanded to always-on microphones that plug into a car’s cigarette lighter.