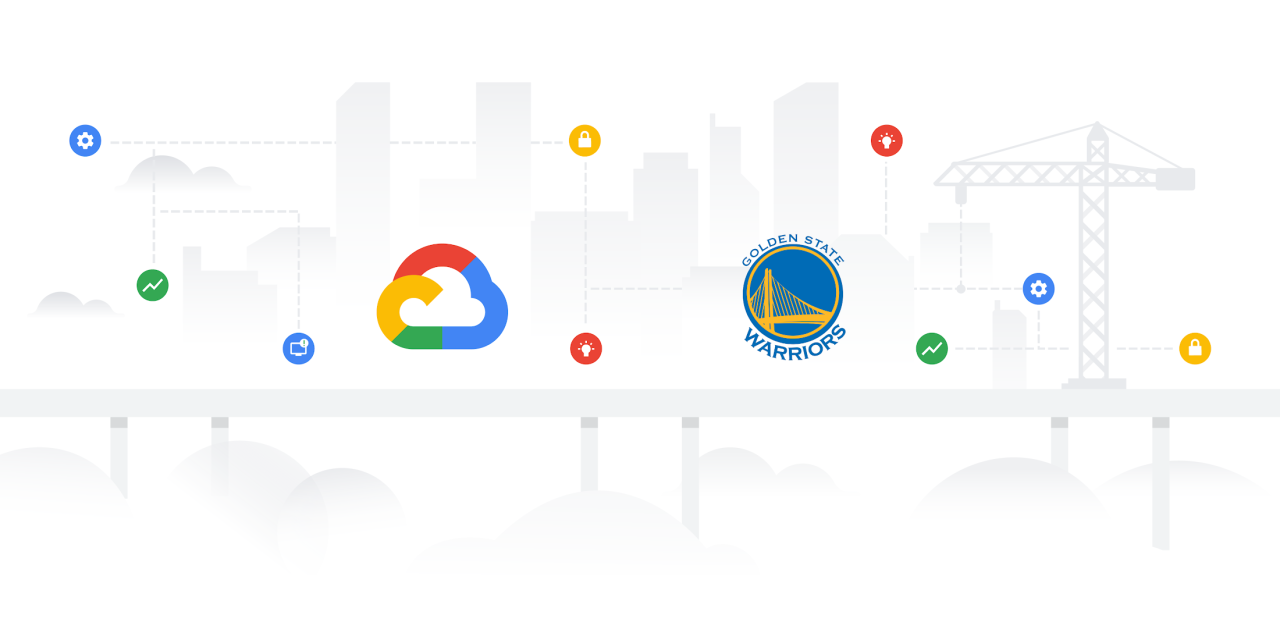 An important part of today’s sports are metrics, stats, and other analysis used to get a competitive edge on other teams. Google Cloud today announced a multi-year partnership with the Golden State Warriors to become their official public cloud provider, as well as sponsoring the new San Francisco arena.

Google Cloud and the NBA champions are developing a “real-time data pipeline analysis” for coaches, front office, staff, and players that includes data visualizations and interactive analysis. The goal is to improve player performance by “provid[ing] faster analytics on high volumes of data.” Early tests have shown that the time it takes to develop parts of scouting reports have been reduced in half.

“Today, 70% of the Golden State Warriors analytics team’s time is spent collecting and shaping data and only 30% of time is spent analyzing it,” said Kirk Lacob, Assistant General Manager and Vice President of GSW Sports Ventures at the Warriors. “Partnering with Google Cloud to automate the collection of valuable data will allow us to free up resources and spend more time turning these insights into action.”

The Warriors will be leveraging Cloud Dataflow, BigQuery, Colab, Cloud Composer, and Google Data Studio to create the new tools and other machine learning models.

Meanwhile, the two are also working on improving the fan experience, with Google Cloud being a Founding Partner of the new Chase Center. The state-of-the-art Mission Bay stadium will use the Google Cloud Platform (GCP) to host the Warrior and Chase Center mobile apps, as well as other web properties.

A new fan experience app, developed by the Warriors and Accenture, will use Google Cloud technologies such as App Engine and Firebase for personalization and Maps to support navigation and wayfinding. Google Cloud’s analytics capabilities will also help the Warriors promote entertainment options that will be coming to Chase Center, scheduled to open in September 2019.

The app will help with finding seats, with the two groups also working on other partnerships to “revolutionize their business including media production and management.”