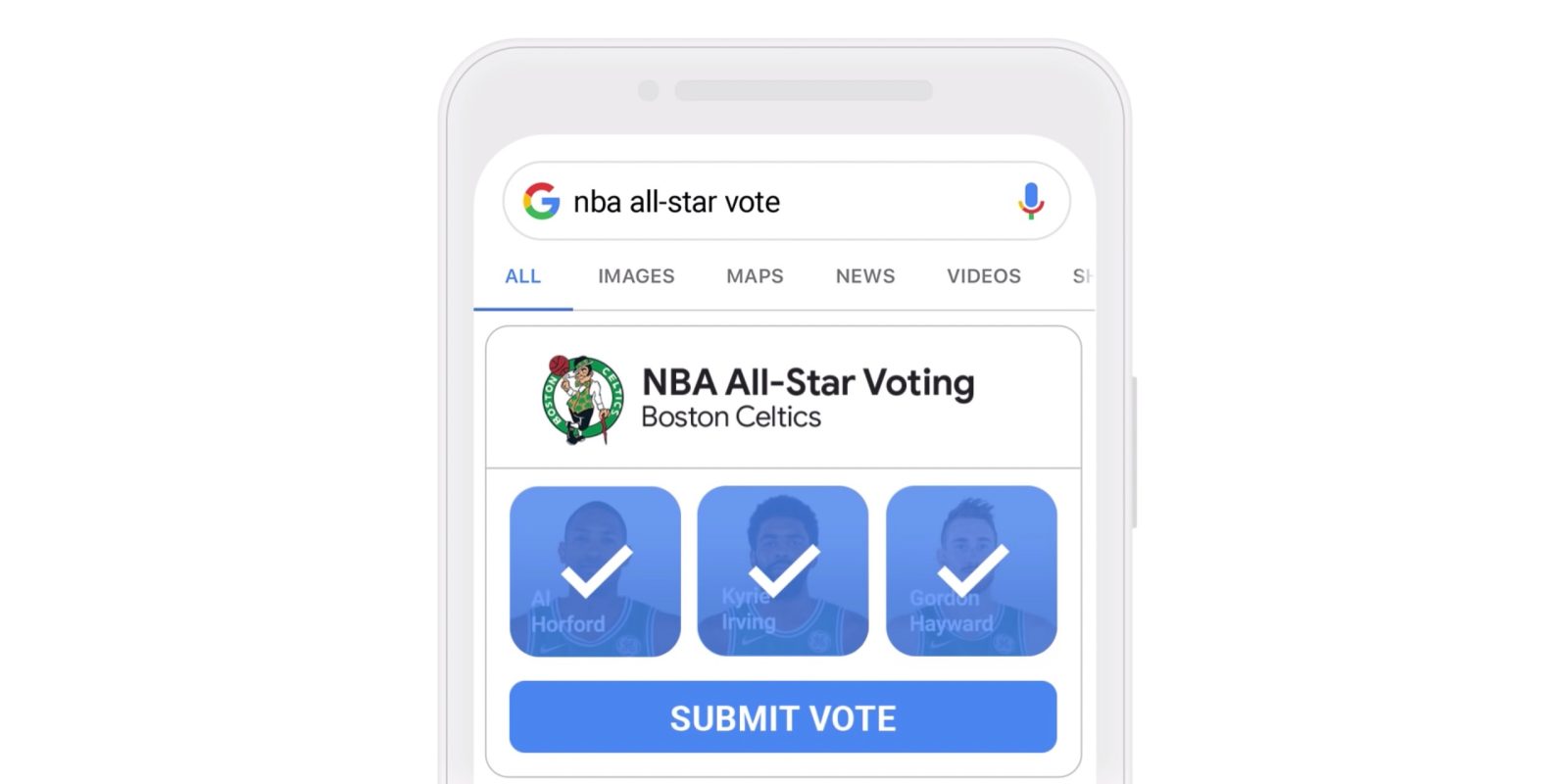 The NBA All-Star Game is an annual exhibition match where fans get to pick the players. For the 2019 competition, Google is playing an exclusive role in the voting process that heavily promotes Google Assistant and Search.

NBA All-Star Voting 2019 is officially “presented by Google.” The company’s participation in the process is not new, with users last year able to vote via Google Search. However, in addition to the NBA website and app, voting for 2018 was possible via Twitter, Facebook, Amazon Alexa, Sina Weibo, and Tencent.

This year, third-party voting is only available though Search and Google Assistant, as well as NBA.com and the official app. The National Basketball Association and Google signed a multi-year agreement for this exclusive arrangement, with last year’s process sponsored by Verizon.

In Google Search, queries like “NBA Vote” or “NBA All-Star Vote” will bring up the voting process, while the Knowledge Panel for any team or player will also surface it. The selection interface will be available on the desktop and mobile web, as well as the Google app on Android and iOS.

For Google, this is another example of a big push into sports and raising consumer awareness of its services. YouTube TV heavily sponsored the MLB World Series and NBA Finals, but Google is now using sporting events to push Assistant.

Voting begins on Tuesday, December 25 at 11 AM EST and runs until Monday, January 21. The 68th NBA All-Star Game will be played in Charlotte, North Carolina on Sunday, February 17 at 8 PM EST.