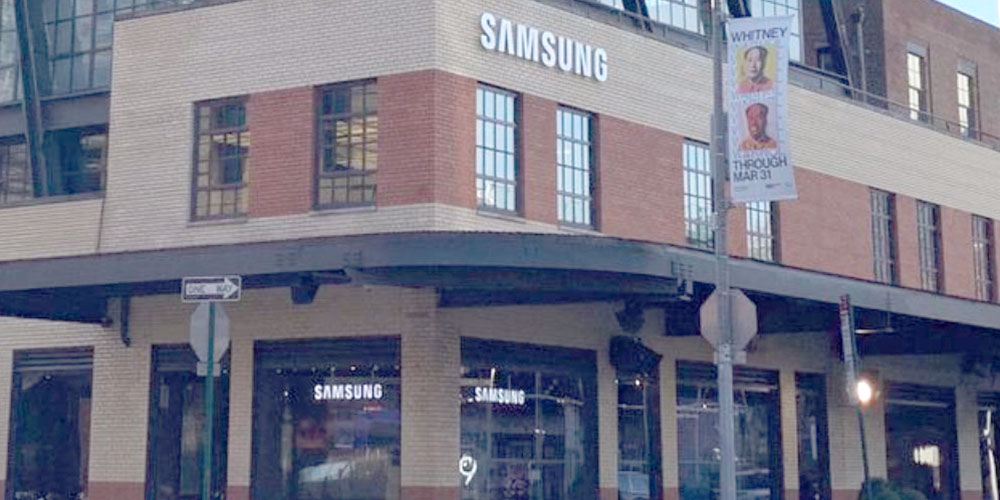 From the company’s description, it sounds like Samsung has modelled them on Apple Stores …

Samsung says that all three stores will open on February 20, the same day the Samsung Galaxy S10 is launched.

Samsung has had ‘experience stores’ before, either permanent – as in the case of Samsung 837 in New York – or temporary, in the form of pop-up locations. But this will be the first time you can buy products as well as try them.

On February 20, 2019, the same day as our Galaxy UNPACKED 2019 presentation and 10 years of Galaxy celebration, we will open three Samsung Experience Stores. Locations include: The Americana at Brand in Los Angeles; Roosevelt Field on Long Island in Garden City, NY; and The Galleria in Houston.

Visitors will also be to get demos and hands-on time, as well as get help and support with their devices – including a walk-in repair service – mirroring the experience offered in Apple Stores.

“Our new Samsung Experience Stores are spaces to experience and see Samsung technology brought to life, to empower people to do what they never thought was possible before” said YH Eom, President & CEO, Samsung Electronics America. “We want to build a ‘playground’ for Samsung fans—a place to learn about and try out all of the amazing new products we have to offer.”

CNET notes that the move comes at a time when Samsung’s sales are falling.

The stores come as Samsung faces a slowdown in smartphone sales. Last month, it reported a steep drop in revenue and profits. Most of its businesses, from chips to displays, felt the effects of stronger competition and weaker demand in the handset sector. Its smartphone sales declined, memory chips destined for handsets didn’t sell as well, and its mobile displays suffered.

Rival Apple has more than 500 stores around the world, with a major redesign program still unfolding. Further changes are likely as former retail head Angela Ahrendts is replaced by the company’s HR chief.

Once they open, you’ll be able to visit the new Samsung stores here: