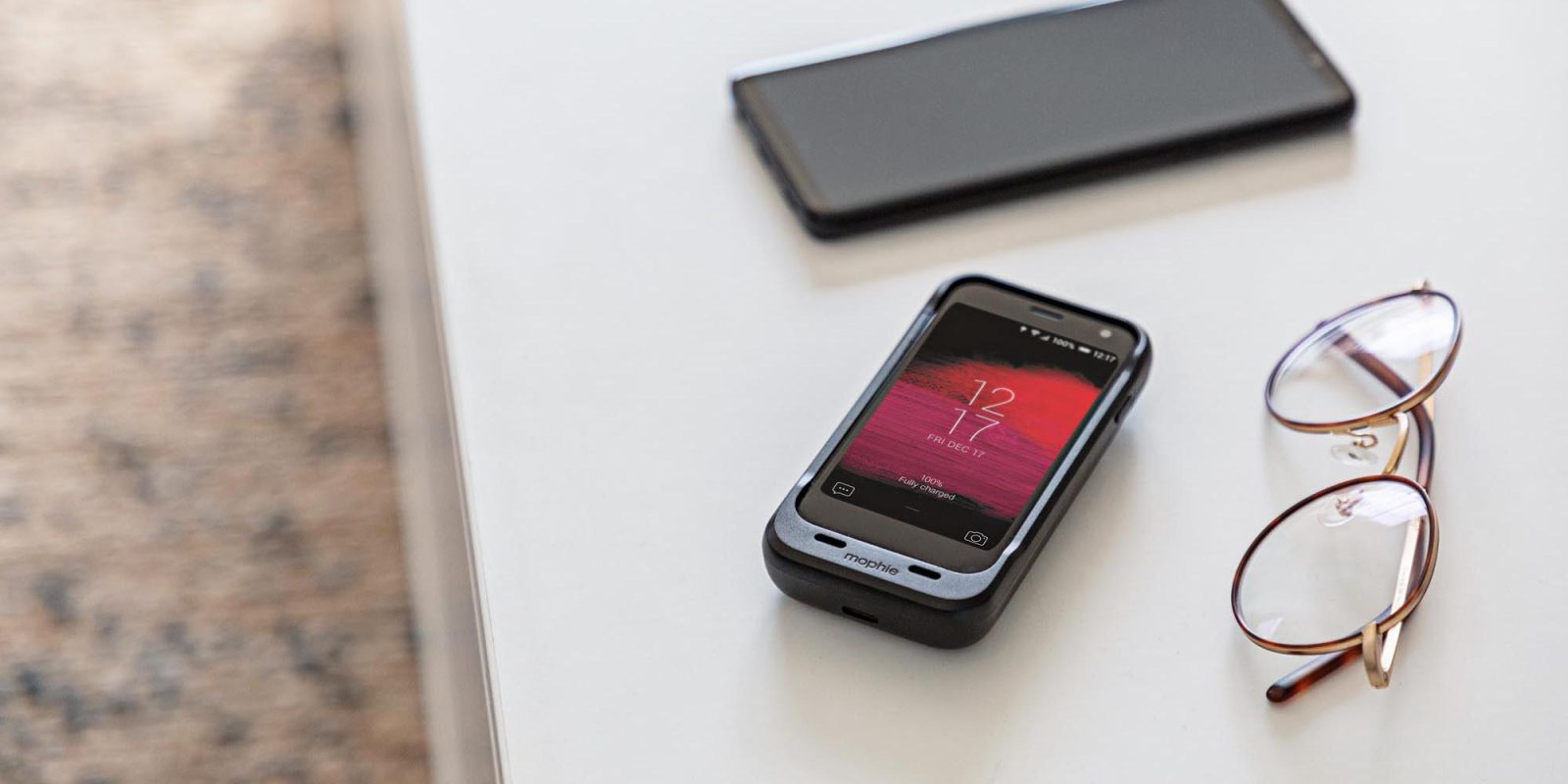 Remember the Palm Phone? That bizarre 3.3-inch “companion” Android phone that launched last year just got the hands-on treatment from us, and now the Palm Phone is getting an official battery case from Mophie.

The whole idea behind the Palm is to be a compact little companion to your normal smartphone. To that end, the notion of adding a battery case is slightly ridiculous, but maybe Mophie had the same takeaway as me that this little device is way more fun as a normal phone.

Now, there’s an official battery case for the Palm Phone which more than doubles the charge, adds wireless charging, and is frankly a little ridiculous. The $59 case adds 13 hours worth of power to the device with a 900 mAh battery embedded. A button with a few LEDs turns the battery case on or off and reveals the amount of power remaining.

You’ll still charge that with USB-C, but it also adds Qi wireless charging to the Palm. That’s probably the best part of the case if we’re being totally honest.

Wireless charging is the best part

Being a case, Mophie’s Juice Pack for the Palm Phone also provides impact protection with a polycarbonate shell and raised corners. Because it plugs into the USB-C port, it also makes the device a bit taller and also redirects the speaker to face forward.

If you have a Palm Phone and want in on Mophie’s new battery case, orders are open right now. It also launches alongside a new Powerstation Keychain which has a built-in USB-C cable and 1,200 mAh battery.