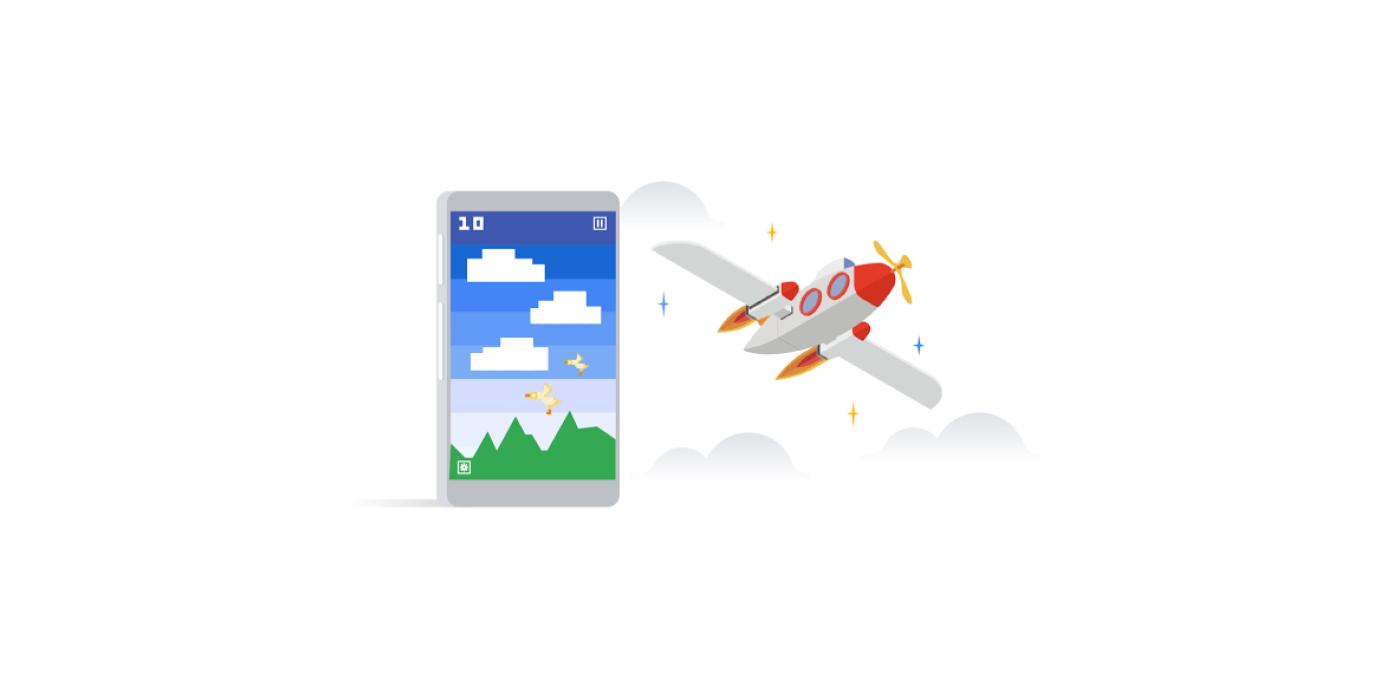 Before the teased GDC Keynote on Tuesday, Google is hosting a developer day on Monday focussed on existing Android games. Monetization is continually a big theme and ahead of that Google is announcing two new ad types for game developers.

The first is aimed at getting inactive gamers “to come back and play again” as the “majority of players you acquire aren’t going to continue engaging with your game after just a handful of days.”

Available in Google Ads, new App campaigns for engagement will target previous players with relevant ads across Google’s network. Encouragement might come in the form of prompting users to complete tutorials or highlighting new features since their last play, with a button to “Open” the app right from the ad.

With App campaigns for engagement, you can reconnect with players in many different ways, such as encouraging lapsed players to complete the tutorial, introducing new features that have been added since a player’s last session, or getting someone to open the game for the first time on Android (which only Google can help with). 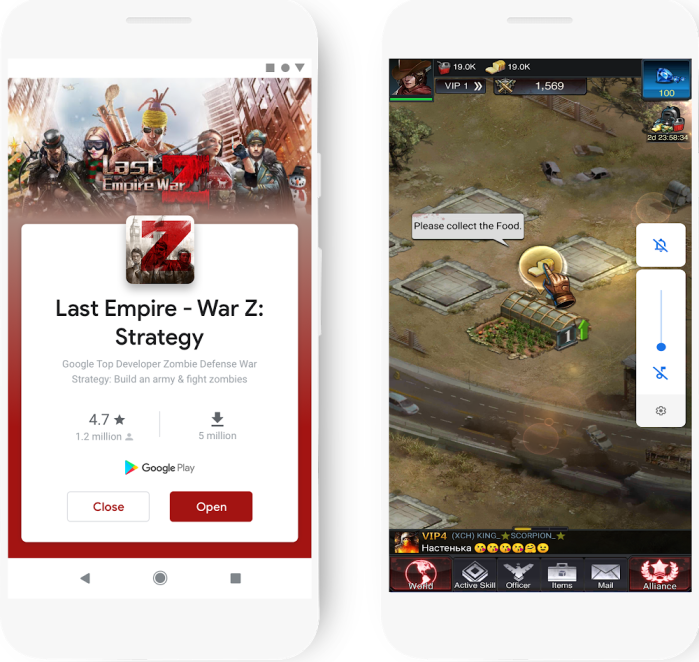 Many developers have turned to advertising-supported models for this reason, but did so while worrying that “ads might hurt in-app purchase revenue by disrupting gameplay for players who do spend.” Google AdMob is introducing a new smart segmentation feature that uses machine learning to determine the likelihood a user will spend on IAPs. This automated solution is shown in action with the interstitial ad below: 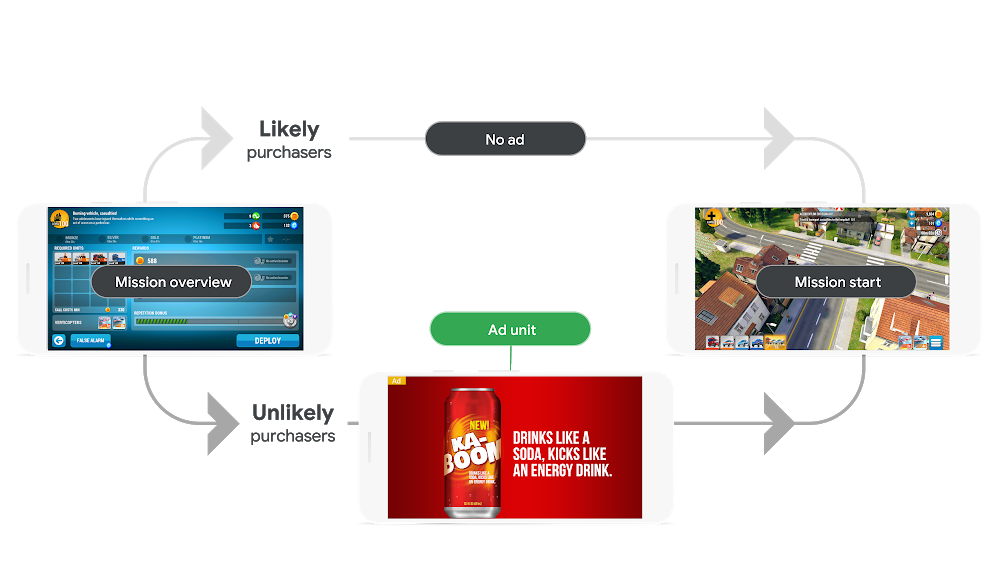