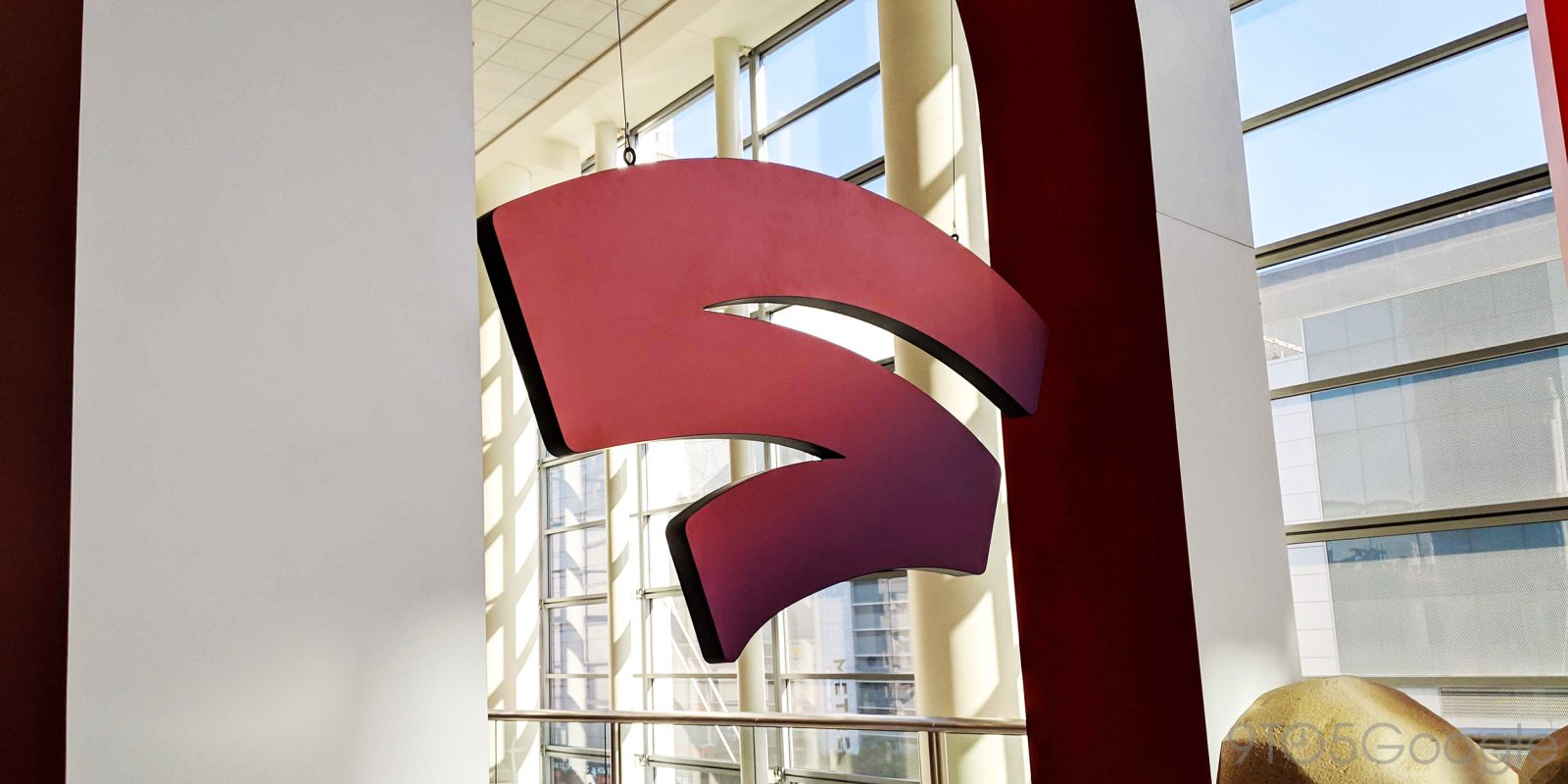 We’re on the ground at GDC 2019 today in the lead up to Google’s gaming event tomorrow, and we got a chance to get the first look at what seems likely to be the logo for the new product that makes up this big announcement. A game streaming service of some kind is certainly in the cards, and we’ve reported that hardware will be involved too…

Google’s setting up shop on the second floor of Moscone West in San Francisco with several red logos that sort-of look like an ‘S’. Could that stand for “Stream,” like the company’s recent “Project Stream” experiment? Google Stream, maybe? Or is it just a fancy logo that’s meant to look like a WiFi icon? Or maybe it’s a bit of both with some hint of Tilt Brush thrown in?

There’s a couple setups going on in San Fran. The first, on the street outside Moscone, is basically just a big brand activation showing off the history of gaming with various products and alluding to Google’s big announcement tomorrow as the continuation of that gaming story. I’d bet this spot will be pretty popular for photos after the announcement tomorrow, and it definitely catches the eye of the passing public.

Google is setting up some things. #GDC2019 #Google #GatherAround pic.twitter.com/IRVHoSRlSX

The second setup is indoors on the second floor of Moscone West, as mentioned. There are about a dozen or so televisions all set up at the moment teasing tomorrow’s announcement. And the sheer fact that there are so many TVs set up would suggest that after the announcement, we’ll be able to stop by here and check out the game streaming service/hardware in action.

The logo for whatever it is that Google is announcing tomorrow… #GatherAround #GDC2019 #Google pic.twitter.com/Wv5vGMTH7N

Also in this space are several cases that presumably will have some sort of hardware shown in them tomorrow. Unfortunately, at this point, we don’t have any clue of what to expect. A controller + streaming dongle/Chromecast combo? A standalone console of some kind? We’ll have to wait til tomorrow, but either way, it seems Google’s proud enough of the hardware that they want to show it off.

Be sure to tune in here tomorrow for our full coverage of the event and the new streaming service & hardware. We’re on the ground here in San Francisco and we’re excited to see what Google has to show off at 10am PT/1pm ET. Expect a livestream and live blog with more details as we learn them early tomorrow morning.