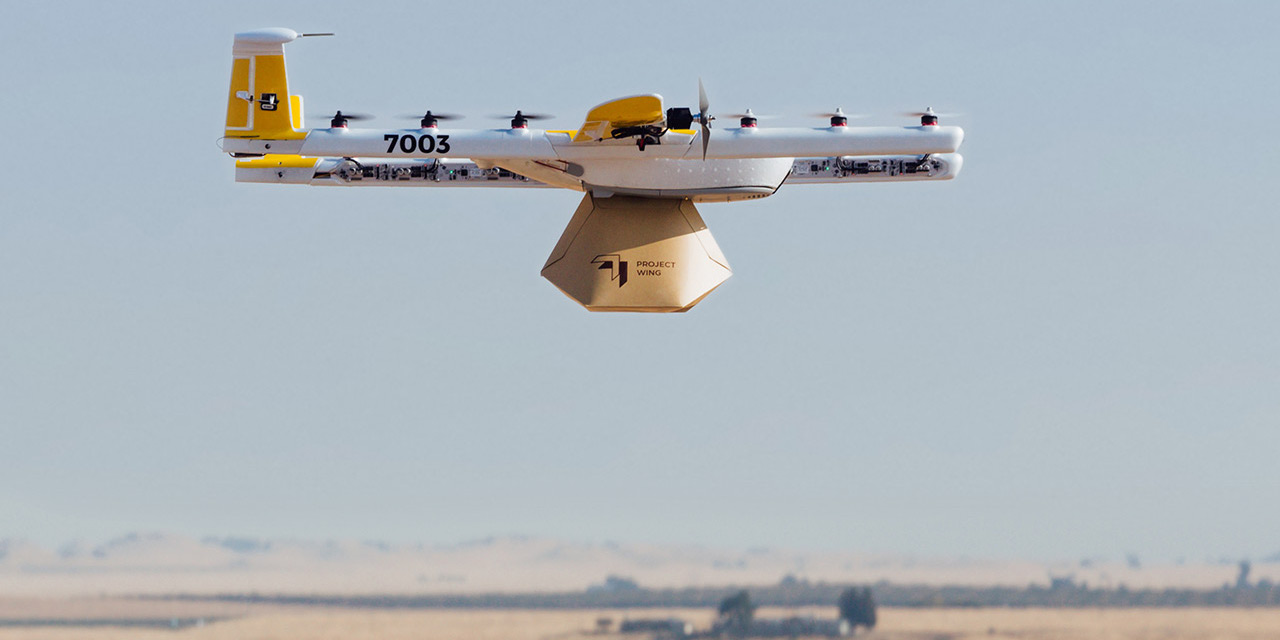 Wing dropped its “Project” status when it graduated from X last July. After several years of testing around the world, the Alphabet company has received approval to launch a commercial service in Canberra, Australia that will also feature a quieter drone.

Wing just received approval (via ABC News) from Australian air safety regulator CASA to operate closer to humans than usual. While other trials were “in a suburb on the fringes of Canberra,” drones will now begin delivering to a more populated industrial area.

Customers are asked to remain two meters away from the 12 propeller drone, while the aircraft hovers seven meters from the ground when lowering the package from a drop line.

Testing in other parts of Australia have shown that customers are happy with minutes-long delivery times for small packages that can be more efficient that traditional ordering via trucks.

With 2,000 deliveries from 2017-2018, there have been no safety accidents. There are multiple redundancies, including “real-time systems that conduct safety checks” on the drones, and licensed safety pilots that oversee operations. On the privacy front, drones features a still-image camera pointed at the ground for back-up navigation.

Imagery taken during the flight has a resolution comparable to publicly-available satellite imagery. In practice, people who do not use our service will not be recognisable in an image while our drone flies to its delivery destination. At no time is there a live feed of images from the camera to anywhere or anyone, including the safety pilot supervising flights. 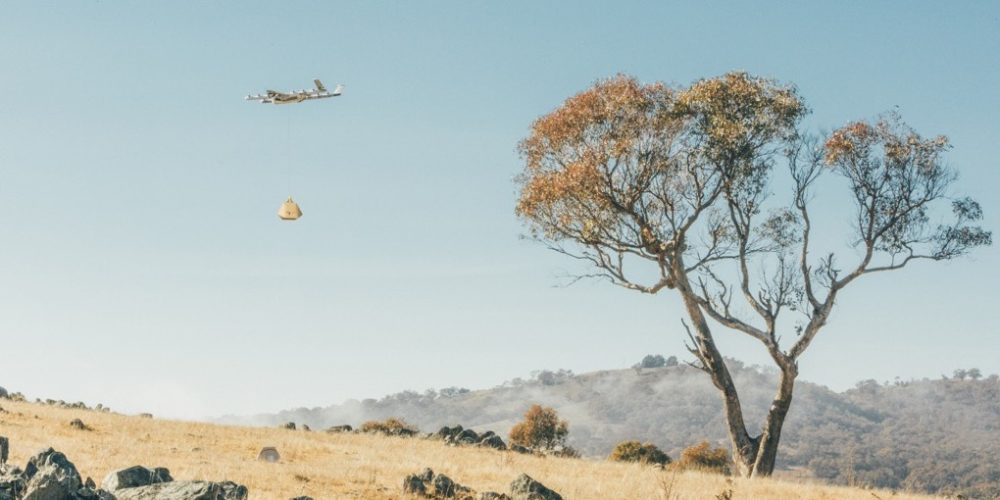 As announced last December, Wing has developed a quieter aircraft with “lower-pitched propellers” to deal with noise complaints associated with deliveries. While already operating in legal noise limits, the top flight speed has been reduced, with drones not flying over the same house all the time.

The Alphabet division has a depot of drones in Mitchell that features rolling doors on its top floor. It will deliver items from a dozen local businesses to five suburbs, including bread, chocolate, gelato, and other non-food goods.

The service will first be offered in Crace, Palmerston and Franklin over the coming weeks before expanding to Harrison and Gungahlin. It will operate five days a week, with operation starting 7:30AM at the earliest, but all ending by 4:30PM.