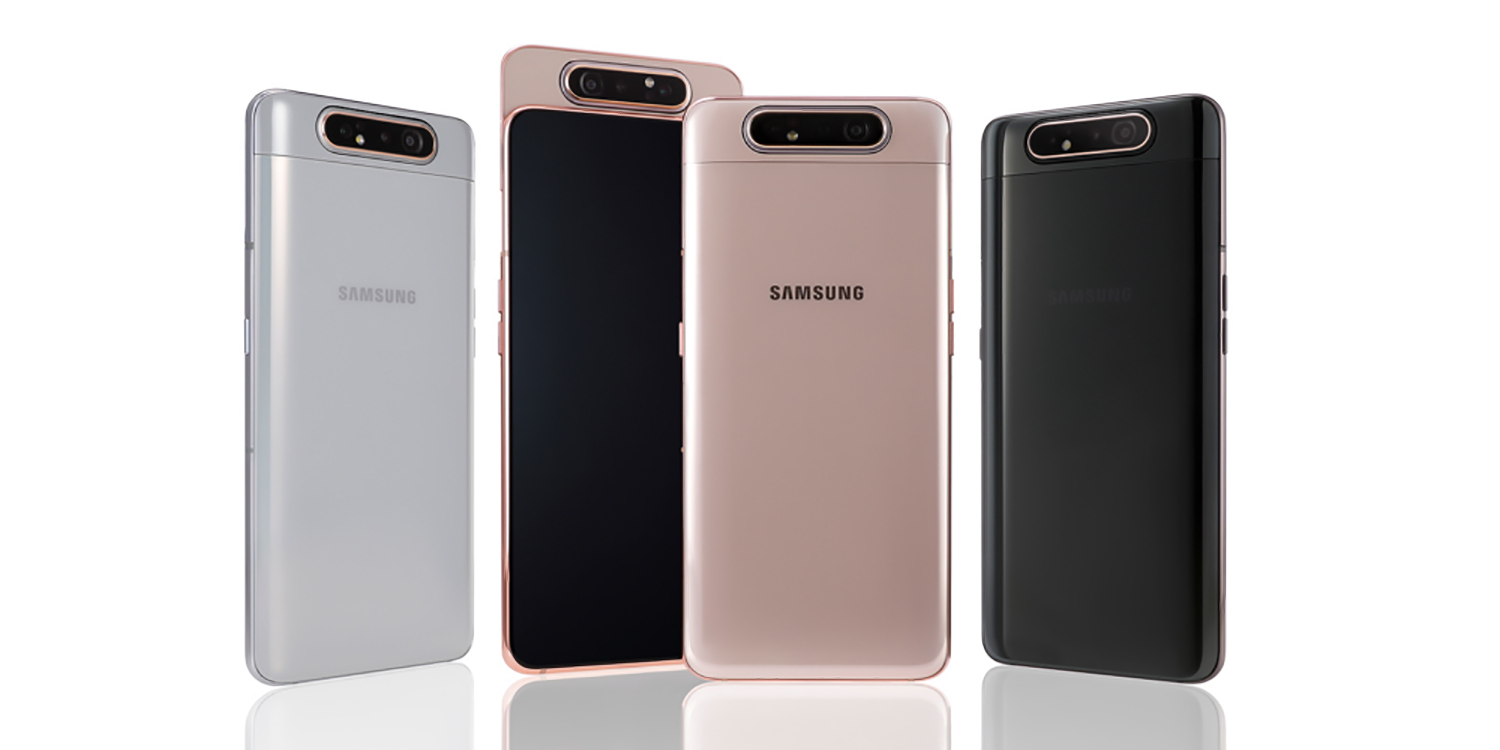 The Samsung Galaxy A80 has just been announced managing to one-up the Oppo Reno’s shark fin sliding selfie camera by introducing a sliding and rotating camera design.

The mid-range handset really does differentiate itself from the crowd with the odd feature. It’s most definitely a novel way to approach the notch and in practice seems to work quite well. Whether it will hold up to daily use and abuse is another question entirely though. It also looks to be a great way to improve front-facing selfie cameras without adding anything to the display.

That front-and-rear camera setup is comprised of a main 48-megapixel sensor, an ultra-wide angle 8-megapixel lens and a 3D depth-sensing Time of Flight sensor. The addition of the ToF sensor should result in better portrait shots, and will also help with any biometric face unlocking. Without a notch, the 6.7-inch FHD+ display offers up a sizeable screen for all kinds of content consumption.

As for the other internal specifications, the Galaxy A80 will come packing an as-yet-unnamed octa-core processor that we suspect will be a high-end Exynos chip given the ‘2.2GHz dual + 1.7GHz hexa-core’ specs listed on the Samsung website.

The rest of the internals seem to be pretty impressive. Expect 8GB of RAM and 128GB of internal storage — no word on microSD support though. Battery capacity comes in at a sizeable 3,700mAh. There is also a 25W fast charger in the box, which is always a welcome addition.

Of course, the sliding-flipping camera is no doubt the main attraction here. Three separate colors will be available, starting with Ghost White, Angel Gold, and Phantom Black — white, rose gold, and black to the rest of us. 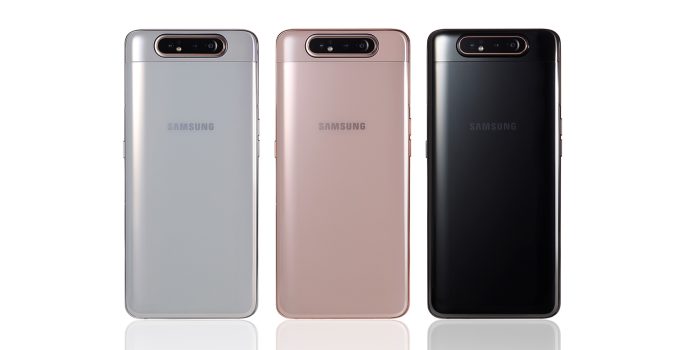 Let’s open up the floor to you guys, what do you think of the potential sliding-flipping camera module? Could it actually be the future of smartphones? Let us know in the comments section below.