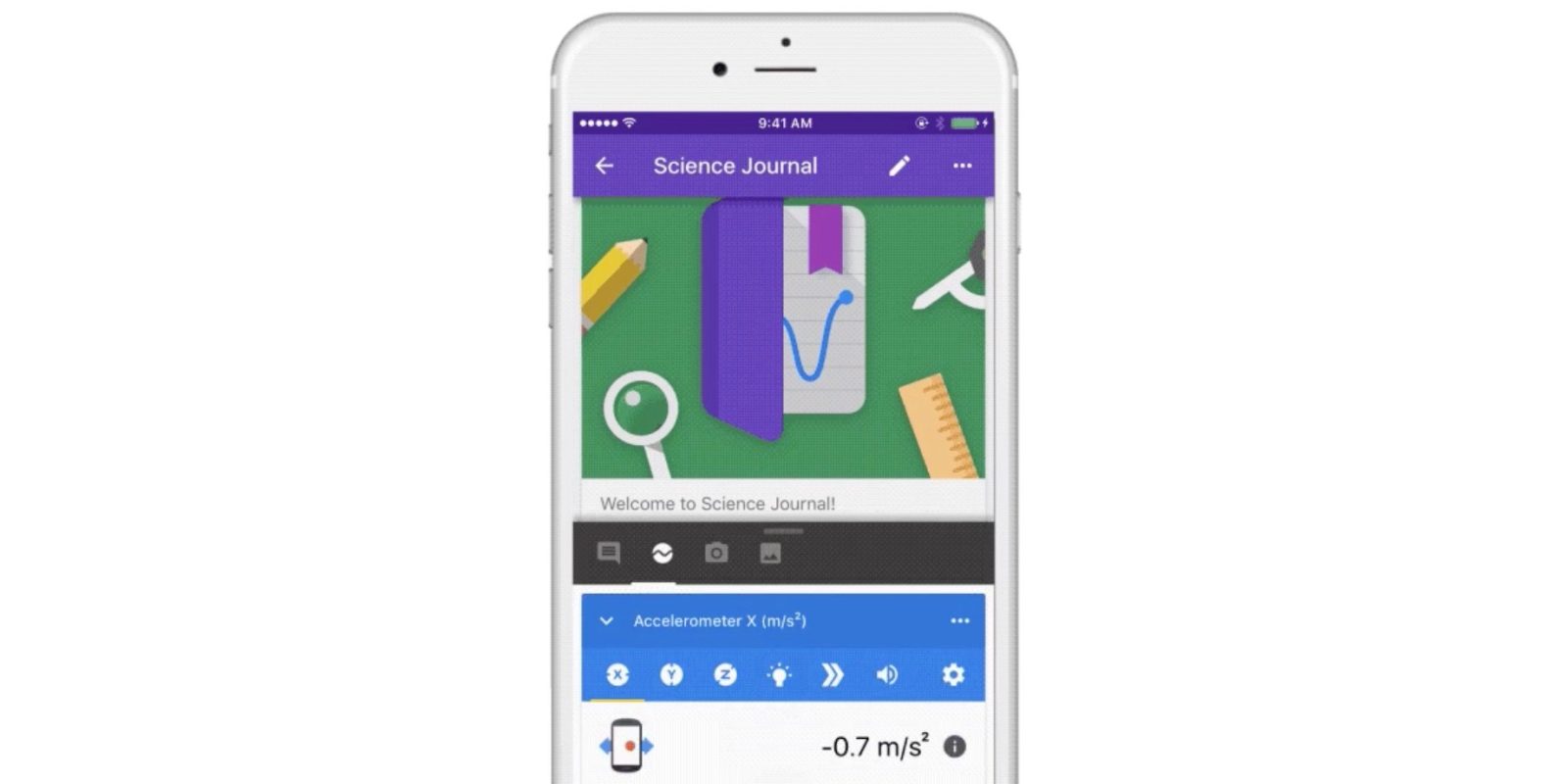 Science Journal is a digital notebook from Google for taking notes, saving pictures, and even recording sensor input. This education-focused app now features Google Drive sync so that data and experiments can be viewed on multiple devices.

Since then, we’ve heard one request from teachers loud and clear: students need to be able to access their experiments no matter what device they’re using or where they are. Learning doesn’t just happen in the classroom, it happens outdoors, at home and everywhere in between.

Google Drive sync will store all experiments created and recorded in Science Journal. This integration makes all your notes, photos, and sensor readings available on multiple devices, while providing a cloud backup.

A Google Account is required, with data appearing in a Science Journal folder on Drive. Before today, users could already export recorded data from both a device’s built-in light, sound, acceleration, and air pressure sensors, or external Bluetooth-enabled Arduino and Vernier sensors as CSV files.

According to Google, this functionality will allow for new viewing, sharing and collaboration features that are coming to Science Journal “in the future.” The standard Google Account switcher appears at the top of the navigation drawer.

Other updates include new teacher resources in Science Journal, while the iOS client was recently open sourced. Google Drive sync in Science Journal should be rolling out now with version 3.0. The app can still be used without signing in.