Here’s what Google Chrome’s upcoming Reader Mode looks like, how to enable it in Canary 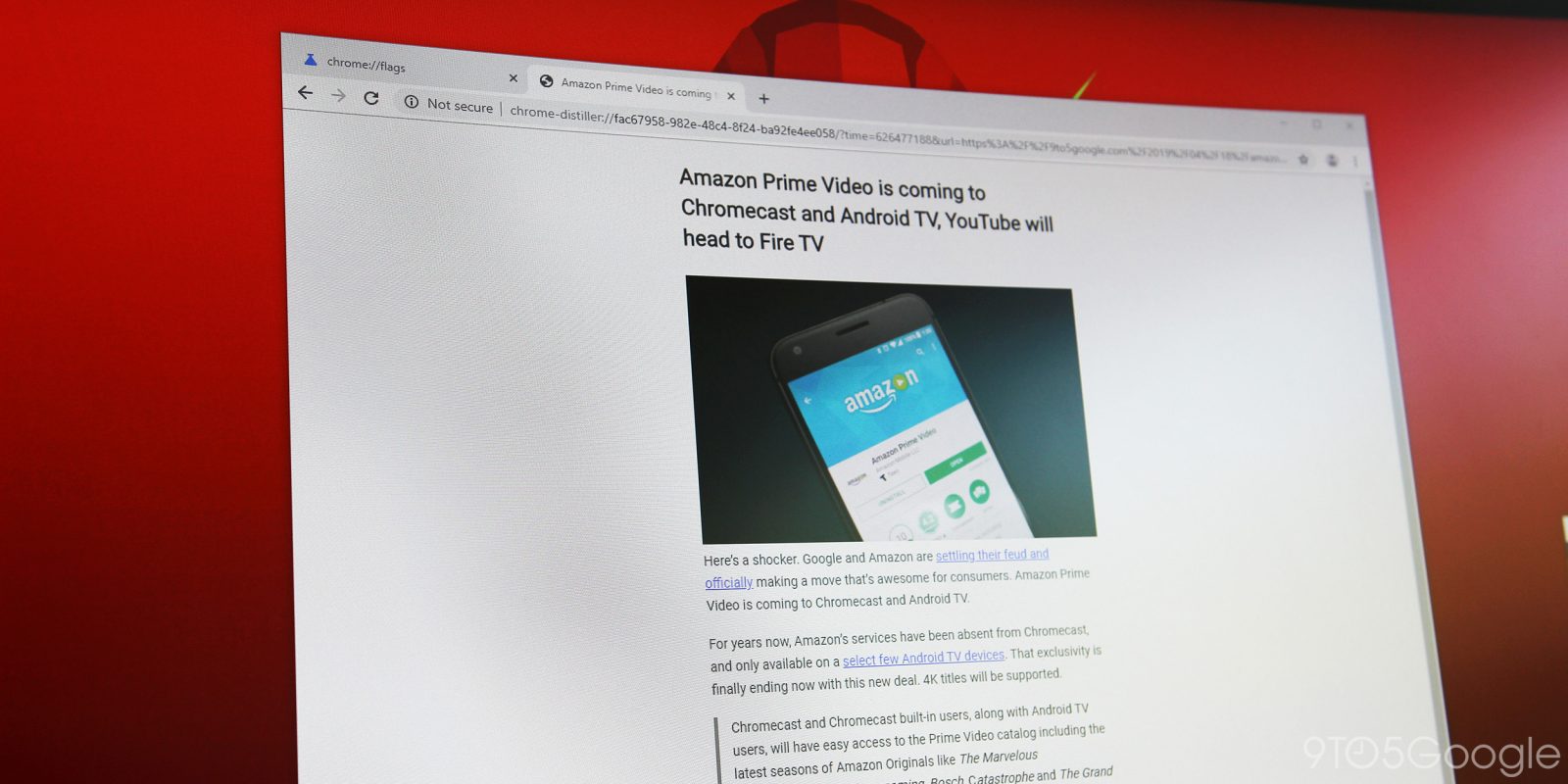 In a coming update, Google Chrome is picking up a favorite feature from other browsers – a built-in Reader Mode. Here’s what the new feature looks like, as well as how to enable it in the latest Canary release.

Chrome first added a Reader Mode to its Android version a few years ago, but the same feature never made its way to the desktop. That’s a shame, as competing desktop browsers such as Microsoft Edge, Safari, and Firefox all supported the popular feature.

Now, Google is actively working on bringing Reader Mode to the desktop version of Chrome. ZDNet spotted a flag in the latest Canary build of Chrome which is simply titled “Enable Reader Mode.”

Once enabled, this feature gives Chrome users to pretty a button in the drop-down settings menu which is titled “Distill page.” This activates the Reader Mode in Google Chrome and gives the user a simplified look at the text from whatever webpage they’re on. Unlike the competition, though, it doesn’t seem like Google has any plans on adding extra options or features to this view.

This feature is live now in Chrome Canary v75. Head to chrome://flags/#enable-reader-mode, flip the toggle, and restart the browser to get this feature working for yourself.