Chrome 74 for desktop rolling out with Windows Dark Mode support

The latest version of Google Chrome is rolling out to Mac, Windows, and Linux today. Chrome 74 introduces a Dark Mode for Windows, and lets websites respect OS-set “reduced motion” preferences.

Dark Mode in Chrome is tied to the “Colors” settings in Windows 10. Like on macOS, there is no way to manually invoke the theme just for the browser. Selecting the “Dark” default app mode will switch Chrome’s predominantly white background to dark gray, while the tabs background changes to a deep shade of blue.

This look is applied to the browser’s top chrome, including the Omnibox and Bookmarks Bar, as well as the three dot overflow menu and New Tab page. Meanwhile, on Mac, Chrome 74 brings the dark mode to more parts of the UI, including Settings and Bookmarks. Another tweak sees a new “Customize” FAB in the bottom-right corner of the New Tab page.

Since the new theme is identical to Incognito, the private browsing mode gains a text badge next to the profile icon to distinguish itself. The transition between themes is seamless and immediately updates. 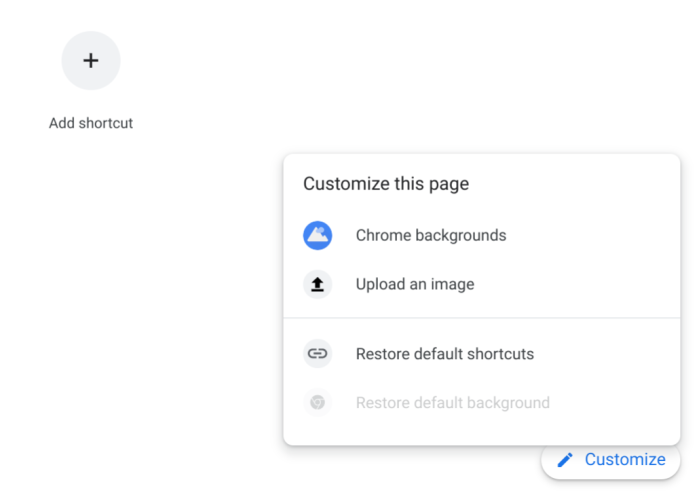 Both macOS and Windows feature accessibility options that reduce motion for users prone to motion sickness that can be caused by transition animations, parallax scrolling, and zooming effects. With the CSS prefers-reduced-motion media query, Chrome can now tell supported websites and experiences to honor that OS-level preference.

It’s also beneficial for users that want less animations and a faster browsing experience. Like in third-party apps, site developers have to add support for this feature. They can create motion-reduced variants of pages or turn off specific animations for these users.

While many users enjoy such animations, some users dislike them because they feel distracted or slowed down from them. In the worst case, users may even suffer from motion sickness as if it were a real life experience, so for these users reducing animations is a medical necessity. 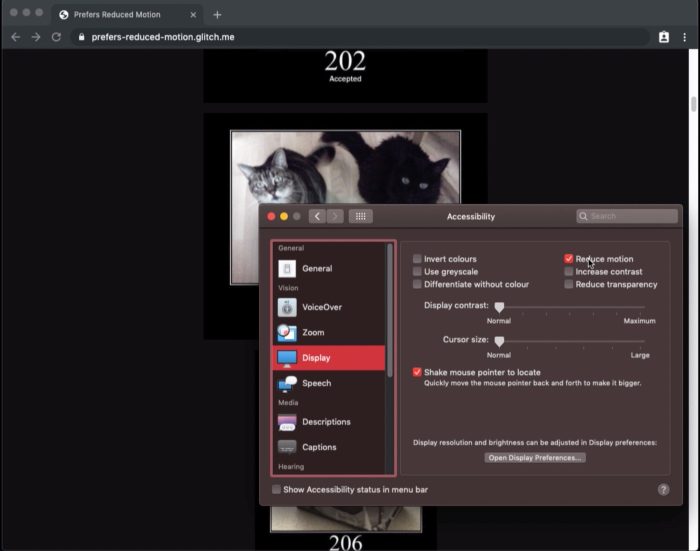 Chrome 74 prevents pages that are being closed (or replaced) from opening a popup. Specifically, “pages may not use the window.open() API to open a new page during its unload.” The browser’s popup blocker already prevents this, but the behavior in now prohibited regardless of whether the built-in protection is enabled.

Chrome 74 for desktops is available now, with Android and Chrome OS following in the coming weeks.