The latest release of Google Chrome is rolling out today for Mac, Windows, and Linux. On desktops, Chrome 73 introduces a handful of changes related to syncing and account sign-in, as well as developer support for hardware media keys and Auto Picture-in-Picture. However, the most significant user-facing addition is a Dark Mode for macOS.

Chrome’s Dark Mode respects the Appearance setting in macOS Mojave and the counterpart Windows 10 “Colors” option. It is applied to the browser’s top chrome, including tabs, Omnibar, and bookmarks rows, as well as three dot overflow menu.

Settings, Bookmarks, and other pages remain white, while the New Tab page has an issue where shortcut text is barely visible.

Overall, it is identical to the Incognito theme, with the private browsing mode adopting a badge in the top-right corner to distinguish itself. As Dark Mode is aimed at conforming to OS-level features, users have to visit System Preferences on Mac to change. Fortunately, the theme transition happens immediately and seamlessly. As of Chrome 73, the feature is only live for macOS, but it should be coming to Windows. 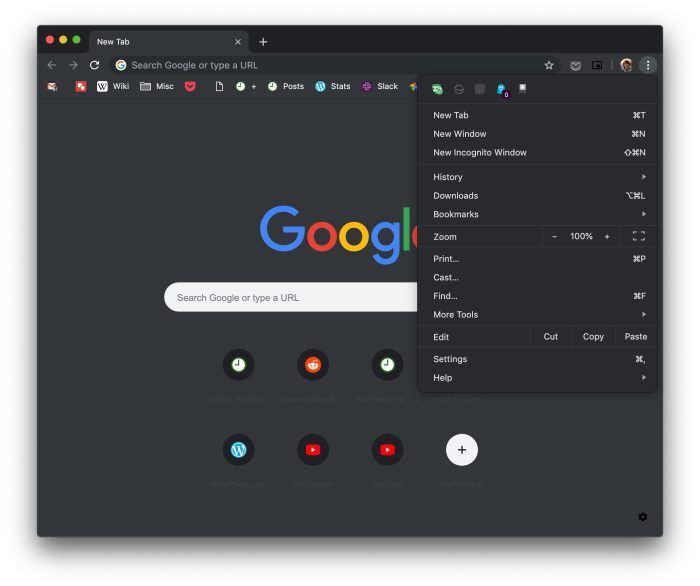 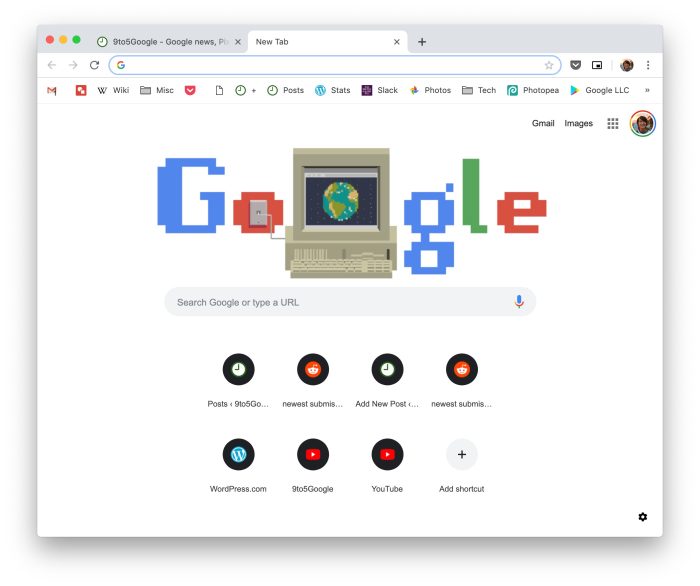 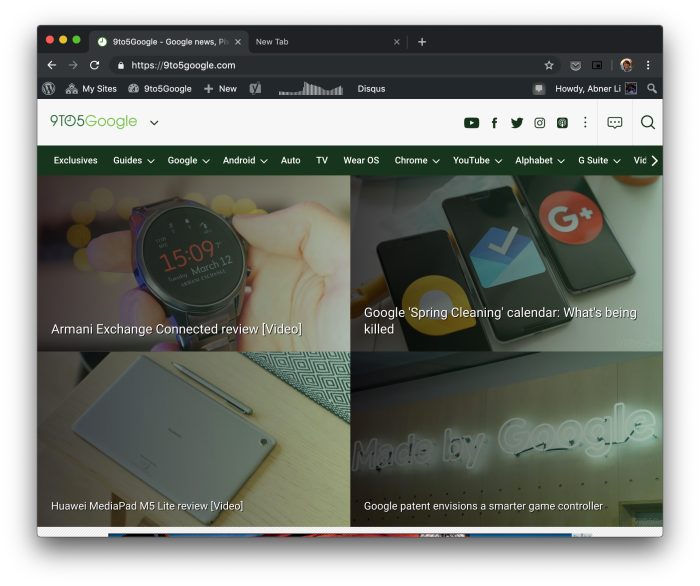 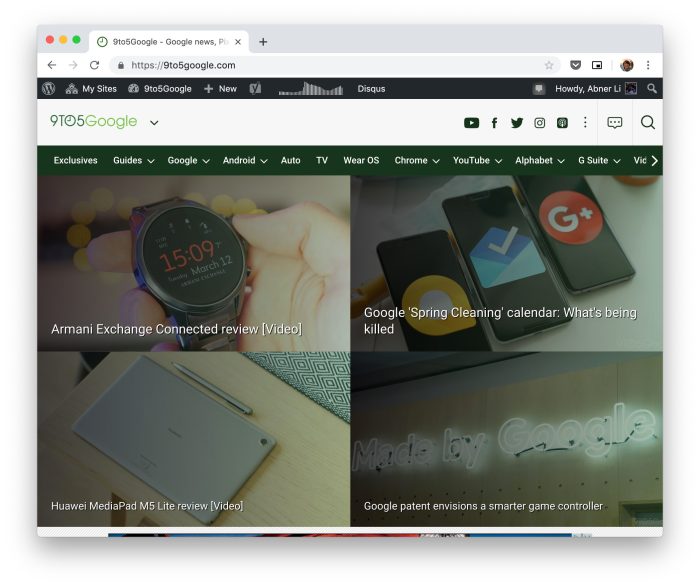 Chrome 73 continues last version’s push to streamline the settings page by adding a new “Sync and Google services” section that brings together all the options related to data collected by Google in the browser. Many of the settings were previously under “Privacy,” and are joined by three new features.

When Chrome Sync is enabled by logging in with your Google Account, there is a new “Enhanced spell check” and “Safe browsing extended reporting” feature. There is also a new “Make searches and browsing better” option that lets Chrome collect anonymized URLs. This new options and setting reorganization is not yet widely available, and still rolling out.

Chrome now supports hardware media keys to play/pause content on supported services. Next/previous track commands require that services and third-party developers take advantage of the Media Sessions API, but this will otherwise work even when Chrome is in the background. This is feature is available on macOS and Windows, with Linux support coming soon.

Version 73 begins testing Auto Picture-in-Picture for “installed” Progressive Web Apps. Video streams will be able to automatically enter and leave PiP as you switch through different apps and tabs. This feature is particularly useful for video conferencing, and still in Origin Trial testing for developers. PiP is also testing a quick way to return to the tab that video originated from right in the floating window, as well as a “Skip Ad” button on sites like YouTube.

Also on PWA front, web app icons will be able to add a visual indicator to get a user’s attention in a dock or home screen with the Badging API. This includes unread counts, event types, or just a simple dot like any other native application. Lastly, Progressive Web Apps are now available for the Mac in Chrome 73, which brings support for PWAs to all desktop platforms.

Chrome Browser binaries and the installer are now signed with a digital certificate issued to Google LLC, rather than Google Inc. There are no changes to the Certificate Authority, with end users not impacted by this change. On the security front, the network code for Chrome is being moved to a separate process. This internal architectural change should not interact with other products, but there might be issues for third-party apps:

It’s an internal architectural change that wasn’t expected to interact with other products. However, we’re aware of one report of the move breaking a third-party product that used to inject code into Chrome Browser’s process.

This release makes a number of accessibility improvements, including greater contrast and compatibility with screen readers.

Chrome 73 for desktops is available now, with Android and Chrome OS following in the coming weeks.