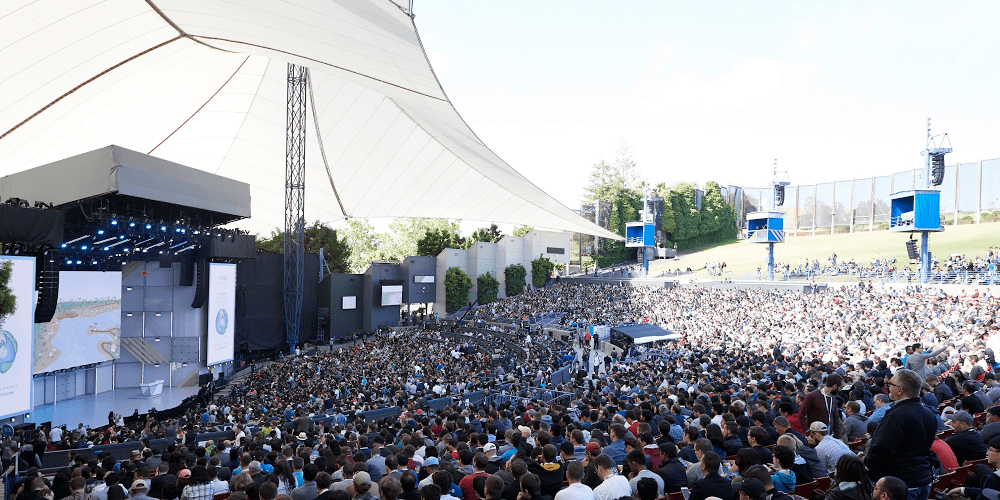 Ahead of I/O 2019 kicking off tomorrow, Google has profiled the executive producer tasked with planning and running the developer conference for over 7,000 attendees. The piece details how I/O every year takes six to nine months to organize.

Amanda Matuk has been I/O’s internal executive producer for the past four years. The process takes six to nine months, starting in November and culminating over three days in May.

She leads an over 80 person team, and is also head of “Hardware Experiences” for Made by Google. This other role involves managing all “hardware activities that take place in real life, from press moments to consumer installations where folks can get hands-on with our products.”

Once I/O kicks off, Matuk’s role is to “support the team,” with “nobody build[ing] a conference of this scale and level of creative detail alone.”

A typical day is spent checking in with teammates, managing the various production teams who operate on a rolling schedule, and monitoring potential challenges like the ever-present lunch rush. I average 28,000 steps a day during I/O.

The profile in Google’s Keyword blog talks about moving I/O 2016 from Moscone Center in San Francisco to the Shoreline Amphitheatre in Mountain View. It was a decision driven by Sundar Pichai’s ascension to CEO, a “very core moment to the company.”

It was late 2015 when we decided to make the move, as Sundar Pichai had just stepped up as CEO of the company. We wanted to connect back to our roots with the developer community who are based in Silicon Valley.

In typical Google fashion, the company wanted to challenge the “standard conference format, and also put developers—our core users on many of our platforms—at the center of the conversation.”

Something I’ll remember for years to come is the opening moment in 2016. To have Sundar, a former product manager, stand on the stage as the CEO and open what felt like a rock concert of a conference was something really special. We had our new leader, speaking to the developer world, making them feel celebrated in a very real and genuine way, and we ushered in a new style of conference.