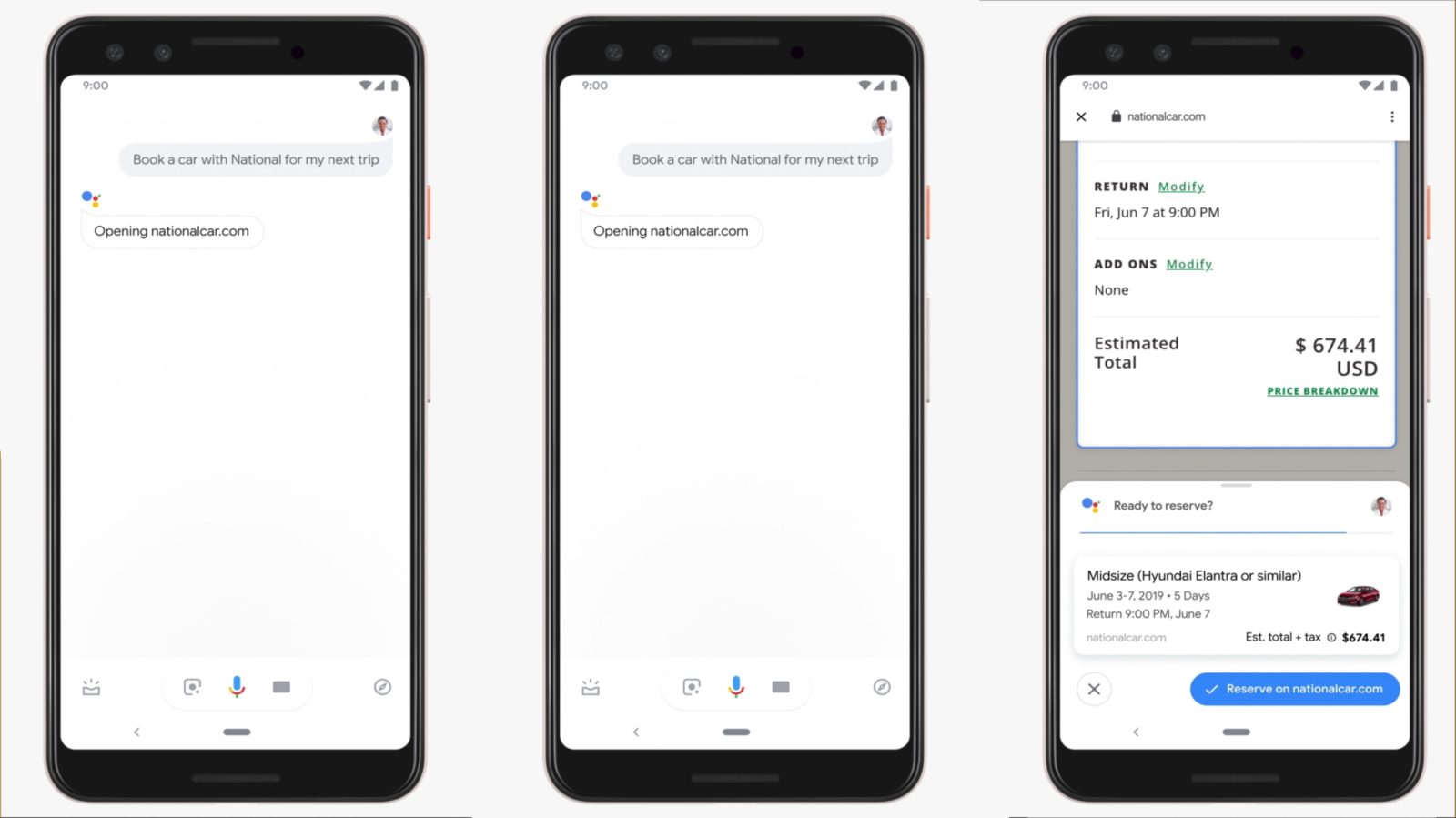 At Google I/O 2019, Google has announced that Duplex is moving from being a voice-only service to being able to complete web-based tasks using Google Chrome on Android and information from your calendar and Gmail.

Google Duplex, an extension of the Google Assistant which premiered at last year’s Google I/O, has thus far been demonstrated as a way to book services via phone calls, using a deceptively-human sounding voice. This year, Duplex is expanding to automating other tasks.

More specifically, Google Duplex for web will be able to use information Google already knows about you and your schedule to book appointments and make purchases. In the on-stage demonstration, we saw Duplex used to book a rental car for an upcoming trip.

Instead of needing to fill in the details manually, Duplex for web will be able to find all the details of your upcoming trip, like dates and times for flights, from Gmail and Calendar. With that information, Duplex will open the National Car Rental website in Google Chrome, and swiftly work through the process of booking the car.

Details like which type of car you prefer and how you pay for the rental is also automatically filled in by Duplex for web, from your previous reservations.

We actually discovered some aspects of this feature earlier this year in the Chromium repository, including an early version of the demo shown on-stage, and the feature was at the time called “Autofill Assistant.”