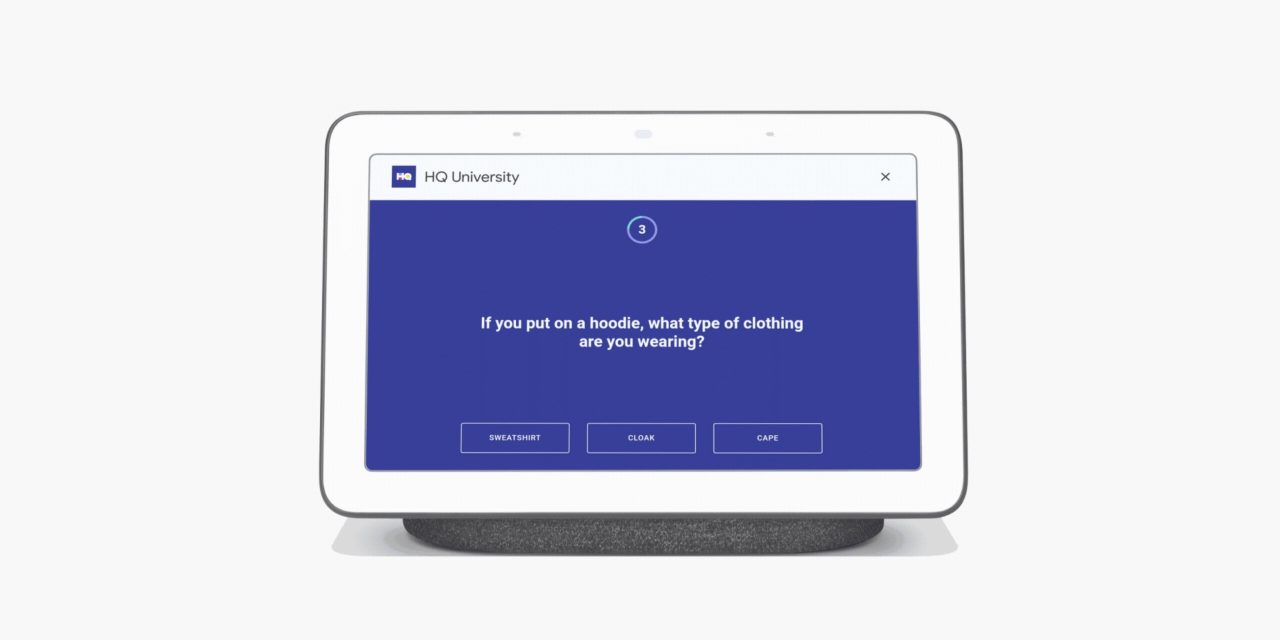 With Smart Displays last year, Google Assistant in the home gained a screen to allow for more complex experiences beyond voice. Leveraged today for watching video, recipes, and controls, Google is now letting developers take advantage of the display for fullscreen app-like experiences.

Actions — what Google calls apps for Assistant — today are primarily voice-based given a debut on smart speakers. As Assistant rolled out to Android phones, applications began adding visual interfaces and touch interactivity.

These touch-optimized Actions are now coming to Smart Displays with Interactive Canvas. Developers can build full-screen experiences for Assistant Smart Displays that leverage input methods like voice, visuals, and touch. Like on phones, there is a white bar at the top of the screen with the Action icon, name, and close button.

Built on web technologies, developers can just leverage their existing HTML, CSS, and JavaScript skills to create these experiences.

For example, the “Talk to HQ University” Action — which is already available on phones, speakers, and other Assistant devices —  is shown optimized for a Google Home Hub. The UI appears horizontally instead of vertically with additional spacing and larger touch targets given the extra screen real estate.