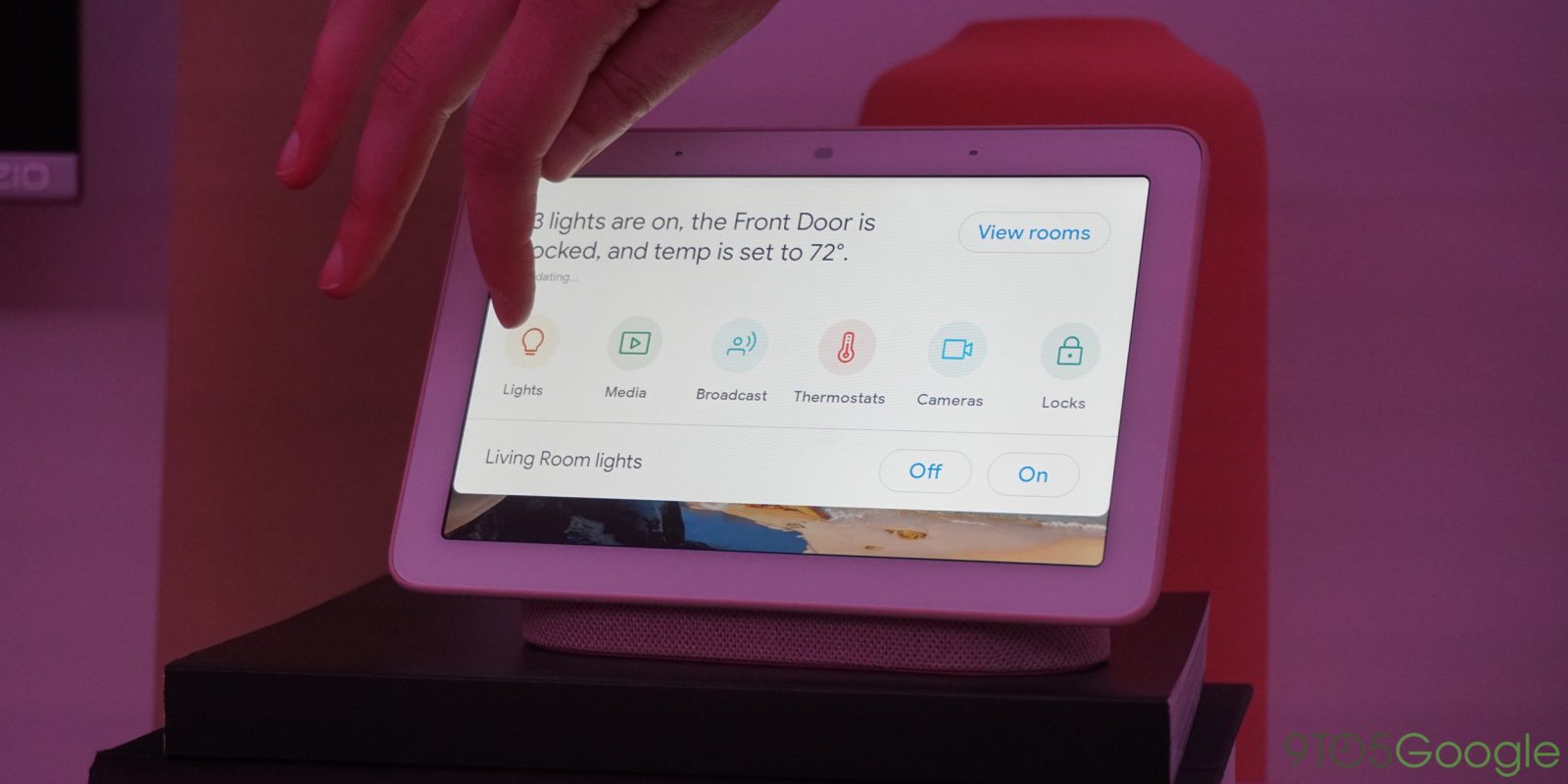 With the Google Home Hub on Tuesday, Made by Google debuted a slew of new features like Home View and Live Albums. That functionality, along with multi-room audio, is coming to all existing Assistant Smart Displays with an update in the coming weeks.

Like on the Google Home Hub, Home View will be accessible by swiping down from the top edge of any Smart Display. Users can quickly control all home appliances with an accompanying visual interface when adjusting smart bulb color, thermostat temperature, and more.

Cameras like the Nest Hello Doorbell will allow users to see who is at the door on-screen and send quick responses. Smart Displays can also control TVs from Hisense, Philips, Sharp, Sony, Vizio, and Xiaomi, as well as Set Top Boxes like Dish, Foxtel, Nvidia Shield, Sling, and Vodafone.

Acting as a universal controller, you will be able to power on/off devices, adjust playback, control volume, and browse through a visual channel guide, either visually or via voice.

When in Ambient Mode, the screened Assistant devices will become a better photo frame with Live Albums. This new Google Photos feature can show the best photos of people and pets, with machine learning working to remove blurry images, duplicates, sensitive, or uninteresting ones.

On the music front, Smart Displays are adding support for multi-room audio. This will allow you to add a device to an existing speaker group to play joint audio across your house. At launch, this feature differentiated the displays from existing smart speakers.

This major update will begin rolling out in the next few weeks to the JBL Link View and Lenovo Smart Display, as well as LG’s previously announced device that is coming later this year. The Google Home Hub will be available starting October 22nd.