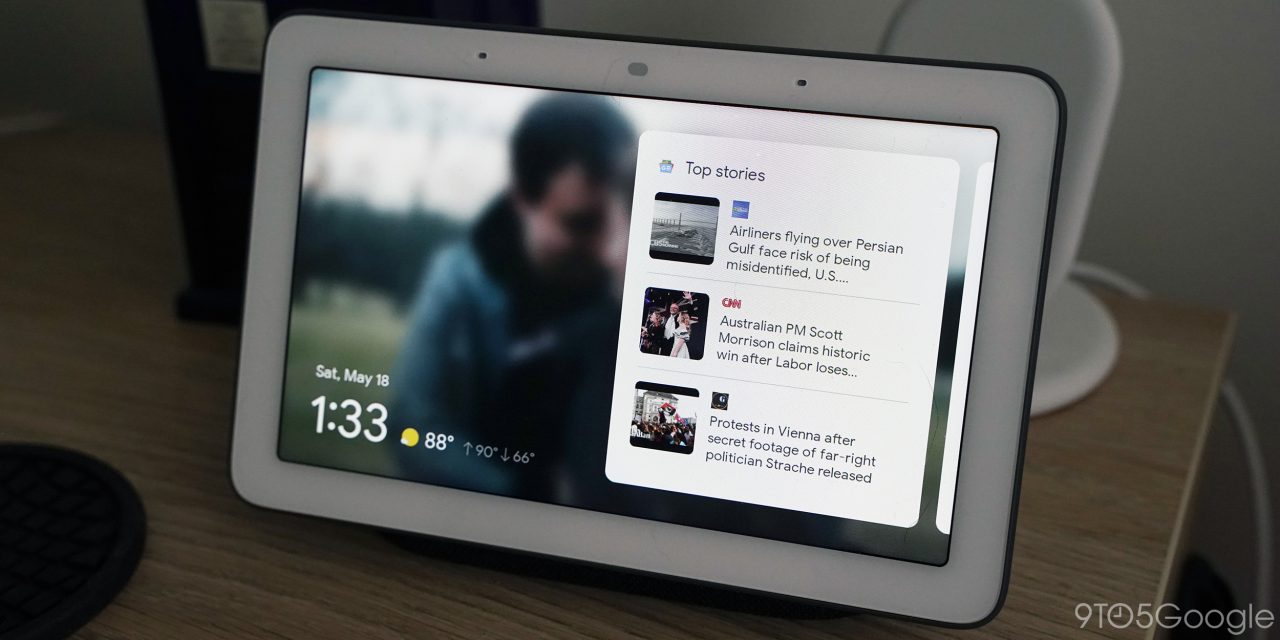 At I/O 2019 last week, Google announced a handful of new Smart Display features and the Nest Hub Max. Over the past few days, the Assistant devices have seen additional clocks and a new Routines shortcut. Google is now rolling out a new Smart Display UI with revamped homescreen.

This new homescreen was first exhibited on the Nest Hub Max last week, but is now rolling out to the Nest Hub. The default/rest state of Smart Displays is and remains the Ambient Mode/Photo Frame.

Once users tap and interact with the device, they are taken to the homescreen of cards for YouTube, Google News, audio controls, and more. The background was previously stark white, while the left-hand side showed the time/date and weather with three-day forecast.

The new Smart Display homescreen swaps out the initial bright wallpaper for whatever is on your Ambient Mode. On first tap, the current photo or clock will be blurred and becomes the background as you swipe through the first card. Once you get deeper into the carousel, the white backdrop returns.

Update 5/21: After rolling out to some users on Saturday, Smart Displays are reverting to the previous homescreen. The Ambient Display no longer serves as the background and the full weather widget has returned. Google might have released this new design too early, but the Google Store still shows the revamped interface on both the Nest Hub and upcoming Nest Hub Max.

This results in a dimmer interface, while that initial card is no longer displayed against a similarly white background. However, this change looks less great when blurred clock faces become the wallpaper.

Additionally, the dedicated weather forecast has been removed. The time/date are larger and moved to the bottom-left corner, while the weather is limited to an icon, temperature, and high/low. The detailed forecast is gone, but users can tap on the icon to load a fullscreen result. This for some users will be an unfortunate change that adds another step to a common action.

This new design is rolled out to several, but not all Nest Hubs we checked this morning and is likely tied to the latest Google Home firmware (version 1.39154941) from Monday. Third-party Smart Displays from Lenovo and JBL should see this revamp given the usual level of feature parity. 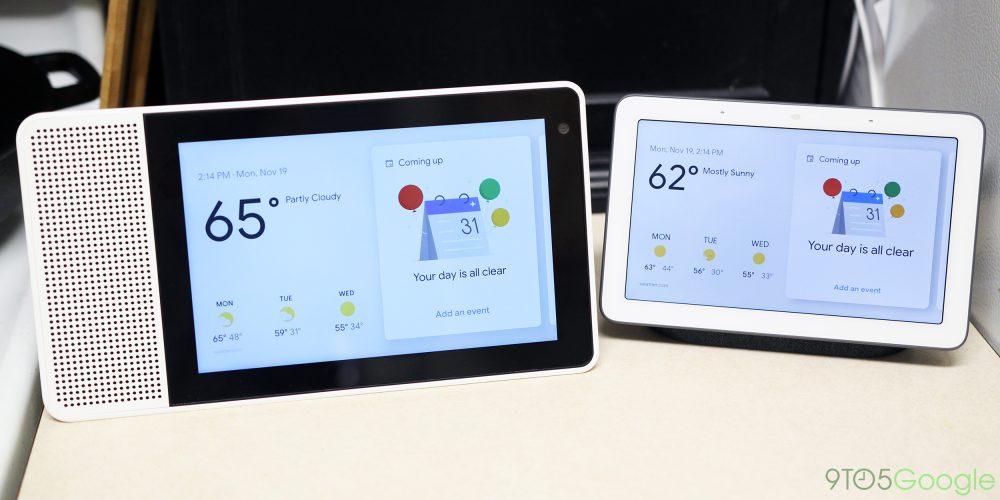