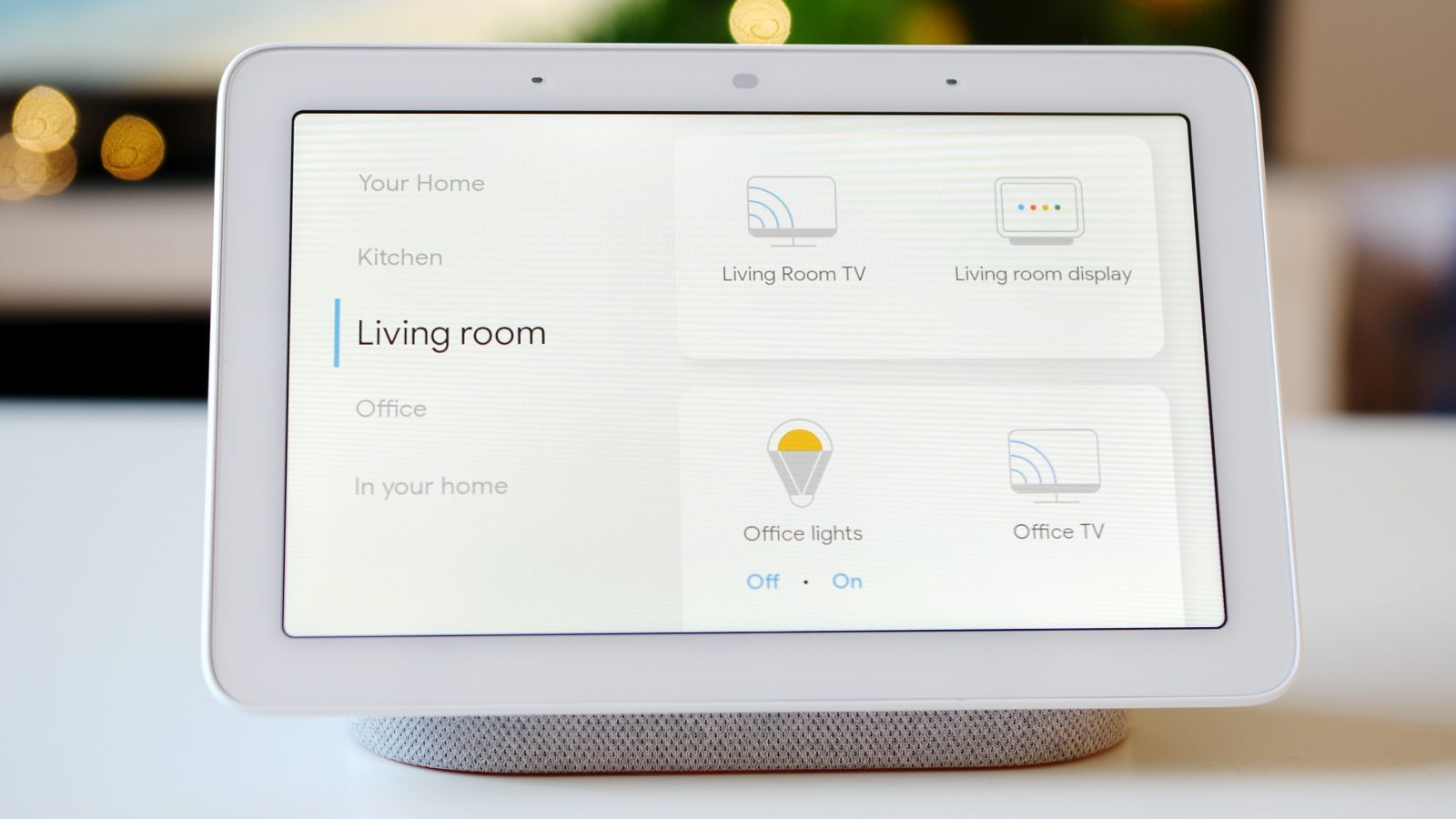 Yesterday, the latest Google Home firmware widely rolled out to speakers and Smart Displays. On the Nest Hub, it introduces a new shortcut in Home View to quickly launch Google Assistant Routines.

Version 1.39154941 is the current production firmware for all Google Home devices. Swiping down to access Home View on a Smart Display reveals a new Routines shortcut that loads your list of set macros. In addition to being rolled out on several Nest Hubs we checked, this feature is also live on the Lenovo Smart Display.

Selecting an Assistant Routine will initiate it immediately across your set smart home devices or on the Smart Display itself. The purple button with a sun/moon icon appears as one of the first items in the Home View carousel.

A similar shortcut was added to the Google Home app in December after the initial redesign and Home View launch during the 10/9 event. Other Home View capabilities include controlling smart lights, thermostats, media playback, and seeing live security camera feeds.

At I/O 2019, Google announced a handful of new features for Smart Displays. One very useful ability is ending an alarm or timer by just saying “stop” and not having to preface with the “Hey Google” hotword. This feature leverages on-device processing to guarantee user privacy.

Meanwhile, Assistant will get better at serving personalized suggestions with “Picks for you.” This includes offering recipes, events, and podcasts based on your past history. Google will also factor in contextual clues like the time of day when making suggestions.

Of course, the biggest announcement was the Nest Hub Max with a slew of features powered by the built-in Nest Cam. This includes Face Match to load personal content, and Quick Gestures to play/apuse media with a raise of your hand.