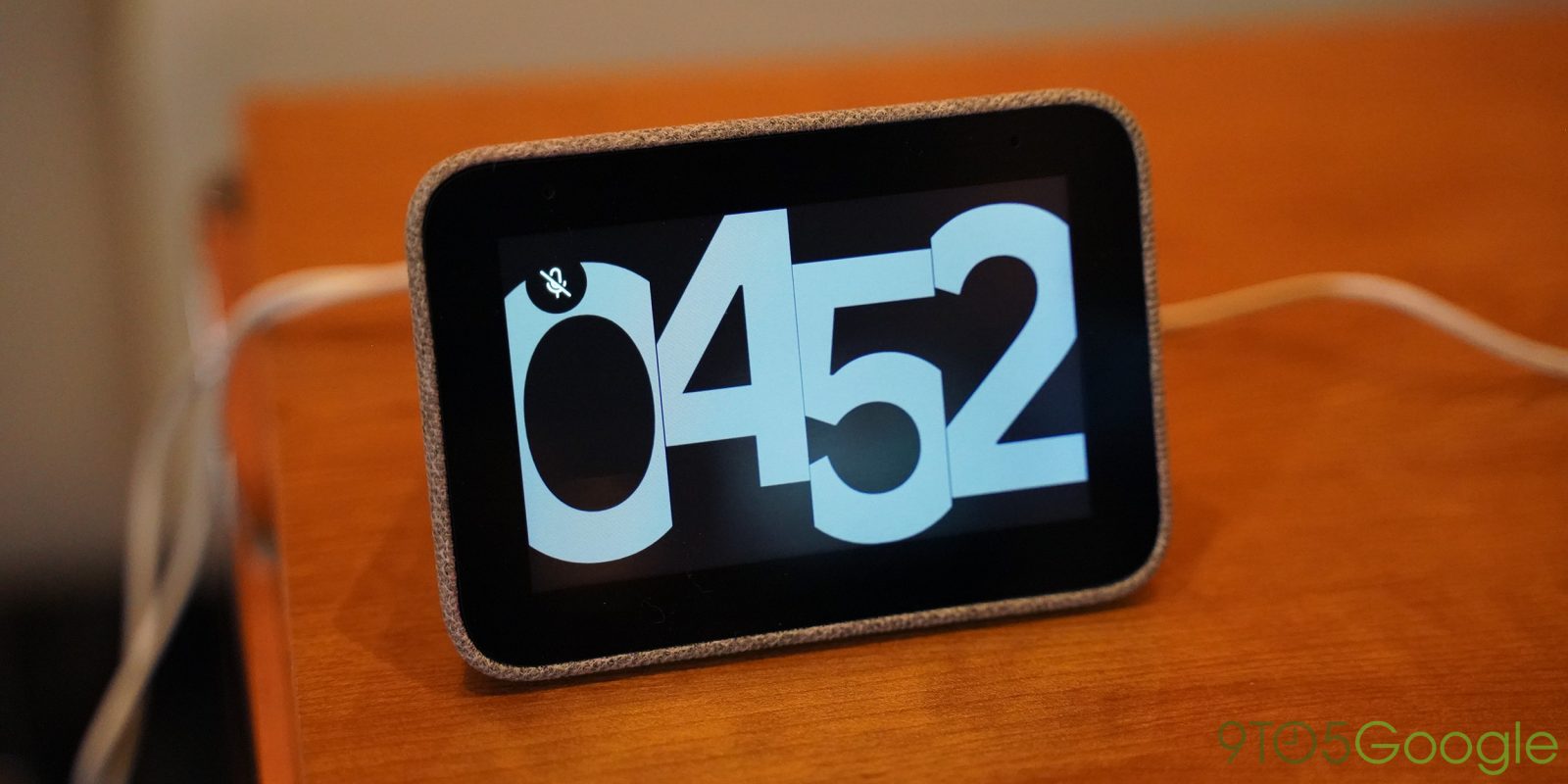 Earlier this week, the latest firmware update rolled out to the Nest Hub and other Smart Displays. Besides adding a Routines shortcut to Home View, the Google Assistant devices gain two new Ambient Mode clocks that first debuted on the Lenovo Smart Clock.

To set the new clock faces, users must first visit Device settings in the Google Home app for the Smart Display in question. Photo Frame/Ambient Mode > Fullscreen clock will reveal two new options at the very bottom of that list.

Like Flip, Analog, and Word, the new “Moving digits clock” has dark and light variants to best suit your environment. It’s clear that this new face was designed with the compact 4-inch screen of the bedside Lenovo device in mind. The digits squeeze right next to each other to maximize the display of the Smart Clock.

For those that want the absolute largest time, Moving digits is a good Flip clock replacement. The latter design has ample padding to mimic an analog split-flap display, while the new face sits edge-to-edge. As the name suggests, the digits slowly move with the time and are not perfected centered on screen. However, the lack of physical separation between numbers does reduce readability.

It is available right now on the Google Nest Hub, and should also be accessible on third-party Smart Displays given the usual level of feature parity. Version 1.39154941 of the Google Home firmware began rolling out earlier this week and should be widely released, with similar updates for other devices. This face, among other signs, suggest that the cute Lenovo Smart Clock unveiled at CES 2019 in January is also coming very soon.