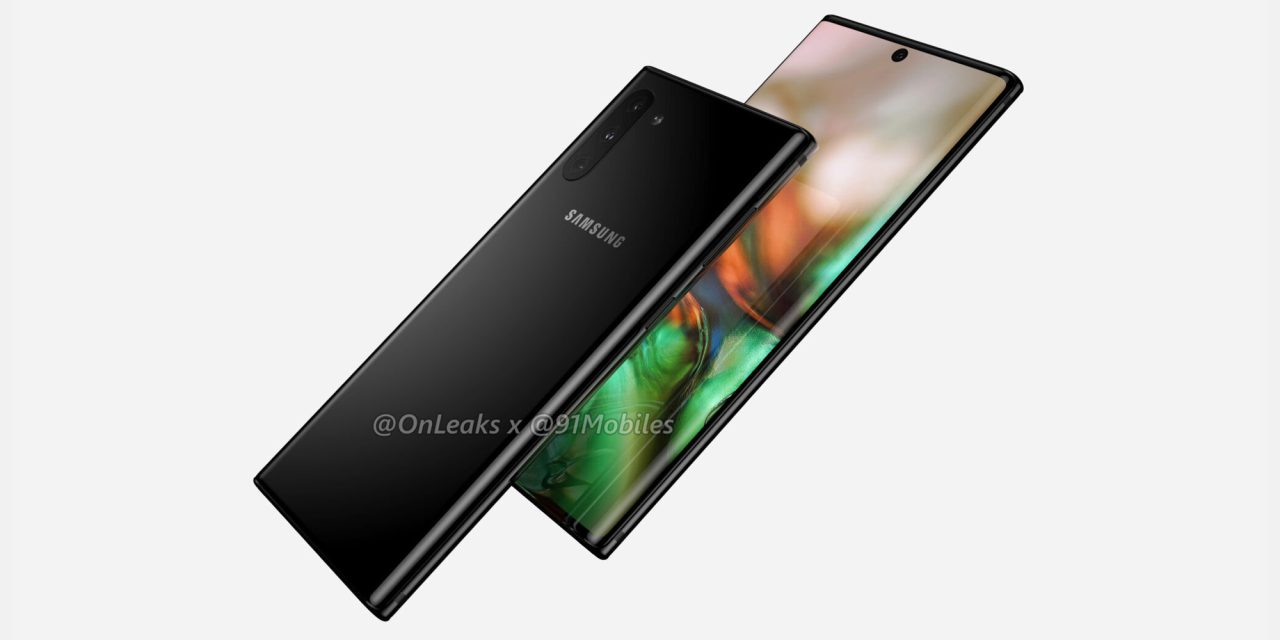 While the Samsung Galaxy S10 line is the current top-tier offering from the South Korean tech giant, the upcoming Galaxy Note 10 will no doubt take that formula, refine it, and then pump out one of the most wanted devices of 2019. Now thanks to some leaked reference renders by notorious leakster @OnLeaks and 91Mobiles, we’ve got a glimpse of what we can expect from the Samsung’s most wanted — the Galaxy Note 10.

The Note 9 was a triumph for Samsung. Although it was very incremental, it felt like the most complete Note experience since the device moved away from the more utilitarian roots with the Note 5. Given that we are not that far away from the Galaxy Note 10 release, we expect more leaks and tidbits to continue to surface over the coming months.

Rumors had surfaced that the Galaxy Note 10 would be the first Samsung device to drop physical buttons — and the headphone port. These leaked reference renders don’t seem to corroborate those early reports, as the volume rocker and sleep-wake button are all present but the Bixby button has vanished. The renders also showcase the buttons on the Galaxy Note 10 moving to the right side exclusively. 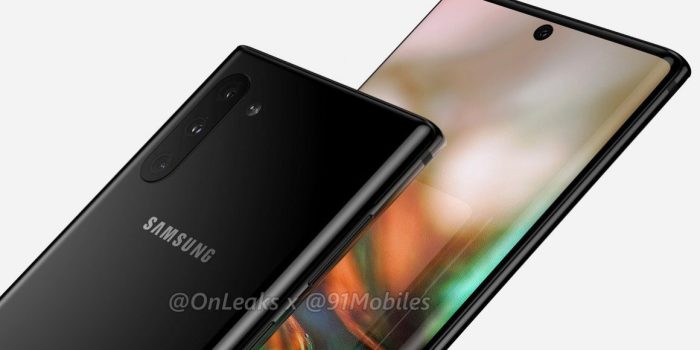 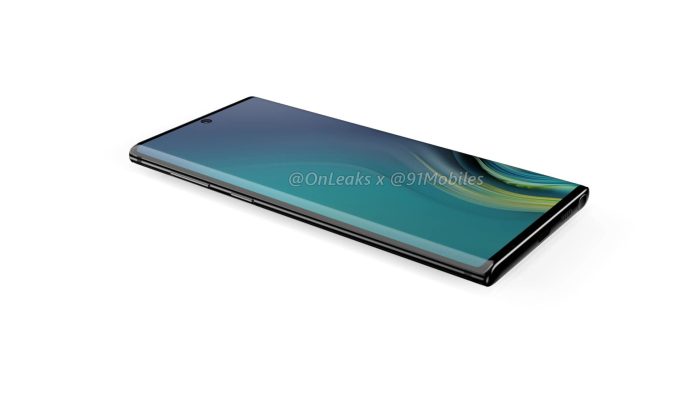 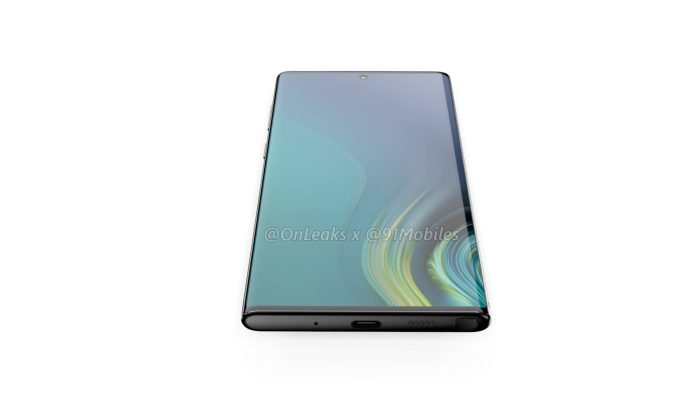 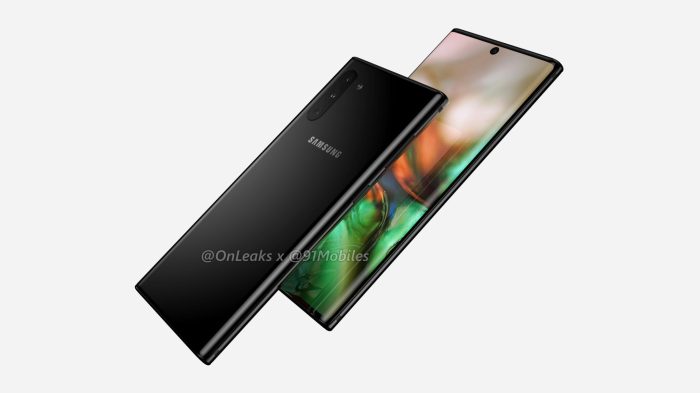 The S-Pen is returning, although we had no reason to believe it would disappear. Mainly as this is one of the core differentiators over the S10 line and an immensely popular inclusion. There is also a USB-C port, mic and speaker at the bottom of the frame but little else

The display is set to measure in at 6.3-inch in size — which actually makes it slightly smaller than the panel on Galaxy Note 9. It will also adopt the punch-hole notch but it appears that the Note 10  will adjust the positioning for a more central under-display camera location. This may be for uniformity or could simply be for more symmetry when taking selfies.

You’ll instantly notice that the rear camera setup has ditched the more central location favored by older Galaxy line devices. Instead, the Note 10 looks to adopt a more Huawei P30 style approach. This vertical camera setup looks set to include three camera options that we are sure will be very similar to those found on the Samsung Galaxy S10+. That means we could see an ultra-wide angle lens, telephoto zoom lens and a third all-purpose fixed prime.

The handset is reportedly set to measure in at 162.6 x 77.4 x 7.9mm and will include a very thin metal frame that thickens where the hardware buttons are placed — very much like on the Galaxy S10 5G model.

As for specifications, we are expecting the Galaxy Note 10 to ship with the Snapdragon 855 or Exynos 9820 chipset, up to 12GB of RAM and the One UI flavor of Android Pie out of the box. Of course, these Note 10 renders only show one of the reported models of the device. We had been led to believe that Samsung may launch a Pro model, that includes a larger display, quad-camera setup and extra internal oomph.

Given the hardcore nature of many Galaxy Note fans, what are your thoughts on these reference design leaks? Let us know your thoughts in the comments section below.