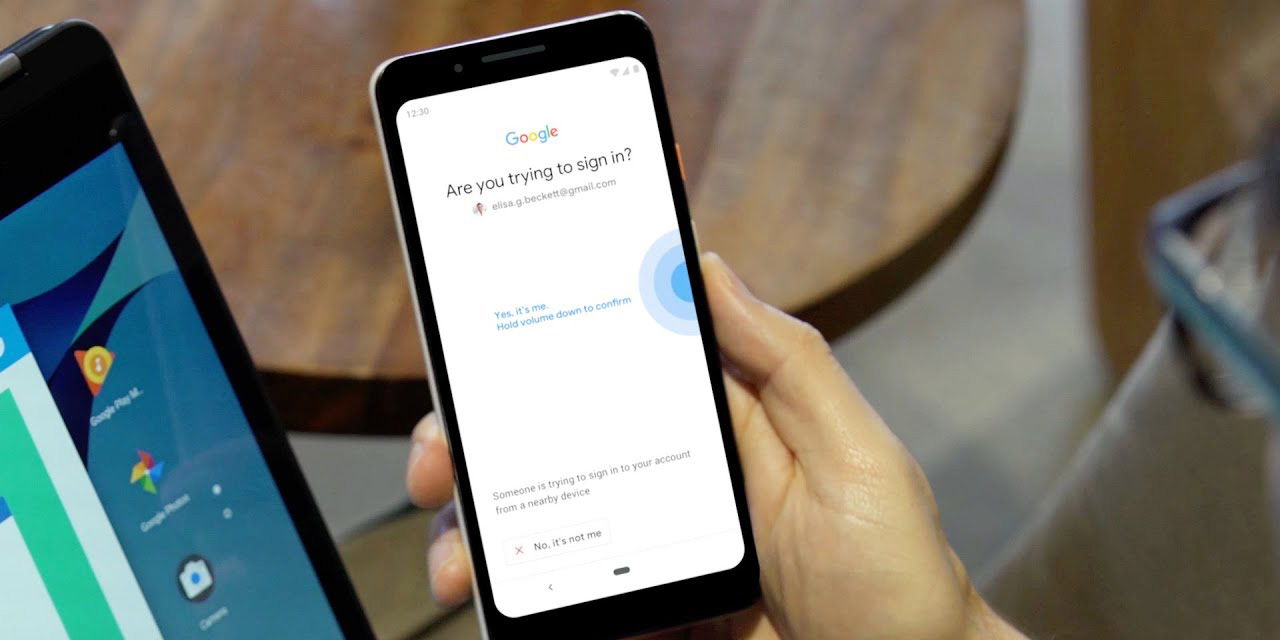 Back in April, Google turned every Android 7.0+ device into a security key for signing into Gmail and other first-party services. Log-ins made on iOS devices can now be authenticated using those Android security keys.

One advancement that Google made with Android security keys was not requiring the phone/tablet to be paired over Bluetooth with the macOS, Windows 10, or Chrome OS device ahead of time. This greatly reduces friction and allows for 2FA when logging on from any device, with the Chrome browser responsible for sending the yes/no confirmation to the phone.

Starting today, Android security phones can be used to verify log-ins from iPhones and iPads. When you sign into a Google Account on iOS, the two-factor authentication request can be confirmed by your Android device.

Instead of Chrome being leveraged (due to an iOS limitation), the Google Smart Lock app is used to communicate the 2FA request to the Android security key. Bluetooth must be enabled on both devices while entering your username and password. The company imagines a scenario where an iPad serves as the larger, productivity device for a user that carries a Google phone.

Until now, there were limited options for using FIDO2 security keys on iOS devices. Now, you can get the strongest 2SV method with the convenience of an Android phone that’s always in your pocket at no additional cost.

According to Google, this feature is widely rolled out today and available for all G Suite editions. This helps push Android security key adoption, especially on iOS, and makes them as powerful as Bluetooth fobs and NFC keys.