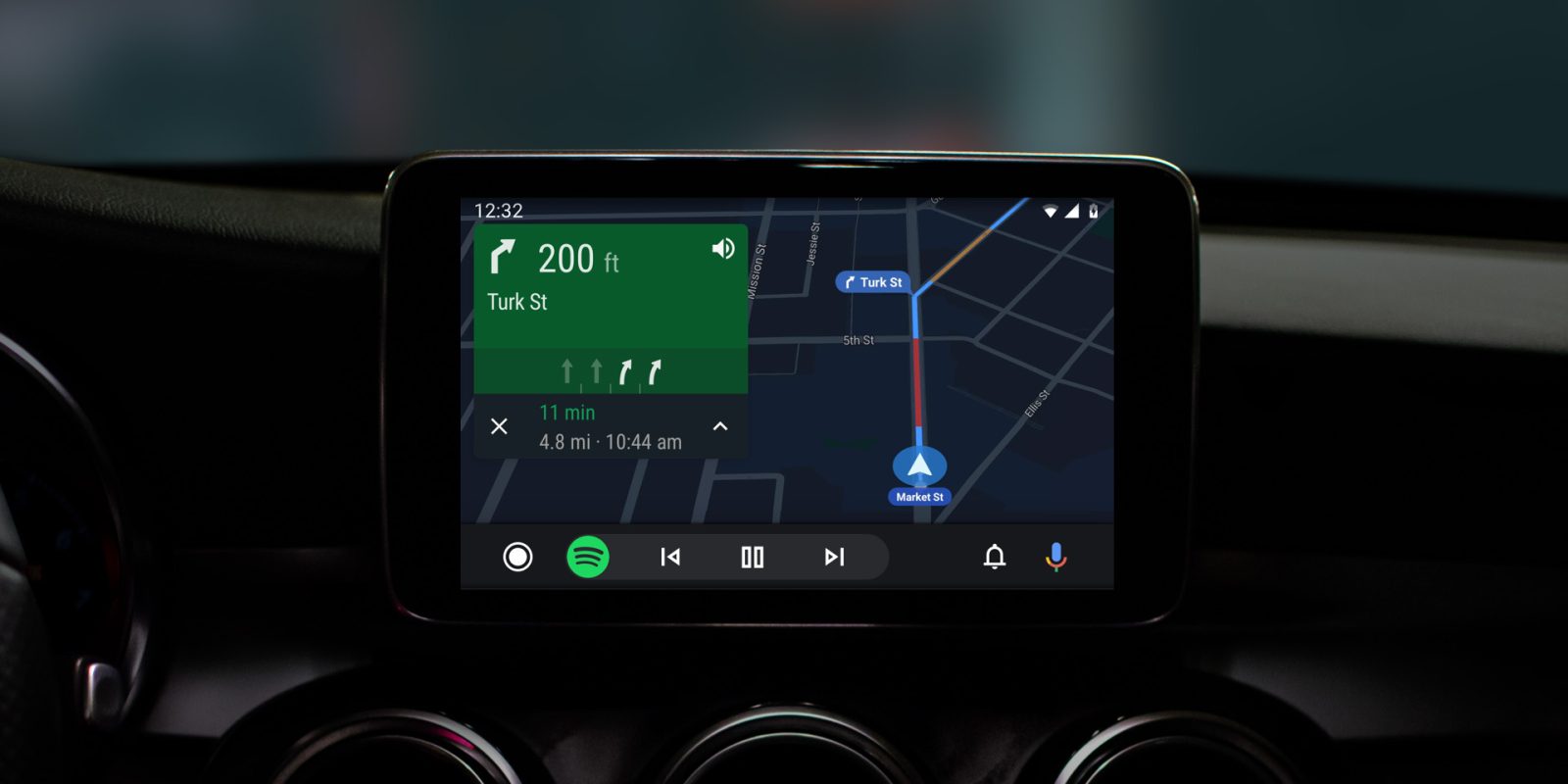 Just before I/O 2019, Google unveiled a complete overhaul of Android in cars. Featuring a dark theme, persistent media controls, and new navigation bar, the Android Auto redesign is already live for some.

Google promised the revamp was coming this summer, with the Android Auto redesign live for one UK user today. According to Reddit (via Android Police), the mobile companion app received an update to version 4.4.592344. After being prompted to unplug/replug from the car, the new look launched.

Many users have sideloaded the new version, but it does not automatically enable the new look. Our previous APK Insights, noted a “Try the new Android Auto” prompt that should turn on the design.

Update 6/26: In a statement to AP, Google says the Android Auto redesign is not live. However, it’s still scheduled for this summer.

The new Android Auto starts with a revamped navigation bar that features a home button at the very left. Depending on the context, media controls, turn-by-turn directions, or incoming call buttons appear next. 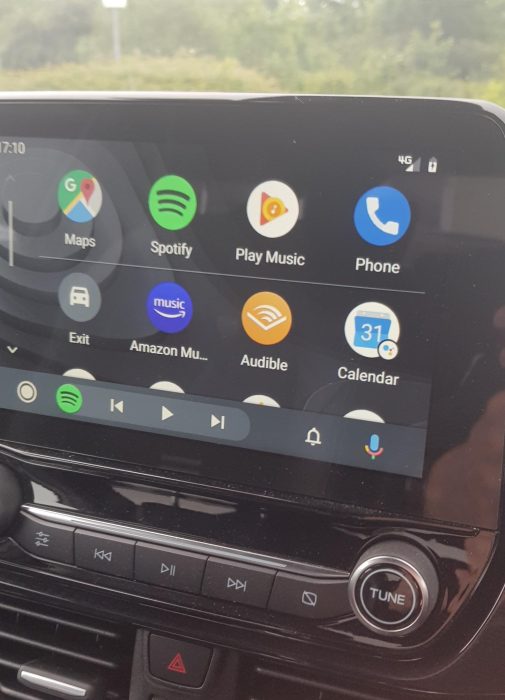 Next/last buttons for songs can be swapped out with forward/rewind in the case of podcasts and audiobooks, while play/pause is at the center. A shortcut at the left allows you to jump into the application to browse media. When navigating, turn directions appear along with distance remaining and street name.

Rounding out the nav bar is an Assistant microphone for voice commands and a bell icon. The latter opens a new notification center that lists past calls and messages, while big alerts pop-up from the top with buttons to take action.

One of the biggest improvements is a new dark theme with colorful accents and easier to read fonts. Helping improve visibility, it more closely matches your car’s interior. Elsewhere, there is a new launcher with recents up top, and all other applications below in a standard grid. Upon start-up, Android Auto can resume media playback and show your preferred navigation client.

On vehicles with wider screens, the new Auto maximizes your display to show directions, music controls, and ongoing calls at the same time. This Android Auto redesign will be live on all compatible vehicles.