Google Maps new ‘crowdedness predictions’ know how busy your bus, train will be 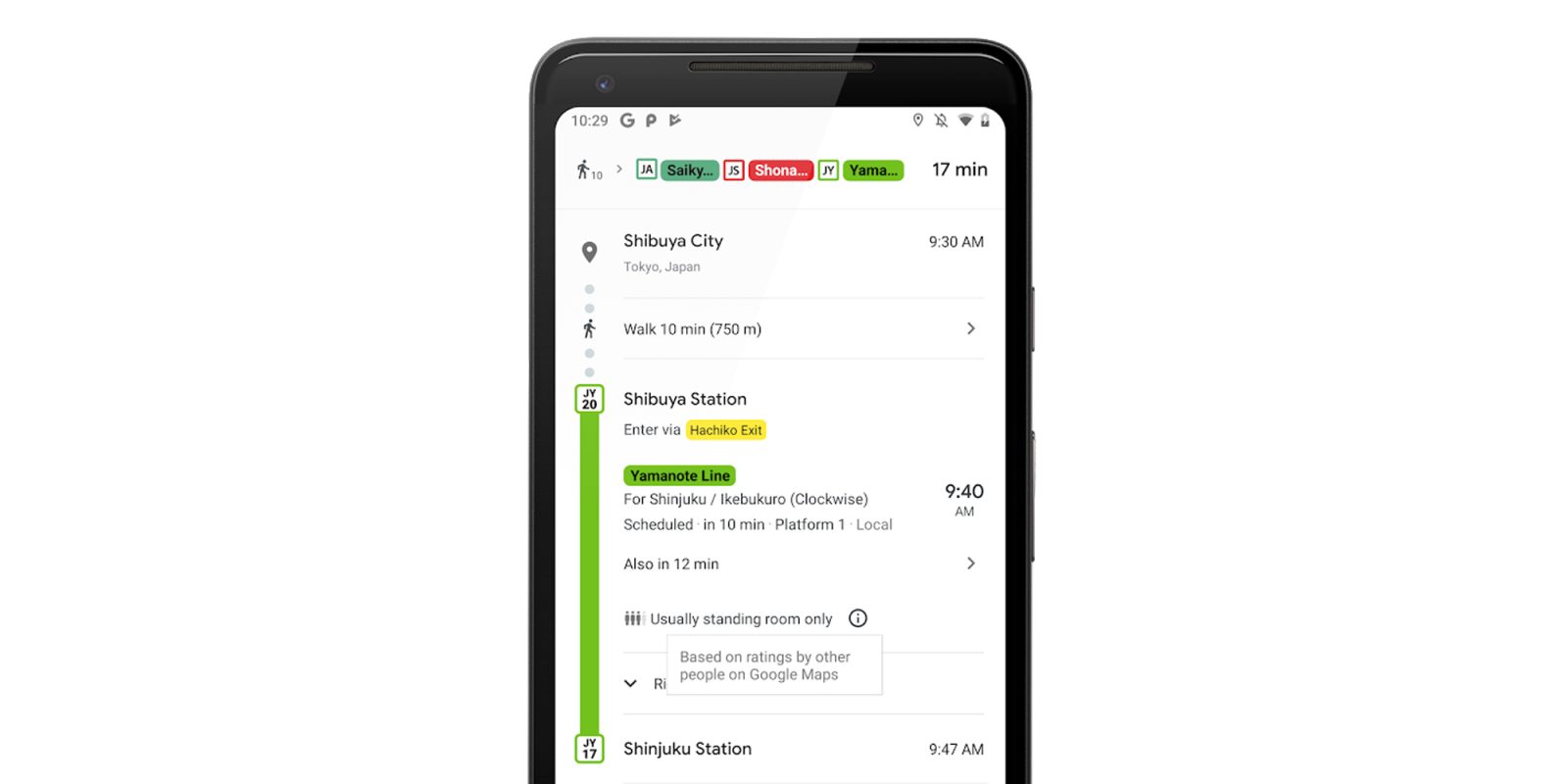 Google is now adding “crowdedness predictions” to Google Maps, which will be able to tell you just how busy your bus or train will be.

Announced in a Google Maps blog post, crowdedness predictions are rolling out now, having been developed based upon voluntary feedback given by users anonymously from October 2018 to June 2019. This data was taken during peak commuting hours between 6am and 10am during that period. It was then analyzed, aggregated and used to help Google’s Maps team develop the new feature.

To get one of Maps new crowdedness predictions, you just need to search for transit directions between two destinations. You may then see something like “usually standing room only” as a message underneath a specific route.

When you have an important meeting, a date with a friend, or a doctor’s appointment, often the first thing you’ll do is check the transit schedule to make sure you can make it on time. Unfortunately, transit schedules don’t always reflect real-time traffic conditions that impact your ride, which can cause a lot of unnecessary stress when you end up arriving later than you thought you would.

To solve for this, Google Maps is launching live traffic delays for buses in places where we don’t already have real-time information direct from local transit agencies. You’ll now be able to see if your bus will be late, how long the delay will be, and more accurate travel times based on live traffic conditions along your route. You’ll also see exactly where the delays are on the map so you know what to expect before you even hop on your bus. 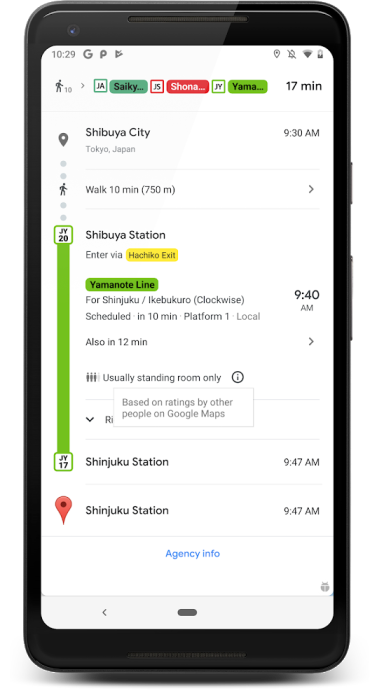 This new information will be especially valuable to those that travel on busy routes, especially during rush hours. Crowdedness predictions within Google Maps will give you details on which trains, buses and subway cars are busiest within 200 cities around the globe on iOS and Android, starting today. 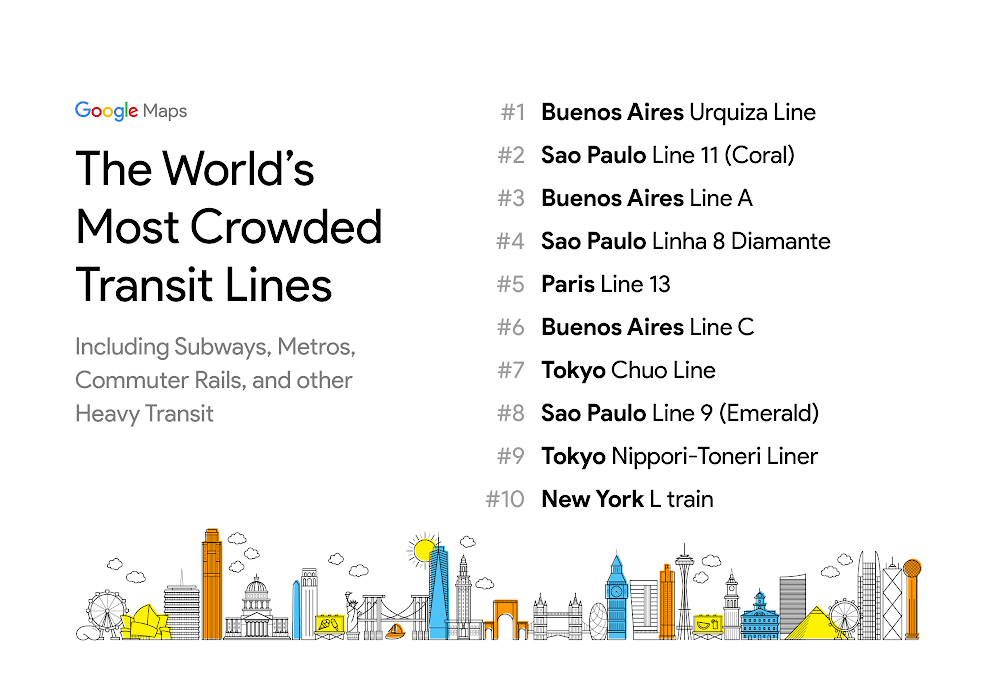 As part of this new feature rollout, Google also shared the findings of their anonymous data gathering. It turns out that the Urquiza Line in Buenos Aires, Argentina is the world’s most crowded transit line. Only one line in the United States made it into the top 10, that being New York’s L train.

If you’ve seen the new crowdedness predictions cropping up on your Google Maps app, let us know in the comments section below.