Google Fi ads imagine a phone plan made by different people, including a ‘Stranger Things’ tie-in 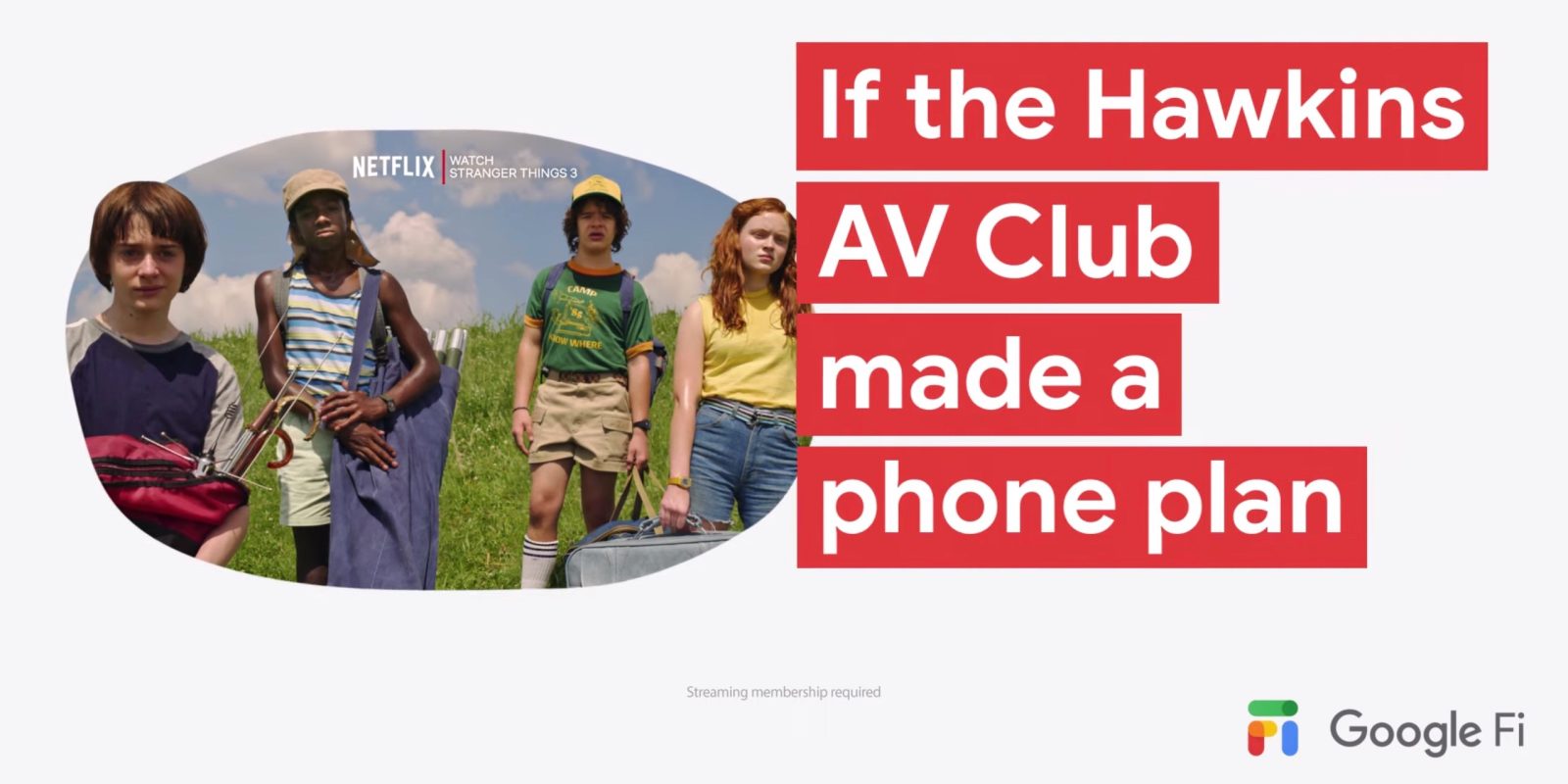 After dropping “Project” from its name and supporting more phones late last year, Google’s MVNO is trying to appeal to more customers than ever. The latest advertising campaign consists of very short videos that highlight a different aspect of Google Fi, and even ties-in with the new season of Stranger Things.

Google today published a series of ads on YouTube that are mostly 16-seconds in length. The basic format is “If [X party] made a phone plan” followed by a specific Fi feature, including international roaming and only paying for the data you use.

The conceit is that Fi — “A phone plan, by Google” — is made for a large swath of how people actually use their devices. One of the better clips that focuses on the Google Fi network ties in with Stranger Things 3 premiering on Thursday, July 4th. Netflix’s Umbrella Academy is also referenced in an ad about (time) travel benefits. Otherwise, the ads are to the point, and occasionally funny.

Bring your on device (BYOD)