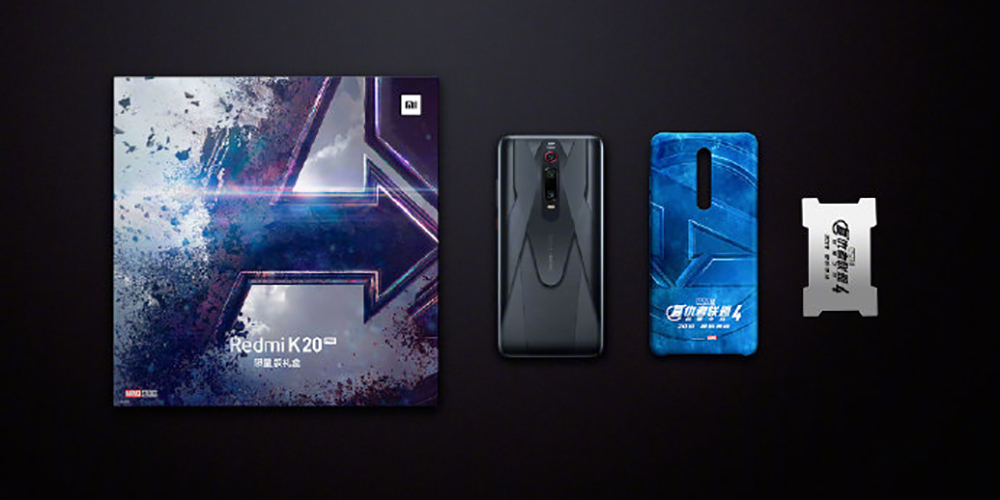 While the Xiaomi Redmi K20 Pro is a fantastic device that you could consider a spiritual successor to the popular budget beast Pocophone F1, it’s about to get even better thanks to a very special Avengers-themed limited edition.

We saw Oppo release its own special Avengers: Endgame model just a few months ago, so the Redmi K20 Pro Marvel Hero Edition isn’t the first superhero-themed handset to be made exclusively for China in recent months.

The design of the Redmi K20 Pro Marvel Hero Limited Edition will be the most interesting to true Marvel Universe fans. The packaging has a stunning Avengers: Endgame logo and comes with what appears to be a collectible badge with etched logo and Chinese characters (via GSMArena).

As for the phone, the rear panel has had a makeover to resemble Tony Stark’s Iron Man suit but in a sleek black color. There is also a neat blue Avengers: Endgame logo clip case in the box to protect that Iron Man-themed back glass. MIUI also gets a makeover with some exclusive Avengers wallpapers and theme tweaks.

While this is a limited edition, there are no internal changes for the Avengers K20 Pro. It still packs in the Snapdragon 855 chipset, 8GB of RAM, a 4000mAh capacity battery, and the triple camera setup with a main 48-megapixel sensor at the rear. If you weren’t aware, the front-facing selfie camera pops-up much like the one found on the OnePlus 7 Pro.

We don’t have any details on pricing but we don’t expect the Avengers-themed K20 Pro to be made available outside of China. For Marvel fans elsewhere, we might have to just make do with the slightly old OnePlus 6 Avengers themed edition for now.