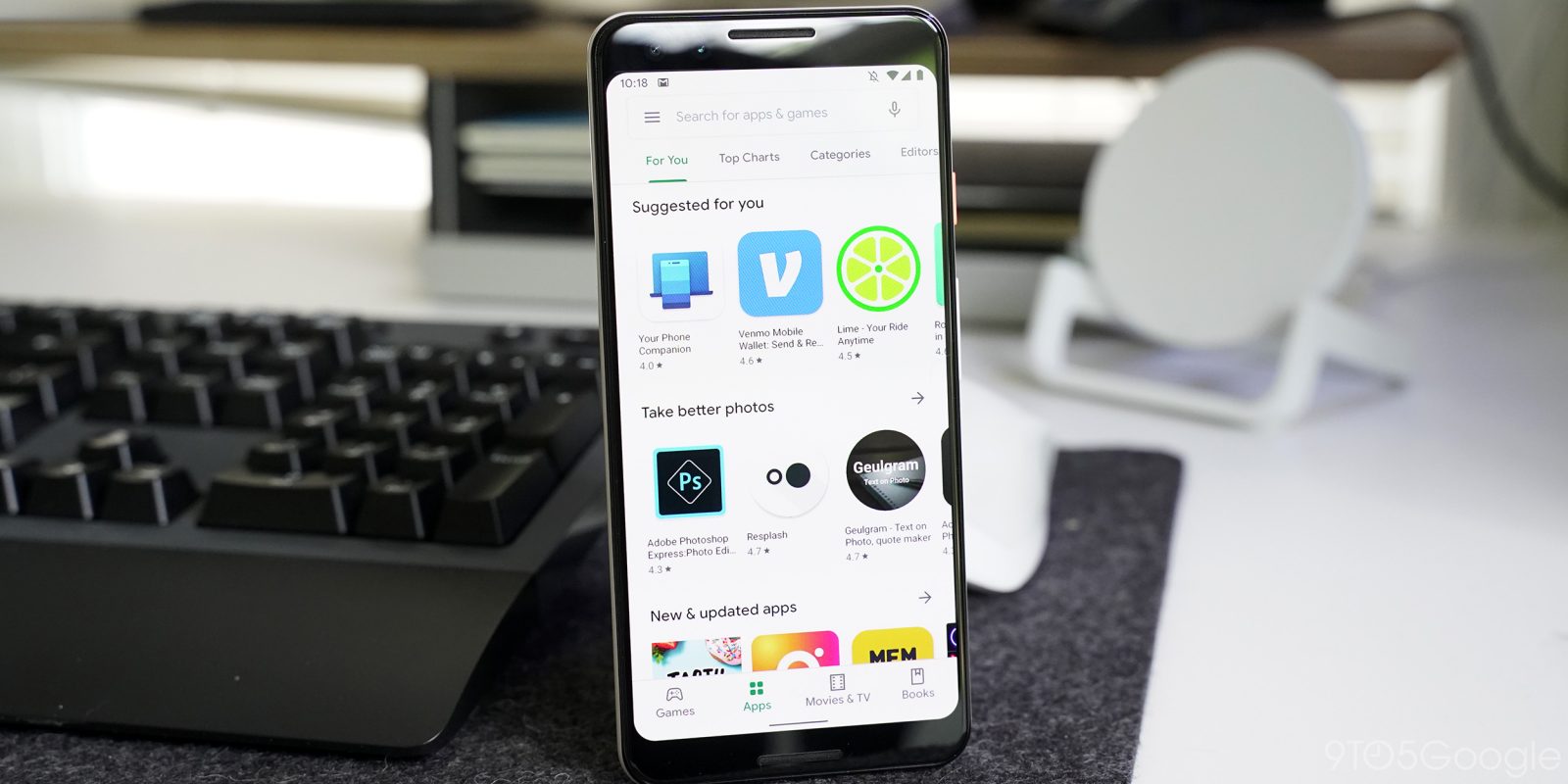 The Material Theme Play Store is likely Google’s most awaited redesign. We first enabled in April and the look began intermittently appearing last month. In the meantime, Google continues work on other Play Store features like auto-playing video, with version 16.0.15 also revealing more aspects of the revamp.

The upcoming redesign particularly shines on app listings thanks to rearranged elements and the Google Sans font. With Google Play Store 16.0.15, we enabled a slick interaction when you tap “Install.” That wide button morphs into a half-width “Open,” while “Cancel” slides in from the left.

This animation works in conjunction with the previously spotted circular download indicator. It’s a very small touch, but an extremely delightful one.

Meanwhile, Google Play has redesigned the app developer page that shows a company’s profile and carousel of apps. Google in recent months has been moving away from cover images. The Material Theme Play Store displays the developer’s logo, name, and description at the very top. An application can still be “Featured,” while the “All apps” section is underneath.

The Play Store increasingly leverages video in the main feed to advertise apps. Those clips might auto-play in the future, though will Google Play gain the option to disable in settings.

<string name=”play_protect_kept_detoxed_app_card_body”>This app is not safe and has been removed from Google Play.</string>

Thanks to JEB Decompiler, which some APK Insight teardowns benefit from. Dylan Roussel contributed to this article