Huawei is currently preparing to launch its new flagship without Google apps, but its former P30 Pro is getting some upgrades. At IFA 2019 this week, Huawei has launched the P30 Pro in two new color variants as well as teasing the phone’s Android 10 upgrade.

As WinFuture posted earlier today, the P30 Pro picked up two new colors this week. That includes “Misty Lavender” and “Mystic Blue.” There are no changes under the hood with these new variants, meaning they’ll come with Google’s services just like previously sold models.

Interestingly, Huawei is advertising these new colors at IFA 2019 alongside “With Android 10” as Roland Quandt showed on Twitter. Obviously, Huawei has yet to roll out Android 10 for any of its devices, including the P30 Pro. The banner’s fine print directly says that “the delivery time of software updates may vary.”

Under the current extension Huawei was granted by the US Government, the company can still maintain existing products. That includes updating its Android smartphones with new versions and security patches. It’s unclear when the P30 Pro will get its Android 10 update, but it’s highly likely it will be sooner rather than later as the extension puts pressure on Huawei’s timeline. 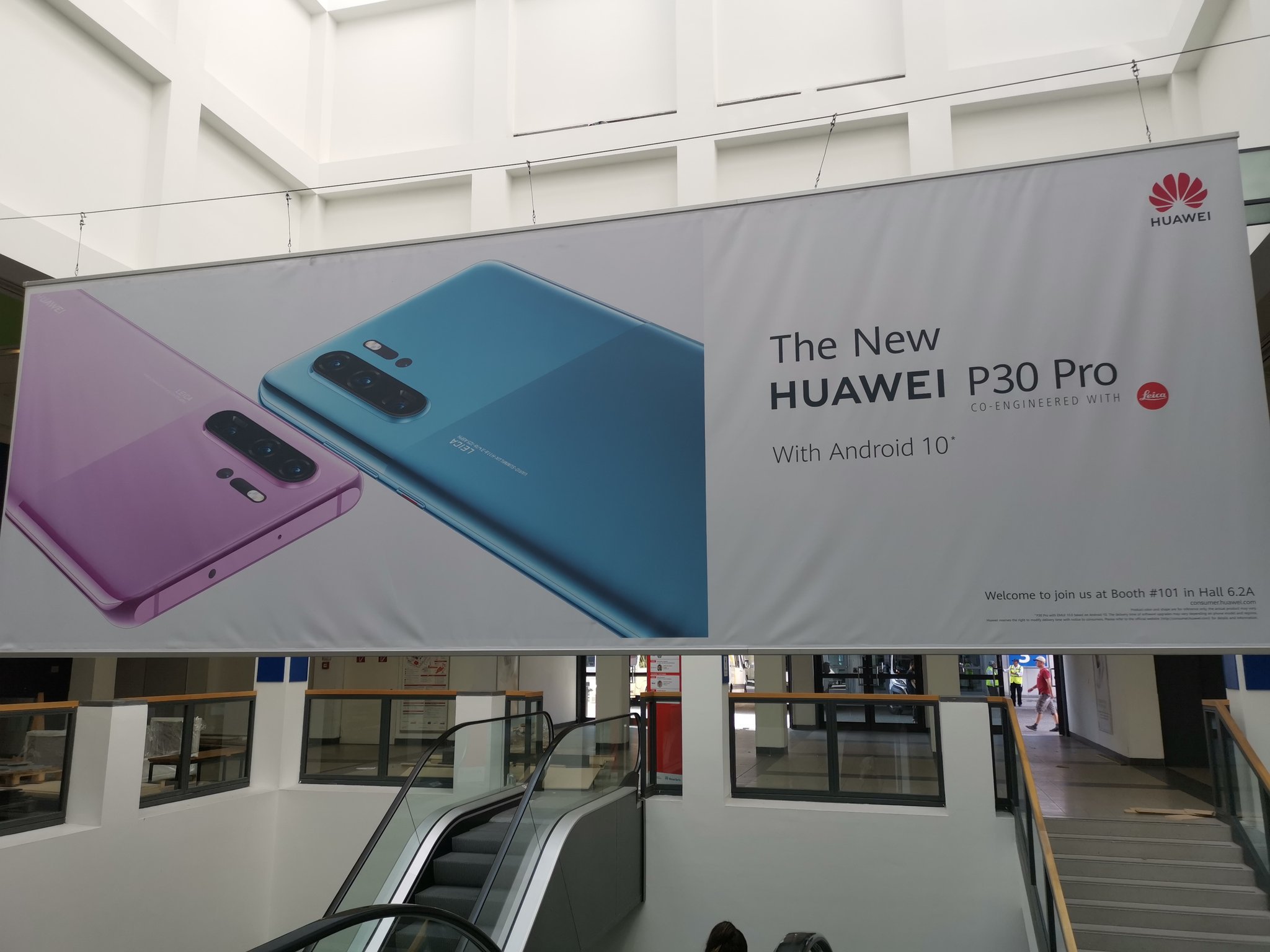