HP announces Chromebook x360 12b and 14b with USI stylus support 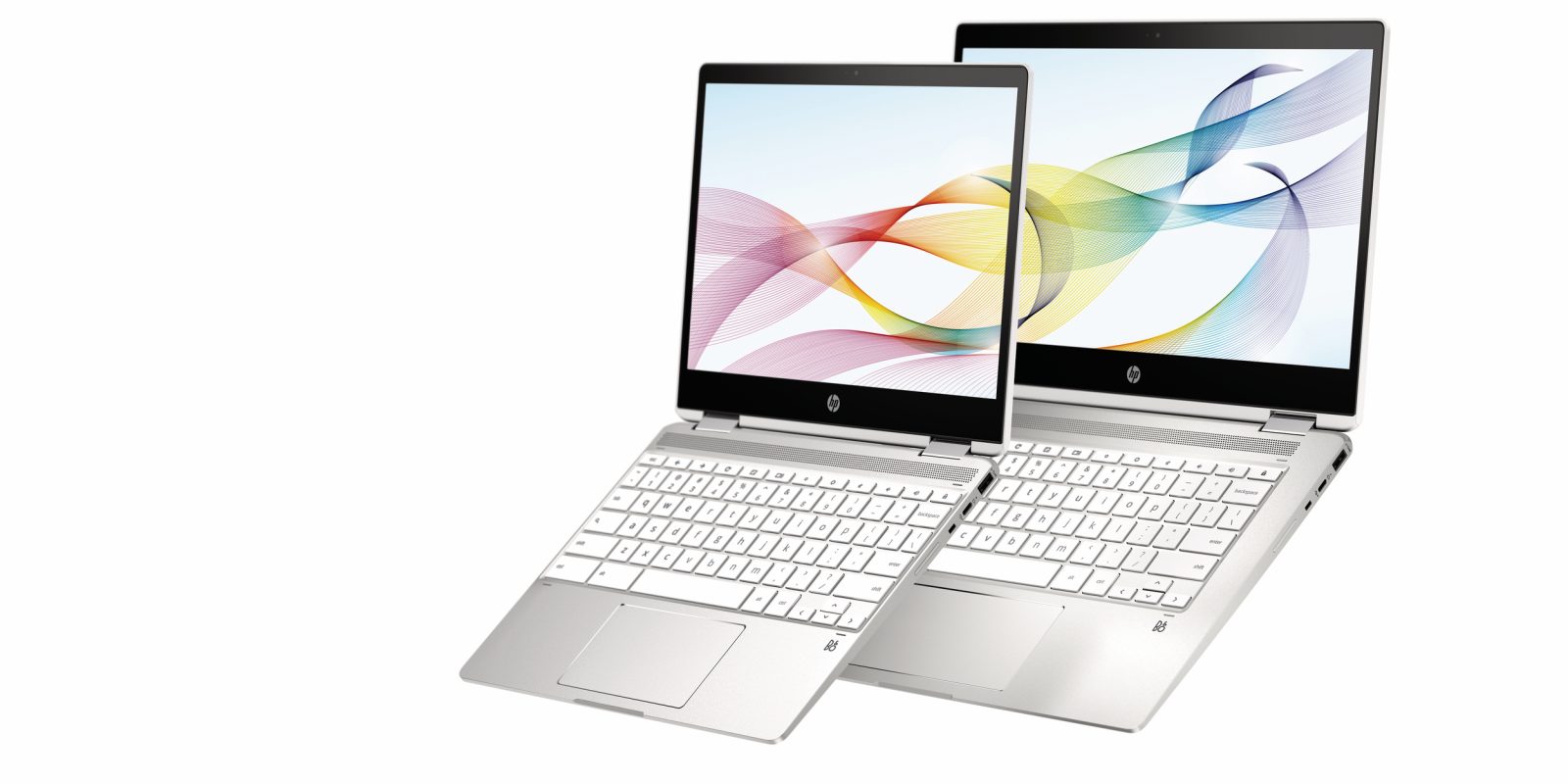 HP today announced the latest laptops in its Chromebook x360 line. Both are convertibles, with the HP Chromebook x360 12b being highly compact and supporting the Universal Stylus Initiative.

As the name suggests, the HP Chromebook x360 12b has a 12-inch 1366 x 912 touchscreen in a Pixelbook-like 3:2 aspect ratio that’s ideal for browsing the web. The left and right bezels are moderately thin, but HP continues to have a thicker bottom edge with the company’s logo.

This convertible can be used in regular laptop mode or as a tablet, and everything in between. HP touts a metal keyboard deck, with the entire package weighing 2.98 pounds. This is the first HP Chromebook to feature USI universal stylus support, though the HP rechargeable accessory that can magnetically dock to the side of the computer is sold separately. USI 1.0 is touted as the first open standard active stylus protocol.

It’s powered by an Intel Celeron N4000 with 4GB of LPDDR4 RAM and 32GB of storage. A healthy accompaniment of ports include two USB-C, one USB-A, microSD card slot, and a headphone jack. Connectivity includes Bluetooth 5.0 and Wi-Fi 5, which supports gigabit speeds.

The HP Chromebook x360 14b is bigger at 14-inches 1366 x 768, but otherwise the same. The keyboard is not edge-to-edge and slightly heavier at 3.48 pounds. This computer is rated at 10 hours of usage, while the smaller one can get 12 hours. A FHD display and Pentium quad-core processor option is also available with up to 128GB of storage. Both devices include a one-year subscription to Google One and the Google Assistant is built-in.