Android 10 is seeing its first — major — post-launch update with the October security patch. This release today is rolling out to all Pixel phones and includes the usual set of bug fixes.

There are 8 issues resolved in the October security patch dated 2019-10-01 and 19 for 2019-10-05. Vulnerabilities range from Moderate to Critical, with the most severe relating to the media framework and a remote attacker possibly executing arbitrary code through a crafted file.

This October security patch address an issue on the original Pixel and Pixel 2 discovered by Google’s Project Zero team that could give attackers full device control if a malicious app is installed. 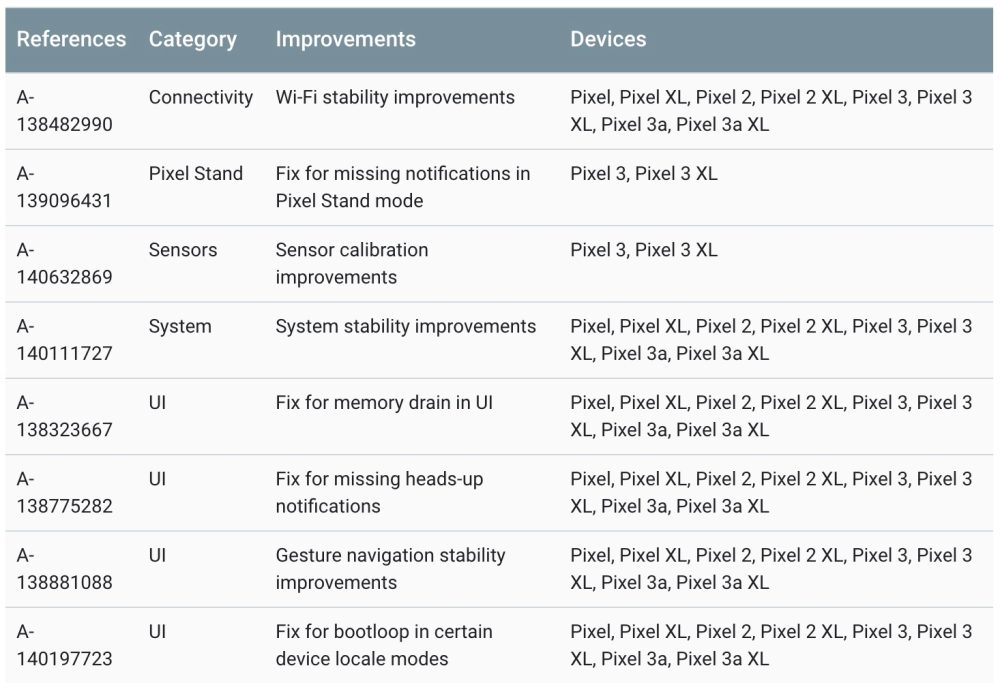 The full download and OTA links for the August security patch are below. If you need help, check out our guides on how to flash a factory or OTA image.