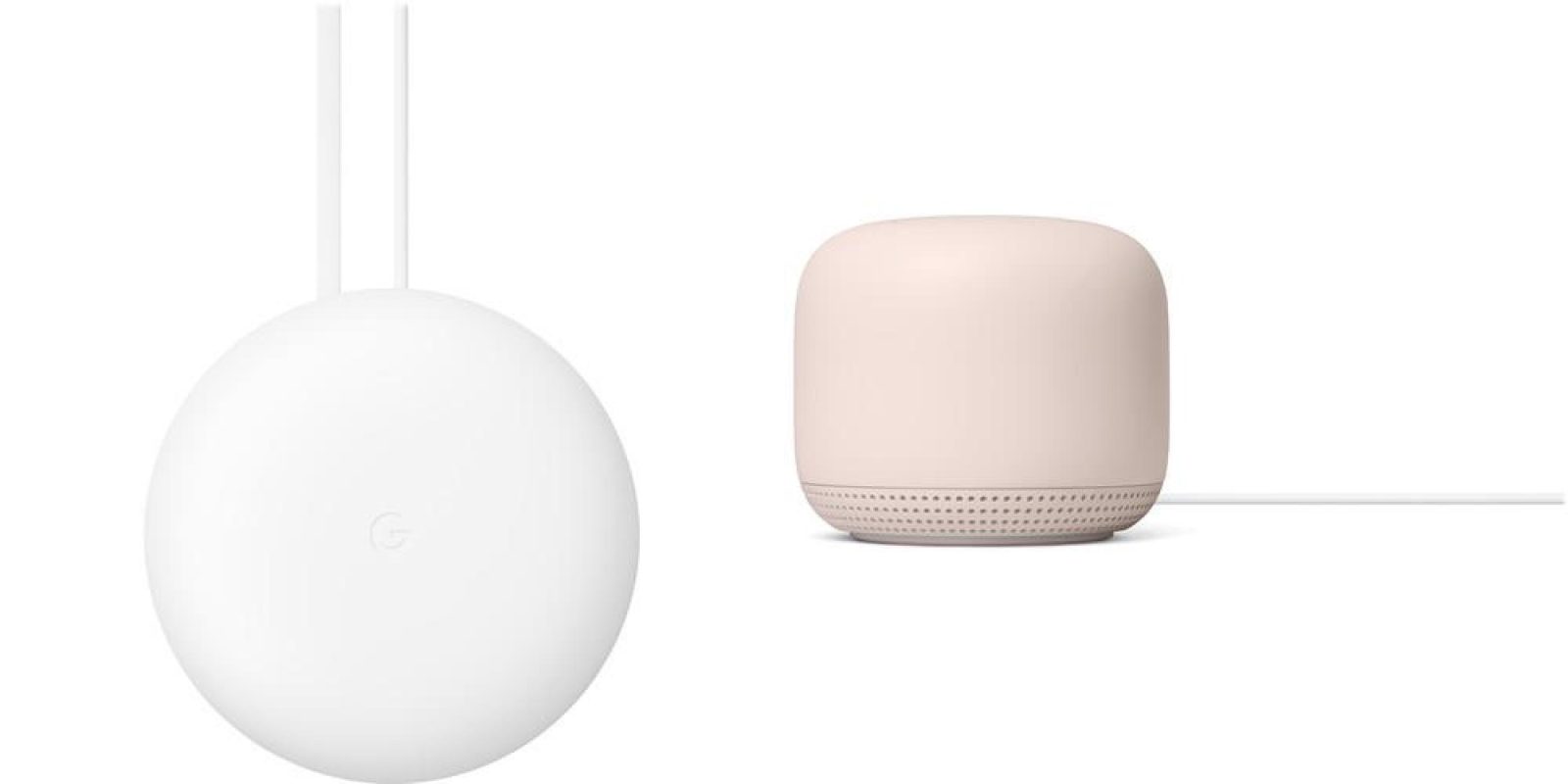 All but two Made by Google 2019 products have not been extensively detailed ahead of the Tuesday event. That count is down to a sole device (Pixel Buds) following a Nest Wifi leak emerging early this morning.

As we exclusively reported in June, there are two distinct parts of this new Nest Wifi system. A hands-on gallery posted and reuploaded to Reddit that looks to be from Engadget just leaked and details a familiar Made by Google design. B&H just before the event also posted a retail listing.

Both — frankly — look like cute marshmallows, but the Nest Wifi Router is distinguished by the lack of a speaker cutout at the bottom.

There appears to be a single pulsating status light instead of a bright ring, which the current Google Wifi already lets you decrease the brightness of. Compared to the original, it’s minimally taller and has a slightly larger diameter that shrinks and domes at the top and bottom.

While the Router’s bottom part is smooth, the Nest Wifi Point has speaker grills as this beacon doubles as a Nest Mini that can be placed in a house. It’s slightly more compact than the full Router. The rear has a microphone mute switch, but it’s not clear if there are other capacitive controls on top to adjust volume or initiate Google Assistant manually. There is a bright glow that emanates below. In one image, it’s orange and presumably denotes when the mic is disabled. 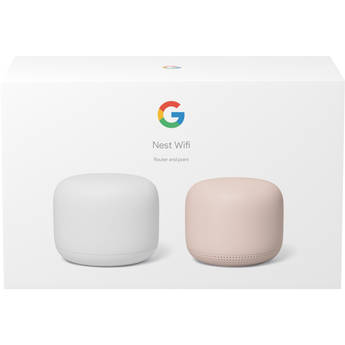 Like the Nest Mini that leaked yesterday, this Made by Google 2019 is also using a barrel plug for power. The compact smart speaker looks to be moving away from micro-USB, while the original Google Wifi uses USB-C.

The Nest Wifi Router appears to only come in white, while the Nest Wifi Point is also available in a very light blue and pink. 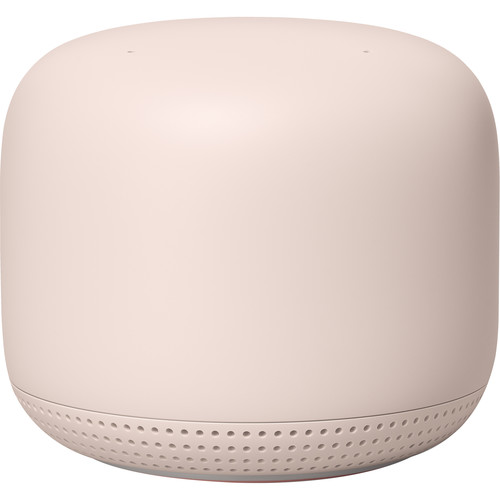