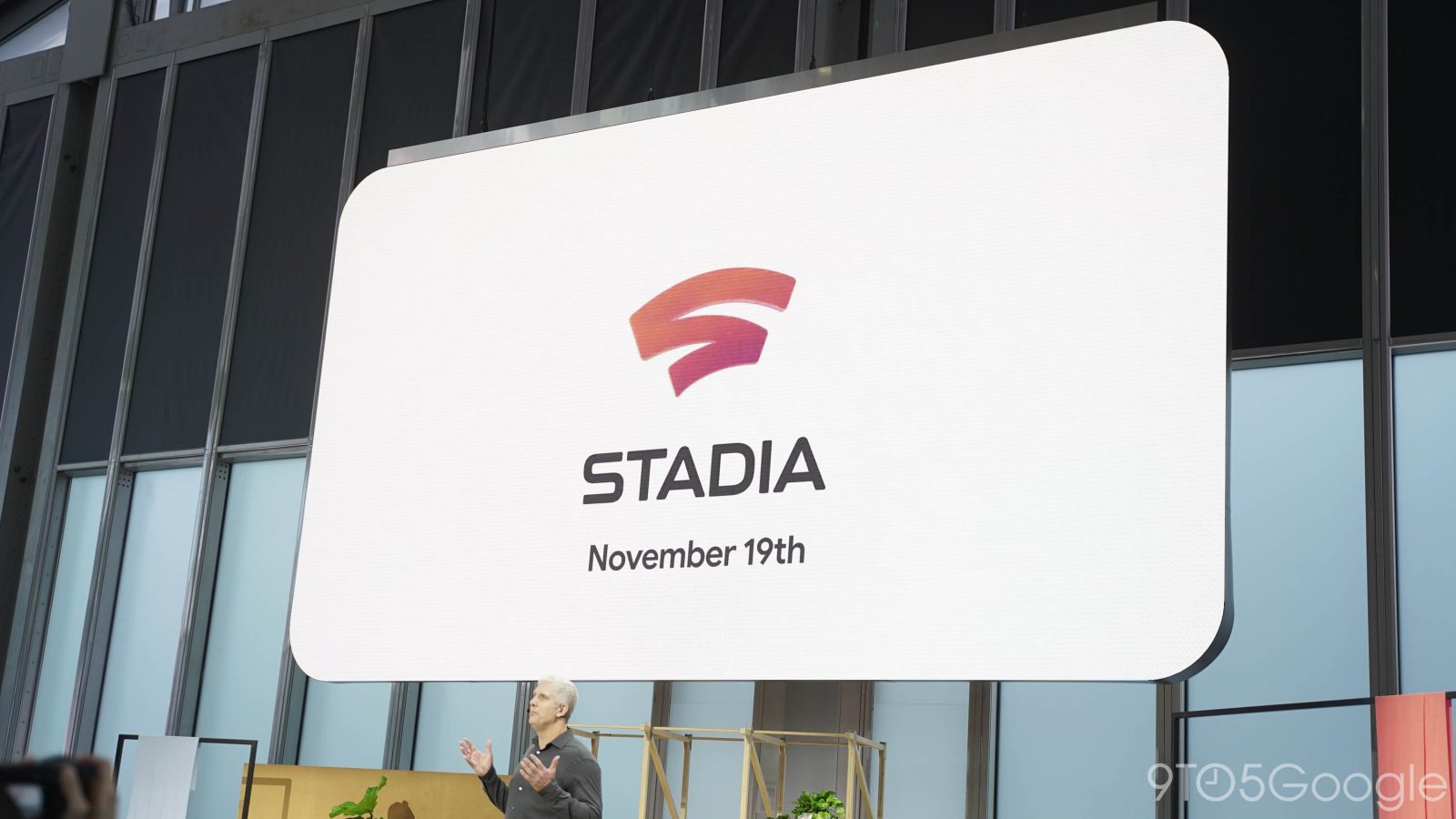 At Made by Google 2019, Google officially announced the launch date for Stadia. The game streaming service is coming on November 19.

At launch, Stadia only supports Made by Google devices for mobile phone gameplay. Before today’s addition of the Pixel 4 and Pixel 4 XL, the Stadia list included the Pixel 3, Pixel 3 XL, Pixel 3a, and Pixel 3a XL. Stadia Founder’s and Premiere Edition will begin shipping “in the same order that pre-orders were received.”

You’ll get an email when your package ships, and soon after, will receive a code to activate your Stadia account and Stadia Pro.

Delighted to confirm that #Stadia launch date is Tuesday November 19 2019 across all 14 launch markets. @GoogleStadia 111919

A controller is required, with Google pushing gamers to its Stadia Controller. This Made by Google accessory connects over Wi-Fi directly to data centers for the lowest latency experience. The PlayStation DualShock 4, Xbox One Controller, or any other standard device can also be used.

To play at launch next month, Stadia Founder’s Edition or Premiere Edition is required. The latter includes a Controller and Chromecast Ultra for TVs, as well as three months of Stadia Pro. Founder’s also get the ability to pick a unique user name, badge, and Buddy Pass to share.

The bundle is still available in the US, Canada, and UK, while the other 11 launch countries are offering Premiere at the same $129 price point.