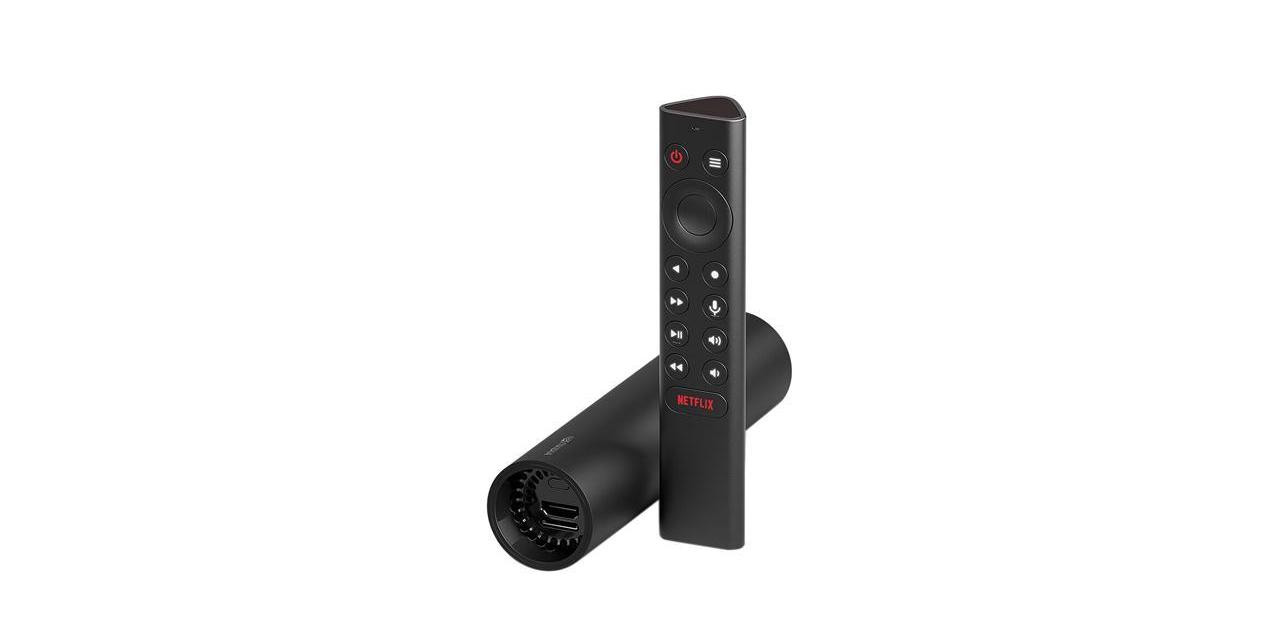 Earlier this morning, the Shield TV Pro popped up on Amazon with Dolby Vision support and a new remote. The second Nvidia device rumored for this year has now leaked from Newegg in an interesting circular stick-esque form factor.

The non-Pro and presumably entry-level streamer from Nvidia is just called the “Shield TV” on this early retail listing. It’s a small tube that spans 6.5 inches with ports and venting jam-packed into both flat surfaces. One side features a recessed HDMI and microSD card slot, while the other is home to power and Ethernet. Nvidia describes the “stealth” design as helping the device “disappear behind your entertainment center.”

The new SHIELD TV is compact, stealth, and designed to disappear behind your entertainment center, right along with your cables. With Gigabit Ethernet, dual-band AC Wi-Fi, a built-in power supply, and a microSD card slot for storage expansion, it is powerful, feature-packed, and built for behind-the-scenes brilliance. The all-new remote is more advanced than ever with motion-activated, backlit buttons — including a user-customizable button. With voice control, Bluetooth, IR control for your TV, and a built-in lost remote locator, you have the most advanced remote yet.

This Nvidia Shield TV stick is powered by an Nvidia Tegra X1+ processor that touts 25% faster performance, while allowing for 4K HDR, Dolby Vision, and Atmos support. It weighs only 4.83 oz and features 8 GB of internal storage — half of the Pro — though it can obviously be expanded.

Like the Pro, it features the new triangle-shaped remote with motion-activated backlit buttons and more dedicated keys, as well as a Netflix shortcut, than the original. Pricing for this Nvidia Shield TV stick is CAD $199 on Newegg Canada or about USD $150. [Update: This listing has been removed.]