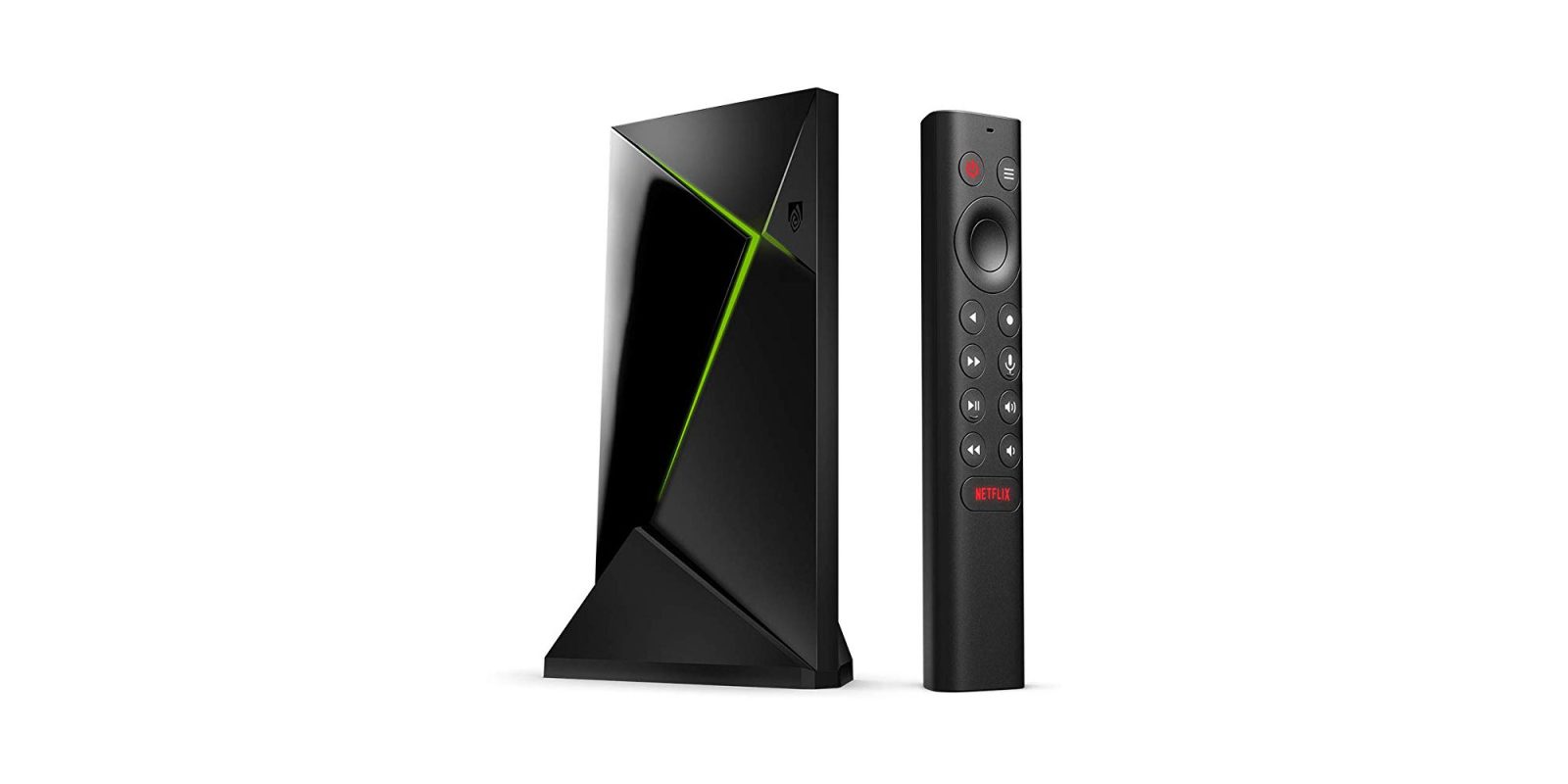 The Nvidia Shield TV is easily our favorite way to use Android TV and rumors have been swirling for weeks about a successor. Today, that successor broke cover on Amazon in the form of the “Nvidia Shield TV Pro.” Here’s what’s new.

It’s yet to be officially announced, but this new Nvidia Shield TV Pro includes a lot of improvements over the previous generation that also addresses a lot of complaints. Spotted on Amazon, the listing confirms just about everything about the new product.

The design of the set-top box itself is essentially unchanged from the previous model with its green accent light, 2 USB ports on the back, Ethernet, and HDMI for connecting to a TV. With this new generation, the biggest improvements to the hardware seem to come from the remote control.

Instead of the super-slim, easily lost design of the previous generation, the new Shield TV has a larger form factor that has more physical buttons and a triangular design. There’s a dedicated microphone button for Google Assistant and also a new button for launching Netflix.

Further, there are physical buttons for volume controls, power, and play/pause. There’s also a mention of a “lost remote locator,” but that may be tied to software. This new remote also uses standard batteries instead of the “coin” battery.

In terms of the specs, Nvidia Shield TV Pro uses an updated Tegra X1+ processor along with 3GB of RAM. There’s still just 16GB of storage, but that’s easily upgraded with the USB ports and a flash drive. Nvidia says the new processor should be about 25% faster.

Perhaps the biggest upgrade, though, is the long-awaited arrival of Dolby Vision support. Nvidia touted HDR on the previous Shield, but users have been clamoring for Dolby Vision support for quite some time now and we’re glad to see it’s finally here.

Pricing for the Nvidia Shield TV Pro here on Amazon is listed at $199, a slight $20 increase over the previous Shield + Remote bundle. The Amazon listing says it will ship on October 28th. We’ve reached out to Nvidia for comment and the listing has since been pulled.

NVIDIA SHIELD TV Pro is the ultimate streaming media player for the modern living room – packed with features to make even the most demanding users proud. Level up to SHIELD TV Pro for more storage space, two USB 3.0 ports for expandability (storage expansion, usb cameras, usb keyboards and controllers, TV tuners, and more), Plex Media Server, SmartThings hub-ready (just add a SmartThings Link), AAA Android gaming, Twitch broadcasting, and 3GB RAM. SHIELD’s versatility and speed set it apart. It’s a streamer, game console, DVR, media server, and smart home hub with voice assistants. Enjoy a cinematic experience with the highest quality 4K HDR entertainment, thousands of apps, thousands of games, and the Google Assistant built in. SHIELD TV is a high performance streaming media player, now up to 25% faster with the new Tegra X1+ processor. Enjoy Netflix, Prime Video, and Vudu in stunning 4K with Dolby Vision HDR and Dolby Atmos and Dolby Digital Plus surround sound. Upscale HD video to 4K in real-time using the power of AI and the Tegra X1+ processor. Cut the cord with apps like YouTube TV, Hulu Live TV, Sling TV, and PlayStation Vue. Cast your favorite apps to your TV with Chromecast 4K built-in. Use the built in Google Assistant to see results on your TV, control playback on your favorite shows, share your photos, see your Nest cam, display your calendar, check the traffic, play the latest songs, dim the lights, and so much more, all with your voice. Control SHIELD hands-free with Alexa and Amazon Echo or with Google Home. The all-new SHIELD remote is more advanced than ever with motion-activated backlit buttons, voice control, Bluetooth control, an IR blaster to control your TV, buttons for power, volume, fast-forward, rewind, play/pause, plus a user-customizable button. Plus, never lose your remote with a built-in remote locator. Connect a game controller (sold separately) for access to AAA gaming with GeForce NOW, NVIDIA’s engineering breakthrough in cloud gaming. Instantly transform your SHIELD TV into a GeForce-powered PC gaming rig. With hundreds of supported titles and features like cloud saves and cross-play on laptops and desktops, you can pick up a game from wherever you left off. Level up to SHIELD TV and never look back