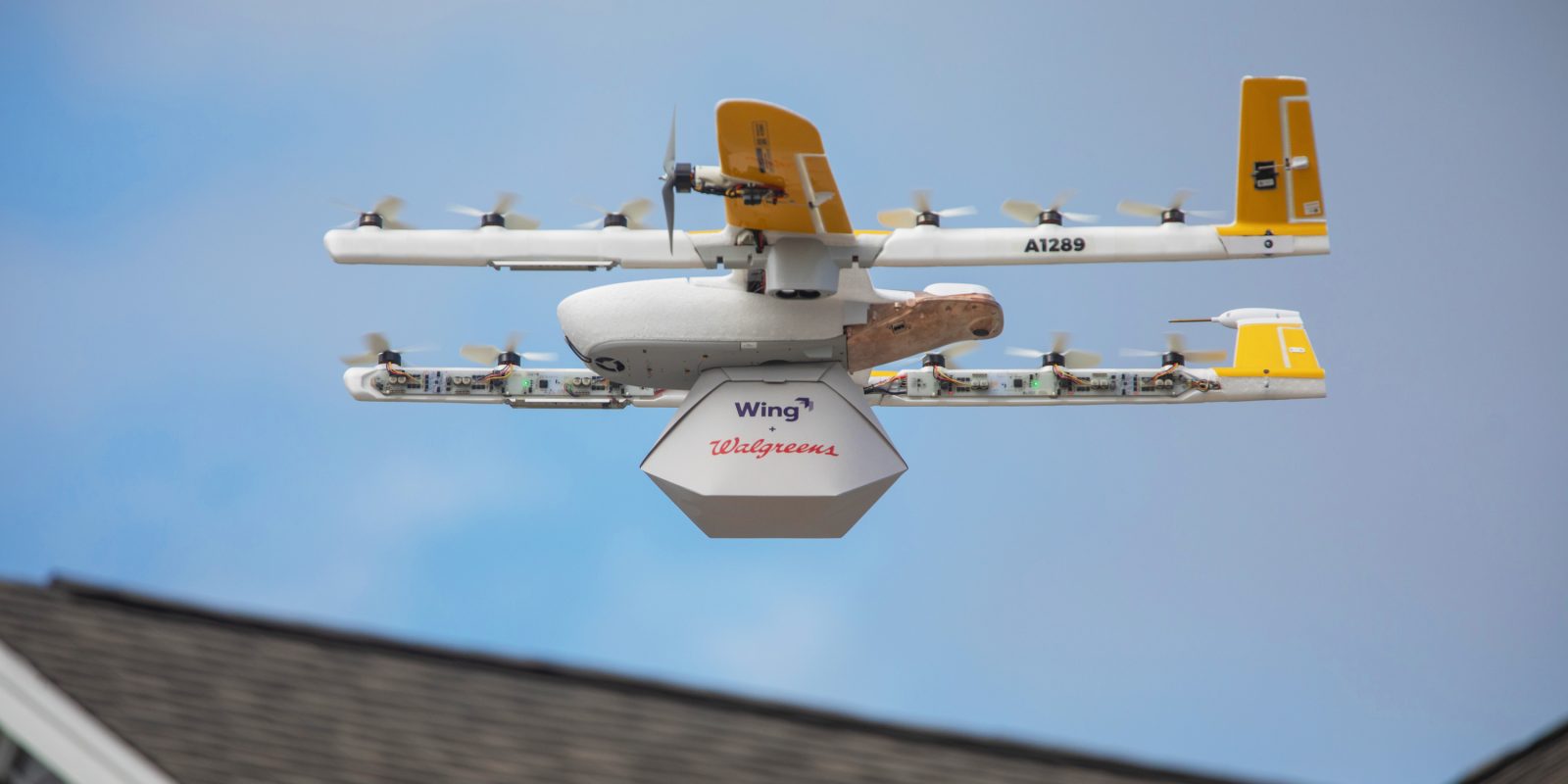 Last month, Wing announced a pilot program in the United States to deliver goods with drones. The first “air deliveries” were completed this afternoon in Christiansburg, Virginia.

Wing is working with FedEx Express, Walgreens, and local Virginia business Sugar Magnolia for this pilot. Orders from the two retailers are placed via the Wing app, while those expecting packages can opt in to receive scheduled FedEx deliveries.

Deliveries occur minutes after ordering, with the aircraft hovering upon arrival above an open yard or driveway. Housed in custom packaging, goods are then lowered via tether. The first items delivered by drone in the US include over-the-counter medication, snacks, and gifts.

Wing has a similar commercial delivery service in Australia after extensive testing, and more recently started trials in Helsinki, Finland. Virginia residents can sign up now for Wing US drone delivery. 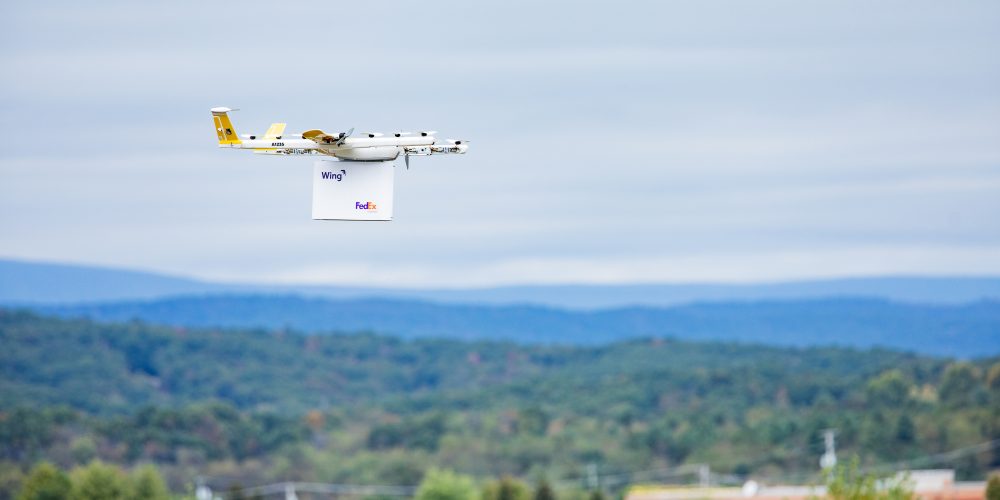