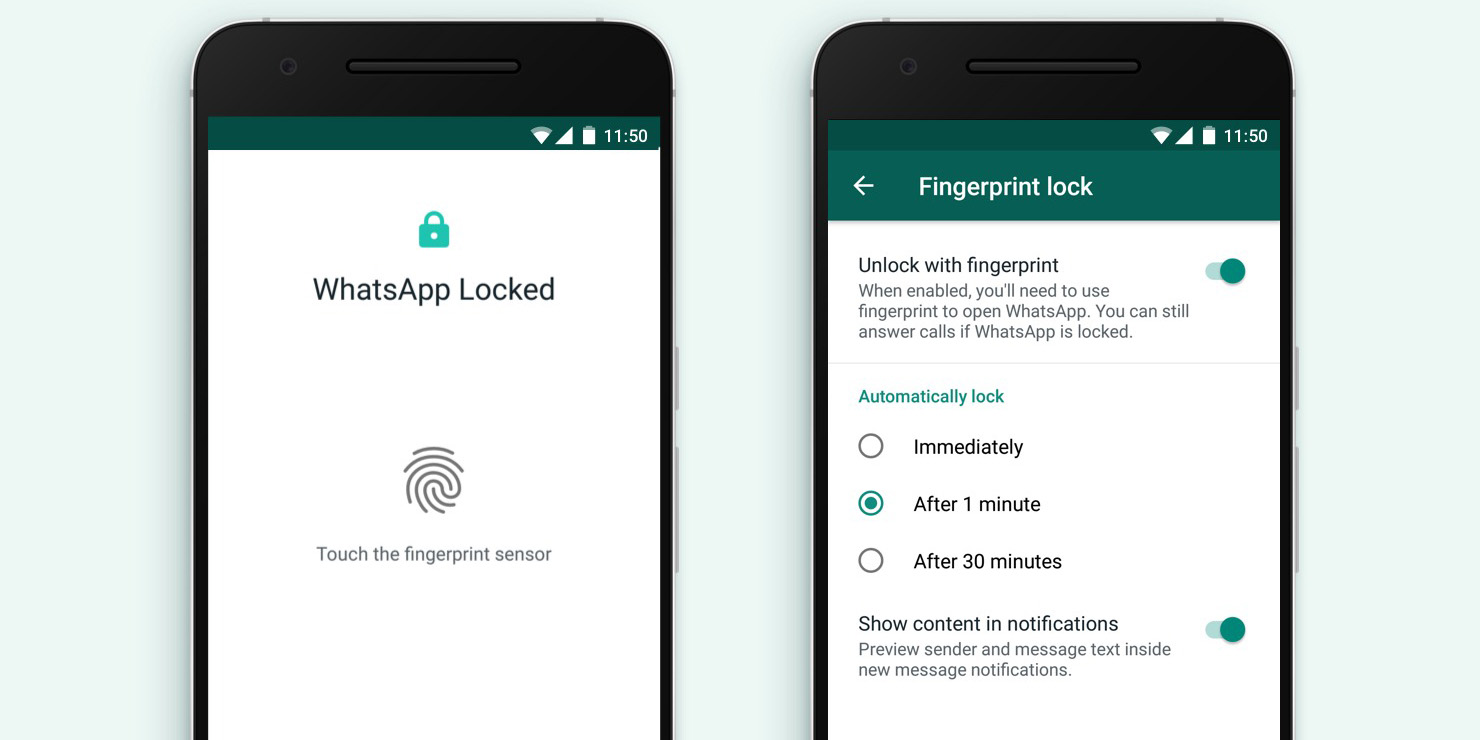 One of the world’s most popular messaging services, WhatsApp, is today announcing support for a new feature on Android. In the latest update, WhatsApp users on Android can lock their conversations behind a fingerprint.

Announced in a blog post today, WhatsApp revealed that it will begin rolling out support for fingerprint lock on its Android app. This feature – which previously rolled out on iOS with support for Touch ID and Face ID – allows WhatsApp users to hide their conversations behind the biometric authentication, adding a second layer of security.

Fingerprint lock doesn’t block calls, but it does hide messages and other logs behind another layer of security which is always a nice option to have. Users can also set a timer on the automatic lock to prevent the fingerprint dialog from appearing every time they open up the application.

We’ve yet to get this new feature on our devices, so we can’t confirm whether or not it also supports Google’s latest APIs and, thus, Pixel 4’s face unlock sensors.

Earlier this year, we rolled out Touch ID and Face ID for iPhone to provide an extra layer of security for WhatsApp users. Today we’re introducing similar authentication, allowing you to unlock the app with your fingerprint, on supported Android phones. To enable it, tap Settings > Account > Privacy > Fingerprint lock. Turn on Unlock with fingerprint, and confirm your fingerprint.+